Sometimes I say screw the family and make EXACTLY what I want for dinner. That's what I did Monday and their reaction surprised me quite a bit.

Let me set the stage…

In the morning I decided I'd make salmon but I had NO idea what to serve alongside. I decided I'd just wing it when dinner time came.

Well, dinner time arrived and now I was stuck with defrosted salmon fillets and no plan. I peered in the pantry and saw these 2 guys.

I immediately thought about mixing the two and making a pilaf style dish. But what about a vegetable?

I open the fridge and see a bag of raw spinach. Perfect!

I could eat things like this all the time!

The family? Not so much.

The Husband actually did like it. He left half his rice but whatever. Until he cooks a meal that doesn't contain frozen chicken nuggets or Mac&Cheese he can suck it. (Yes, we've had that conversation before.)

The 8-Year-Old surprisingly ate ALL the salmon without even the slightest nudge from me. I was SHOCKED! He didn't even need his trusty honey mustard (click here to read the honey mustard story and how I've been transitioning my kids to eating fish not in stick form.) The rice-quinoa mix, on the other hand, didn't go down as easily. He didn't hate it, but I needed to do my firm voice and remind him that's what I made for dinner so have a few bites and be done with it. He did.

I put a plate in front of him. He said, "I don't like this" and asked if he could have a cheese stick.

I'm not against bargaining so I said take 3 bites of "pink fish" (what we call it) and 3 bites of rice. Then you can have a cheese stick. After the slightest whine he said with a full mouth, "Cheese stick!"

When he was done he asked for ANOTHER cheese stick.

"Three more bites of everything." I said.

At this point the kid ate half a salmon fillet and about 2 tablespoons of pilaf. There were only 2 more bites of fish left on his plate. He said he was done so I let him down but left his plate there.

Within 10 minutes he asked for dessert and I'll give you one guess who ate those last 2 bites of "pink fish." 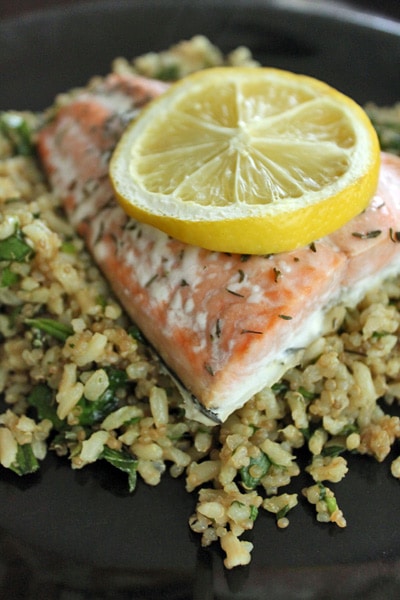 Score another one for Mommy, who LOVED this dinner! I could eat stuff like this all day, and it was so EASY! Check it out…

Line a cookie sheet with aluminum foil and spray with non-stick cooking spray.

Lay out the salmon, sprinkle with salt, thyme and a lemon slice. 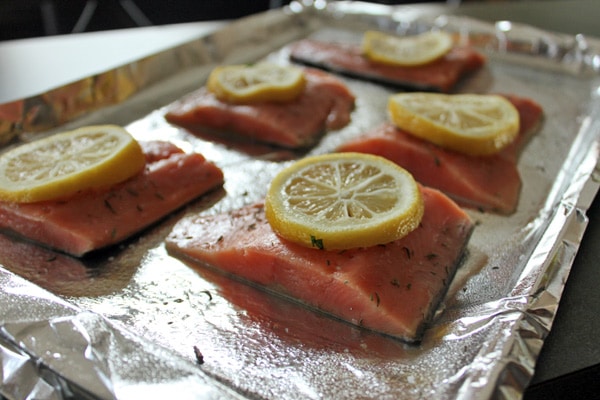 Put in the oven for approximately 10 minutes.

While the fish is cooking, prepare both the rice and quinoa according to their packages. 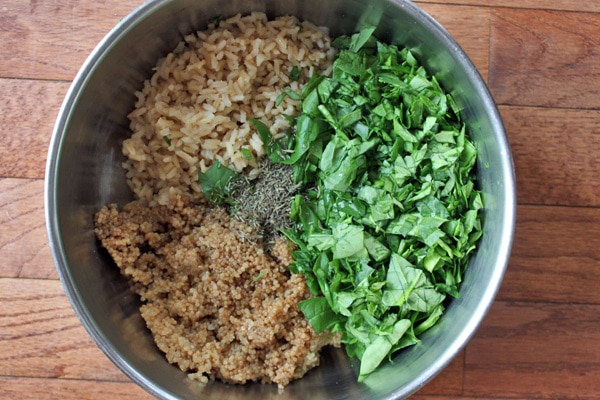 I didn't need to add any oil or salt as the quinoa packet contained enough of both. If you are making yours from scratch you'll probably at least want to add a pinch of salt. 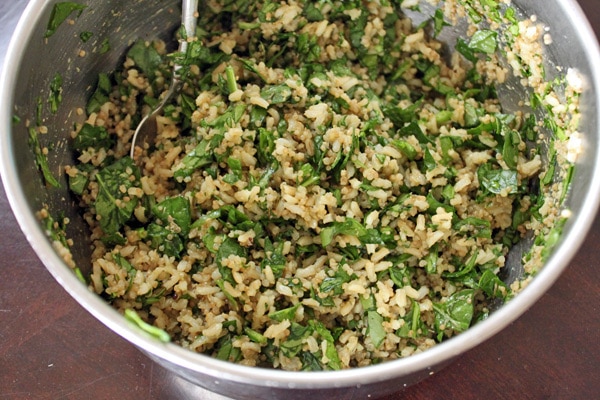 The heat from the rice and quinoa will wilt the spinach.

After 10 minutes check in on the salmon. If it's done it will flake easily with a fork. 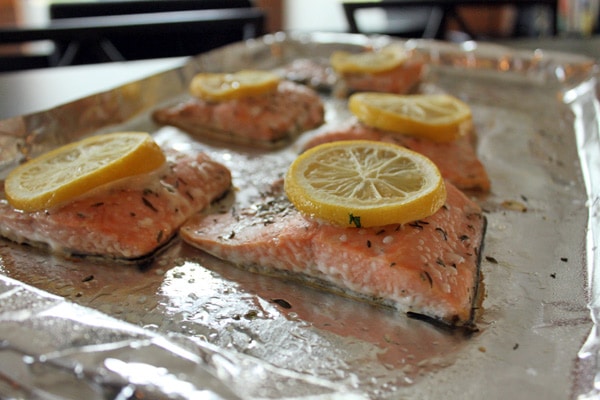 Place about a cup of the brown rice and quinoa pilaf on the plate, top with a salmon fillet and voila! 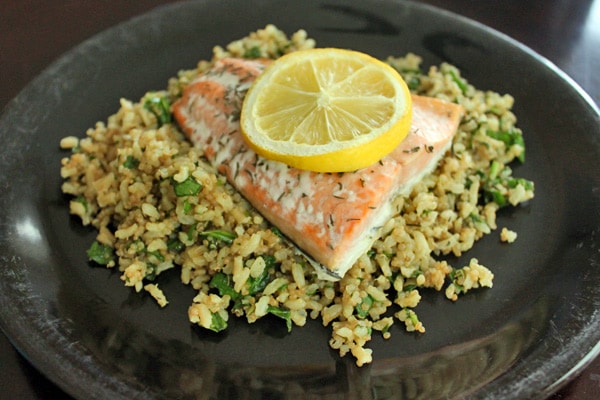 How pretty is that?! And you can't get much easier!