I followed a recipe!

This may be a first. I rarely stick to a recipe as posted, if I even read them at all. Normally when I cook  I cook by instinct after doing some visual research on Google Images, but this weekend I was presented with something so unknown to me I had no instinct.

Am I the only one who didn't know what a pork hock was? I really had no clue and there were 4 in this week's CSA share.

After a little digging online (Thank you Wikipedia!) I came to learn they are also called ham hocks or pork knuckle and they are basically a section of the pig's leg.

The cut has the bone in and it's known for being full of tendons and a bit fatty but the meat underneath is very flavorful and tender.

After looking at a few recipes, I decided to try this one from NourishPaleoFoods.com I don't follow the paleo diet but love getting ideas from paleo recipes because they are filled with things I want to be eating. Well, most of them. Some get a little crazy with that coconut flour stuff. 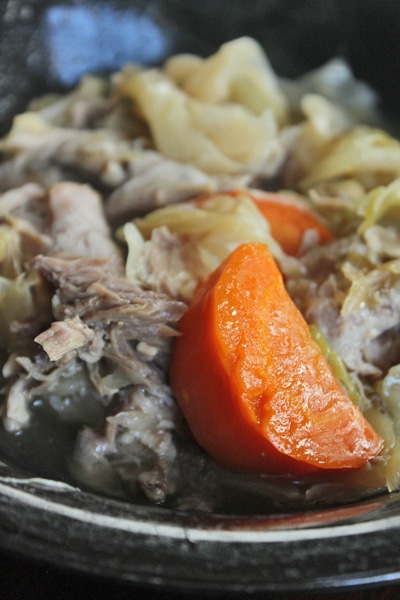 Anyway, I decided to follow the recipe as is because I had no idea what I was doing.

I did have to make 2 small changes, you'll see. (I guess I really didn't follow a recipe as is after all. lol)

I had some help prepping and someone tried raw cabbage! 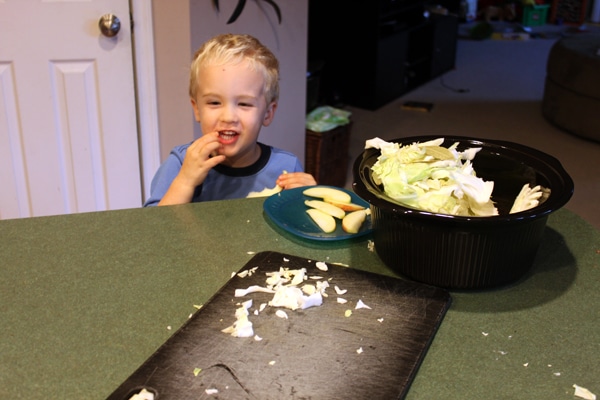 Put all ingredients except for the pork hock in a slow cooker. Stir them up a bit. 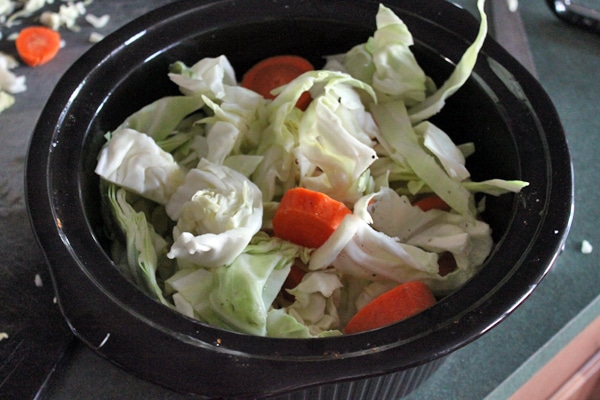 I didn't think there would be enough room, but I nestled the 2 pork hocks in the middle of the veggies. 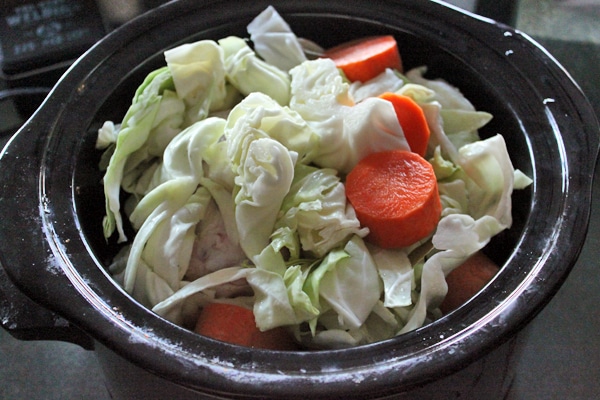 The original recipe said to cook for 8 hours over low heat, until meat falls of the bone, but the time wasn't working for me so I did high for 4 to 5 hour.

It worked! Meat was falling off the bone. 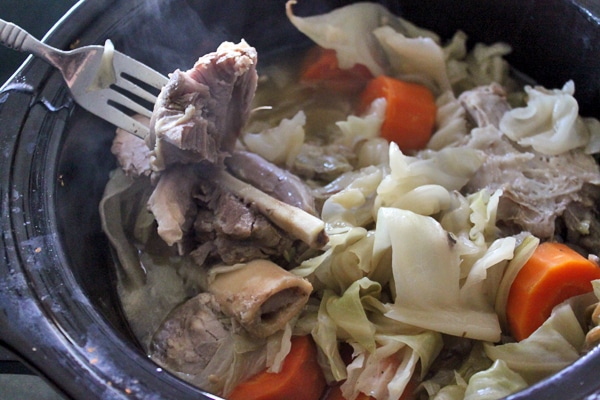 I removed the bones and stirred it all up. 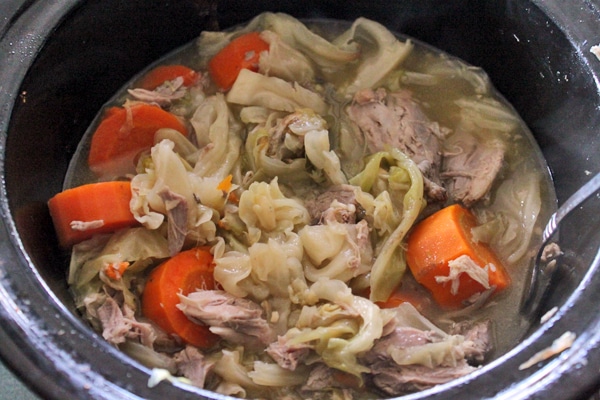 The smell was amazing and the meat was unbelievably tender.

Curious what the boys thought?

Well, the Husband totally surprised me and loved it! We even talked about adding in a few potatoes next time.

The 8-year-old was NOT impressed. He enjoyed the meat and a carrot but wasn't having the cabbage.

The 2-year-old had no idea what was going on and happily ate the pork but I couldn't get him to eat the carrot or cabbage.

Me? I LOVED it! The cabbage was soft yet meaty and absorbed all the wonderful flavor of the pork. The carrots were cut big enough so they cooked but were still slightly firm and the meat was unlike anything I have ever tasted.

I don't feel comfortable sharing nutritional info on this one because I really don't know how to calculate it. I ate my bowl of real food guilt free and I have one more serving to enjoy for lunch.  🙂

Any and all pork hock thoughts welcome. I have 2 more in the freezer and I'm not sure what I'll do with those next! Split pea soup?