Last week I decided to buy a whole pumpkin for the sole purpose of eating instead of jack-o-lantern carving. This concept is quite new to me. For as long as I can remember pumpkins came in two kinds: The kind you carve and the kind that comes out of a can.

It was actually my experiments with other winter squashes (butternut, spaghetti, delicata, and kabocha) that gave me the courage to buy a whole pumpkin for roasting.

I decided to roast it whole just like the way I do spaghetti squash. If you don't have to cut it in half, why bother?

So that's what I did, alongside a spaghetti squash. 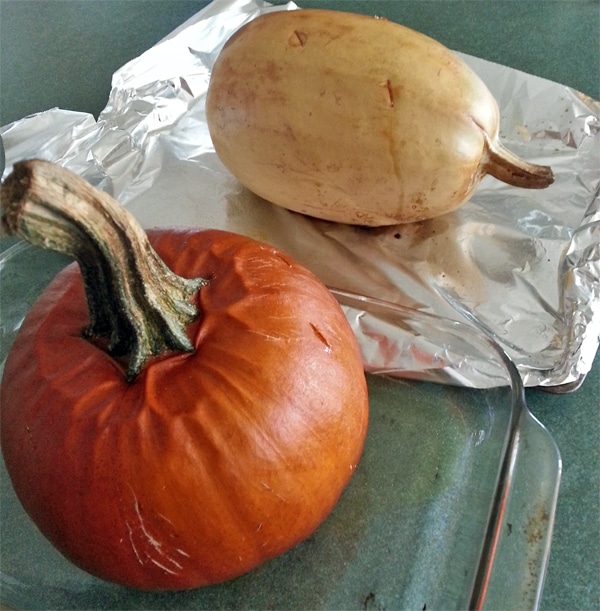 The pumpkin came out great but unfortunately I overcooked the spaghetti squash. Note to self: USE A TIMER!

Anyway, I let the two squashes cool for a bit and then I cut them in half. 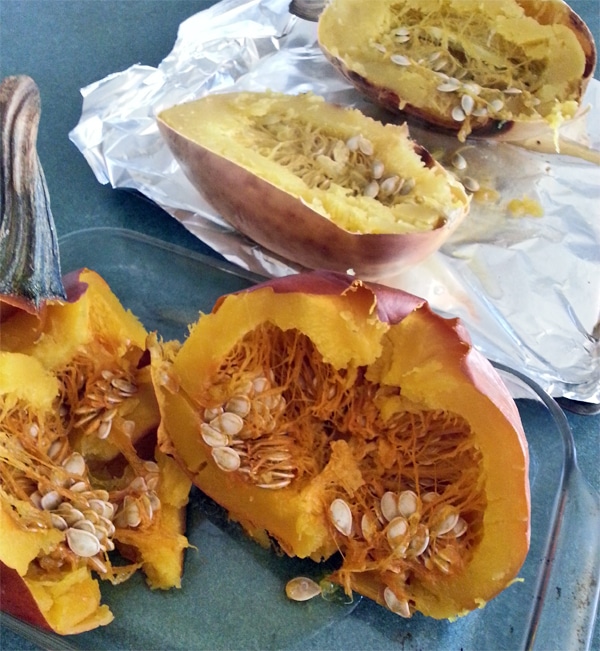 Since the spaghetti squash was so overdone, I decided to take the flesh of both and turn it into a soup.

Puree it all together and warm on the stove.

That's all you need to made a winter squash soup. 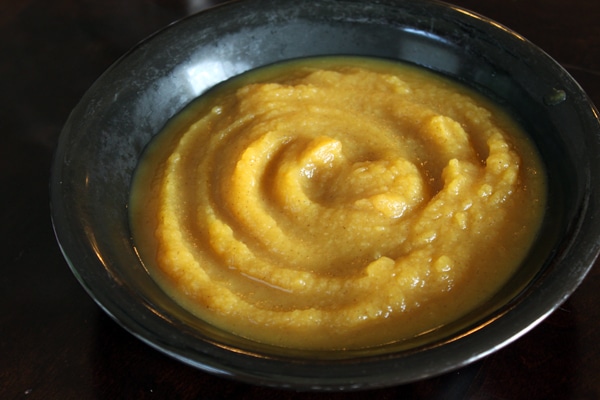 I tend to like mine thick, almost like baby food, but you can always thin it with more broth.

It's super yummy all by itself, but this week I discovered it's even better with a little cheese and bacon. 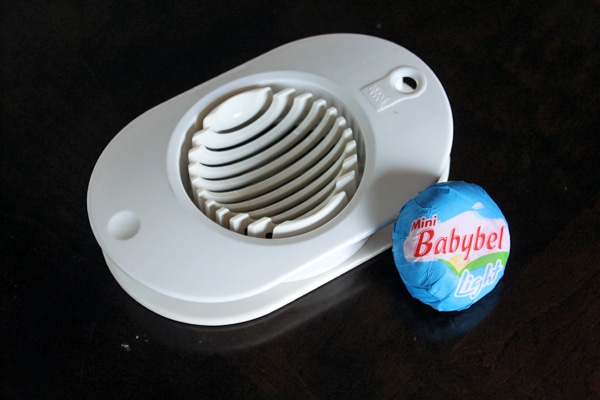 It hit me a few weeks ago that the egg slicer could easily double as a Mini Babybel slicer or cuber if you turn it and run it through again. 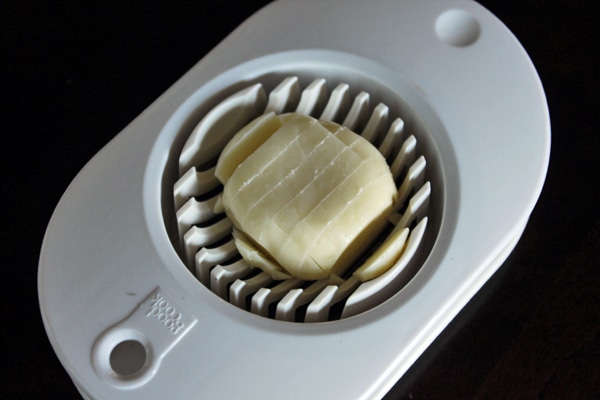 It works like a charm! You just have to peel a few of the chunks apart as the cheese tends to stick to itself. 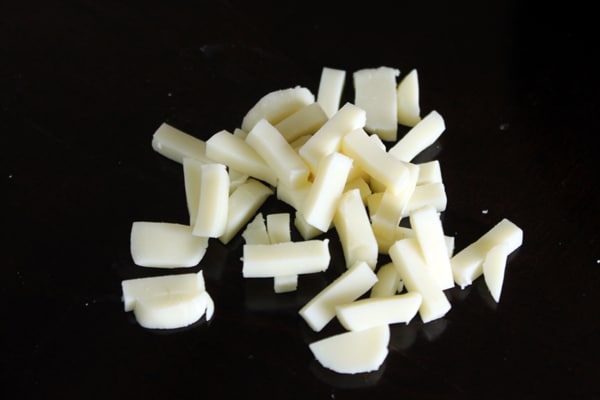 It created perfectly sized chunks that melted just enough when they hit the warm soup.

Add the cheese and 1 serving (7g) of real bacon bits and this was a bowl full of yummy fall goodness! 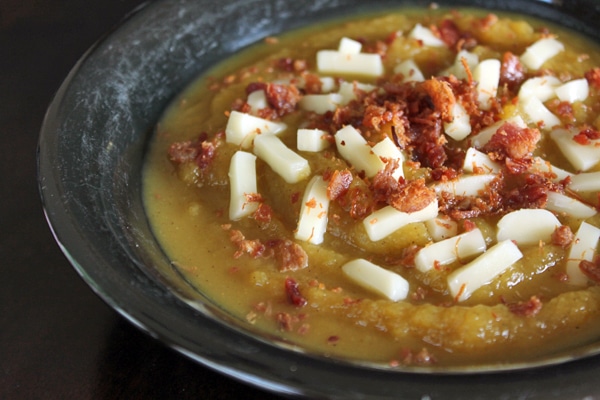 No one in the house liked it but me but, whatever, they don't know what's good for them. Who doesn't like winter squash? Seriously? 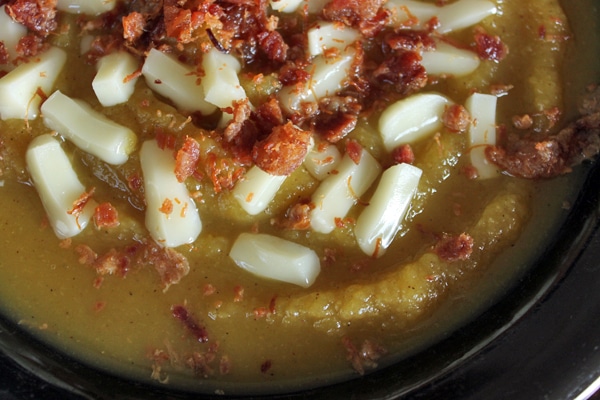 I know this isn't the traditional "recipe" style I usually share but I never planned on posting it so I didn't really measure anything for the soup. That's why I'm skipping the nutritional info on this one.

However, the takeaway is ...

OK, now please tell me I'm not crazy and that winter squashes are super yummy because I can't enough of them but all my boys aren't fans. 🙁