I think I've confessed this before but I'm going to do it again because I think it's important to know that everyone doesn't just like healthy things. Some of us work hard on it.

Avocado and I have been on an interesting journey.

When I was a child I don't remember even seeing avocados. Maybe it's because I grew up in the Northeast and they just weren't popular there in the '80s?? But I literally have ZERO avocado memories. When I went away to college, guacamole seemed to be all the rage and it grossed. me. out.  It was green and weird and lumpy.

Why would ANYONE eat that?

When I had Ryan in 2005 I started to incorporate healthier foods into our diet. That's when I bought my first avocado. He was maybe 18 months at the time. We cubed it up, tried it together and...

The texture actually made us both gag.

I still tried to include them in our diet because they are just so darn healthy, but the only way I could really stomach avocado was mashed and hidden in things like dressings and quesadillas.

Their nutritional profile and texture make it a such great baby food, so I decided to try again with him. Glad I did -- he loved them simply mashed -- click here and see how easy it is to feed babies avocado! He still eats plain cubed avocado 1-2 days a week. 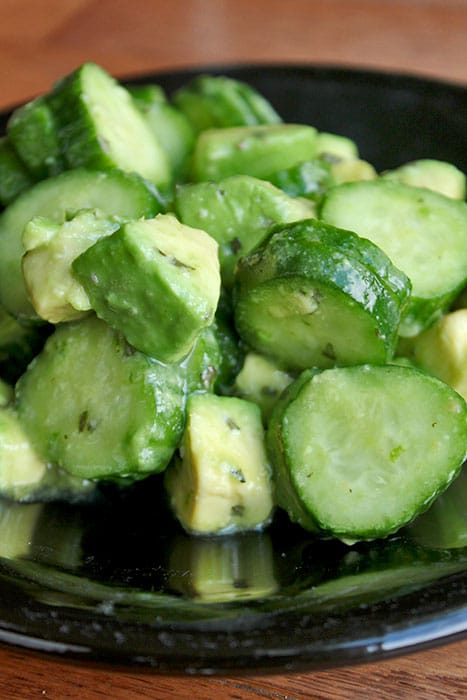 Ryan isn't as adventurous with it but will tolerate avocado in things like tacos. I, on the other hand have been slowly converted. I don't think I could eat plain cubes still but in a salad like this their creamy texture really shines and I love it! Especially balanced with the crunch of some fresh cucumbers.

Put the maple syrup and mint in a bowl large enough to hold all the ingredients. Zest the lime and squeeze the juice into the bowl. If you don't have a lime about a tablespoon and a half of bottled lime juice should be fine. Add salt and whisk. 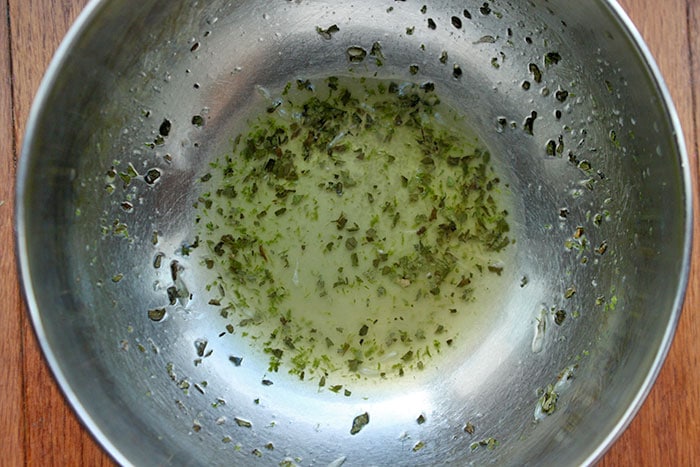 Add the avocado and cucumber to the bowl. Toss to coat everything. 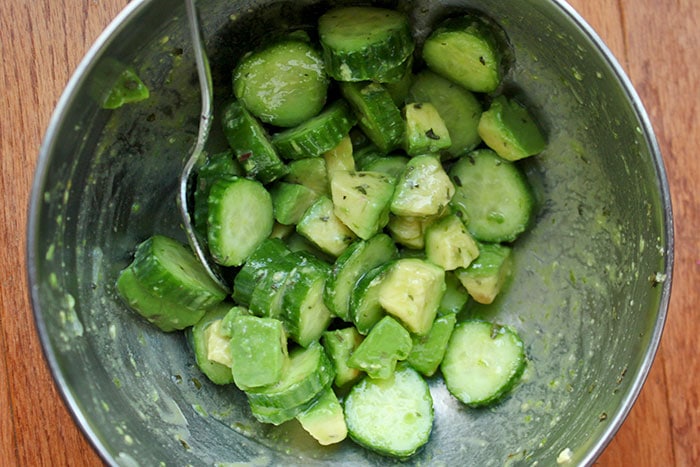 I poured it on a plate and enjoyed it as a snack... 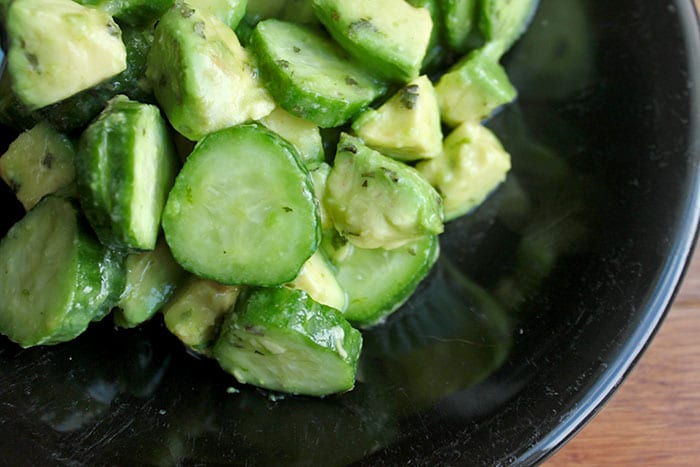 ...but it would make a great side dish to some chicken tenders or even grilled fish.

Hope you like it or are inspired to try something new. 🙂