I have a pantry full of strange grains Bob's Red Mill sent me last year and every once in a while I get an itch to experiment.

This time it was the bag of sorghum that caught my eye. According to the Whole Grains Counsel:

Sorghum is an ancient cereal grain and was collected 8,000 years ago in southern Egypt, in a place called Nabta Playa. Sorghum was domesticated in Ethiopia and Sudan and from there moved throughout all of Africa, where it remains an important cereal grain.

Sorghum is gluten free,  non-GMO, has an edible hull (less processing, more nutrients) and is easy to grow as it's resistant to drought. 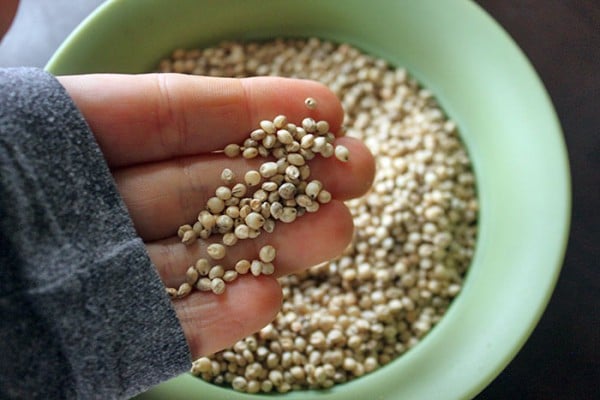 Apparently the U.S. is the largest producer of sorghum even though it's mostly used as livestock feed here.  Remember that time I shared a millet recipe? I had no idea it was literally bird food!

Anyway, I've experimented once before with sorghum and loved it -- click here to see my Sorghum-Black Bean Salad With Spinach and Cilantro recipe -- but I just kind of forgot about it in my pantry along with the amaranth, teff and spelt. These things just aren't my defaults yet. I'm trying but it takes a lot of effort to constantly cook up new things in ways the family will be receptive. Instead, I tend to gravitate to rice and potatoes for non-veggie side dishes. they're safe and loved by all. They are also quick! Sorghum takes at least an hour to cook, so I decided to give it a spin in the old crockpot.

The results were fabulous! I loved it!

The family? Well, they're another story. NO ONE liked the sorghum. Oh, the faces they made, I wish I took pictures. The Husband crinkled his nose, the 3-Year-Old spit it out and then 9-Year-Old tried to sneak away without his "one bite." But he didn't and his response after putting it in his mouth was, "No. Yuck." 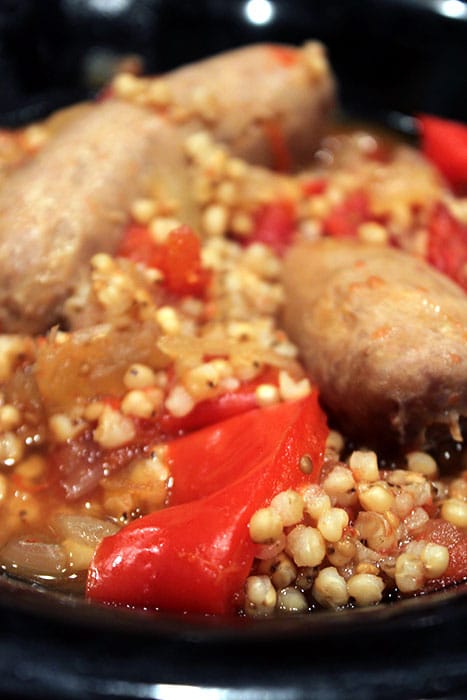 Apparently I'm the only one in the house who likes bird food but you can't go by them. They don't like winter squash, sweet potatoes, kale or even stuff on their pizza. They're all crazy!

Anyway, here's what I did. If you happen to have some sorghum hanging around maybe this will give you a few ideas. If not, why not give it a try? It's super cheap on Amazon -- Click here to check it out!

Put everything in the crockpot. 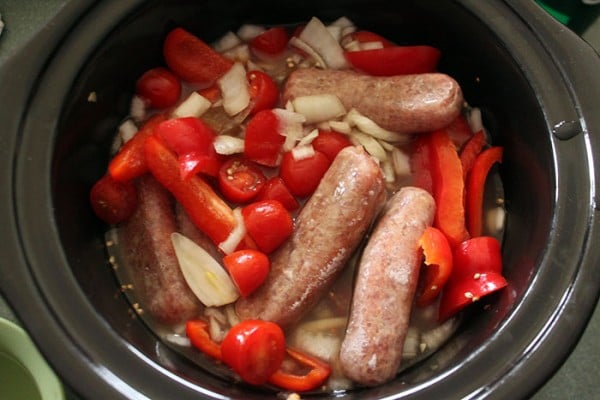 Cook on high for at least 5 hours; mine went for 7. 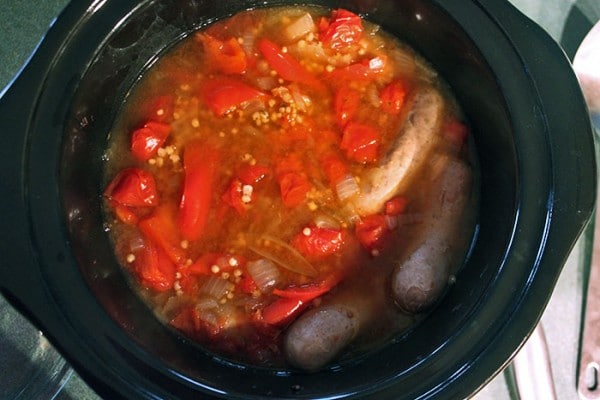 (Sorry for the bad photo, I lost my daylight.)

The sorghum will be tender with a yummy chewiness and the veggies soft, making them both a nice compliment to the meaty sausage. 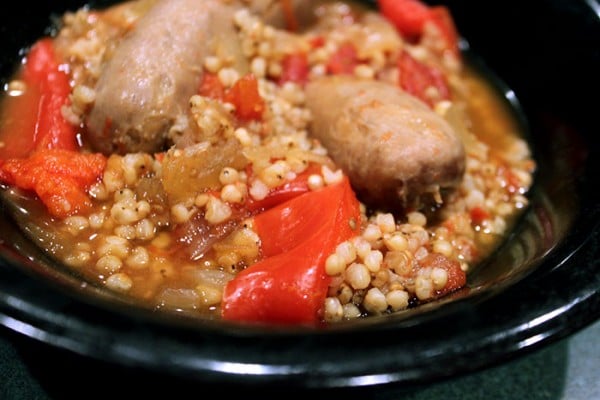 For me, this is a warm bowl of awesome! For the family? A disgusting mish mash of bird food and overcooked vegetables. *sigh* Sometimes it's hard being outnumbered by people who would rather eat fast food every day.