I know many people aren't fans, but I like to keep a bag or two of shirataki noodles in my pantry for "emergencies" aka I'm out of fresh ingredients.  These noodles are normally advertised as a "Miracle" or "Skinny

" as they are extremely low in calories because they are entirely made of fiber.

Shirataki Noodles are known for a weird fishy smell and their gummy texture. At first I was turned off because I thought of them as a replacement for pasta. They aren't. Nothing will come close to the taste and texture of traditional pasta. Once we realize this about anything we want to "replace" the better. I'm tired of the diet food mentality.

Once I figured out how to prepare them correctly I've become a fan of their ability to soak up flavors and bulk up dishes. I've come up with a couple of other ideas using them that I absolutely love -- click here to check them out.

Yesterday my "emergency" was a complete lack of fresh food. I haven't shopped since I got back from my trip and my farm share pick up is today, so I was in no hurry to hit the store anyway. The husband was fine with hitting fast food, of course, but I'd rather depend on my pantry for some home-cooked eats.

I looked in the fridge and found some leftover ham and a bag of shredded cheese. Hmmm ... ham and cheese in "pasta" form. That could be fun!  Then I looked in the freezer. Peas! I love peas with ham!

My idea for Shirataki Noodles With Ham, Peas and Cheese Sauce was born! 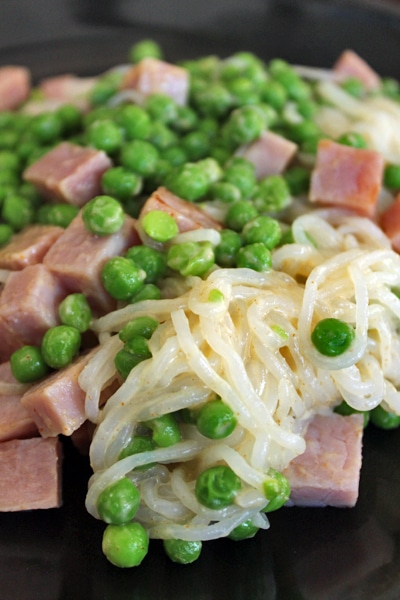 Frankly, when making the cheese sauce I was a little worried it wasn't going to turn out the way I planned but it did! The cheese sauce gave it just enough of that yummy taste to bring everything together and I liked the little bit of heat from the mustard and red pepper. Even the husband said it looked and smelled good when he walked by! That's a first.

Drain and rinse the pasta. Then get as much moisture out of them by drying on a towel. 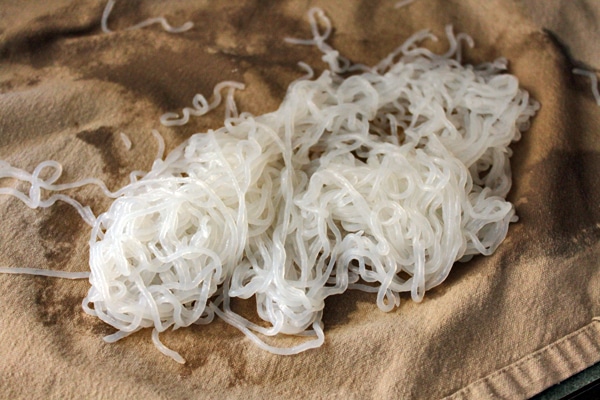 Let the noodles sit while you prepare the cheese sauce.

In a small pot add the milk, flour, mustard, salt and pepper. Whisk it over medium heat until it warms. Add the cheese and keep whisking until it melts in. 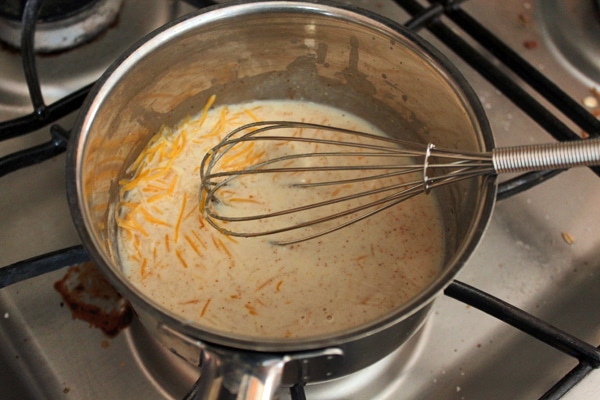 Lower the cheese sauce to a simmer and start the noodles.

Heat a non-stick skillet over medium-high and spray with cooking spray. Add the noodles and toss, separating them so they can dry out a bit. 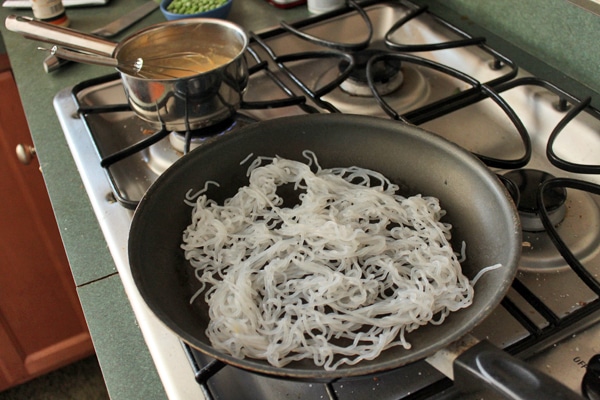 Add the ham and frozen peas and toss around mixing everything until the peas defrost and the ham warms, about 2 minutes. 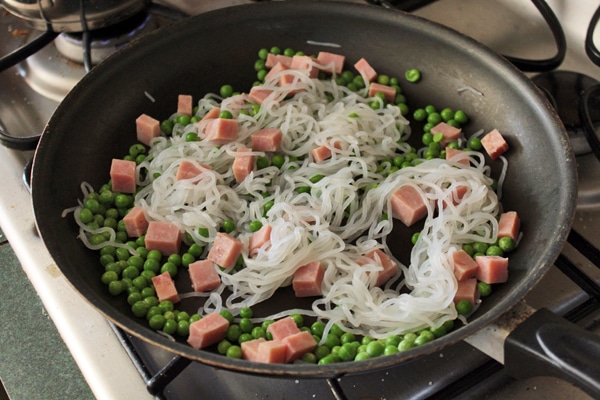 Add the cheese sauce. Use a rubber scraper to make sure to get as much as possible to transfer to the skillet. 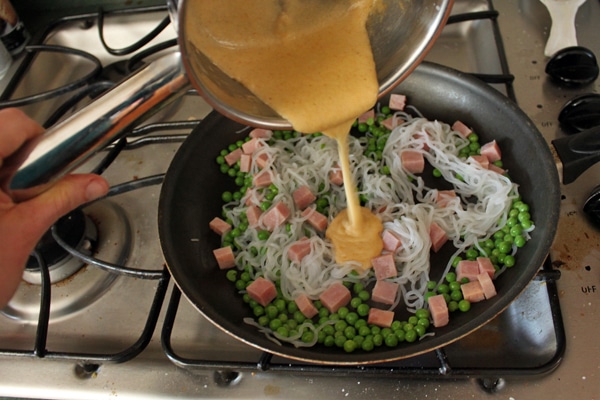 Toss everything together cooking for another minute or two. The noodles have a tendency to glob together; just keep separating them and mixing in the rest of the ingredients.

Pour onto a plate and enjoy!