This is fast becoming a staple dinner in my house. It's a simple meal that only has one ingredient the kids turn up their noses to: mushrooms. Other than that they love it just as much as The Husband does, who, if it was up to him, would eat this daily. Well, maybe every other day alternating it with pasta and my homemade sauce. He's the type of person who can eat the same thing over and over -- just another way we're complete opposites.

Anyway, I make this about 2-3 times a month but finally decided to jot down a few notes so I can share it here on the blog. Normally I'm just whipping it together without measuring as it's a forgiving recipe. You really can't mess it up -- I promise!

I used to make a similar dish that used a can of mushroom soup -- click here to check it out -- it's amazing how much less dependent I've become on store-bought stuff. Not that there's anything wrong with it, but I like keeping fewer things in stock and making more from scratch. 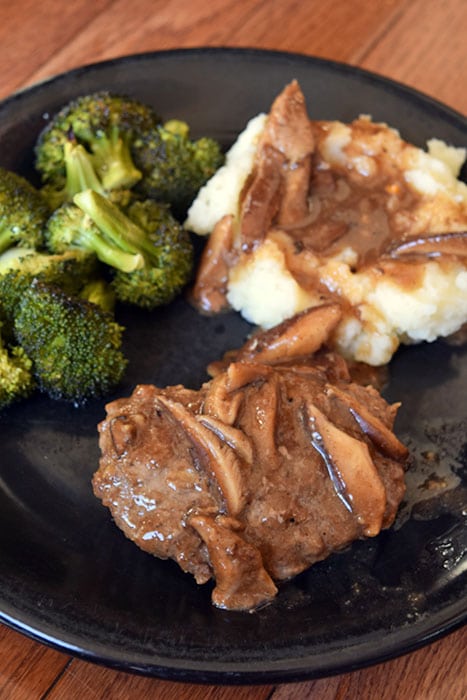 Using your hands, form the meat mixture into 8 patties.

Heat the oil in a large pan over medium-high. Brown the patties (I do mine in 2 batches -- 4 at a time) then remove them from the pan. They do not have to be cooked through, just seared.

Add the sliced mushrooms to the pan with a pinch of salt and toss around until they begin to soften. 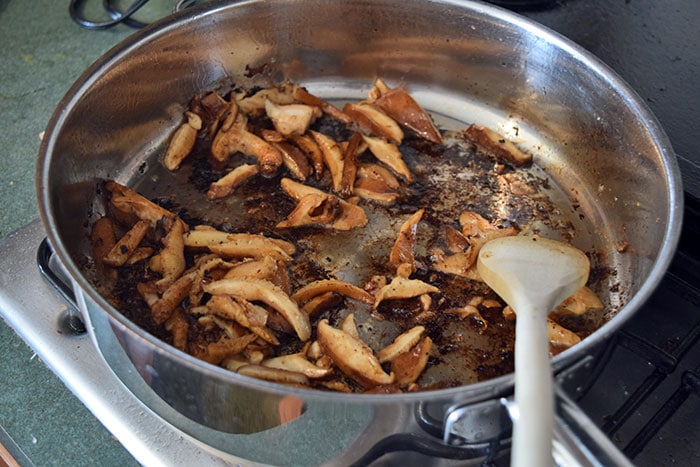 Add the 2 cups of broth and work all those tasty brown bits off the bottom of the pan. It will darken it right up! 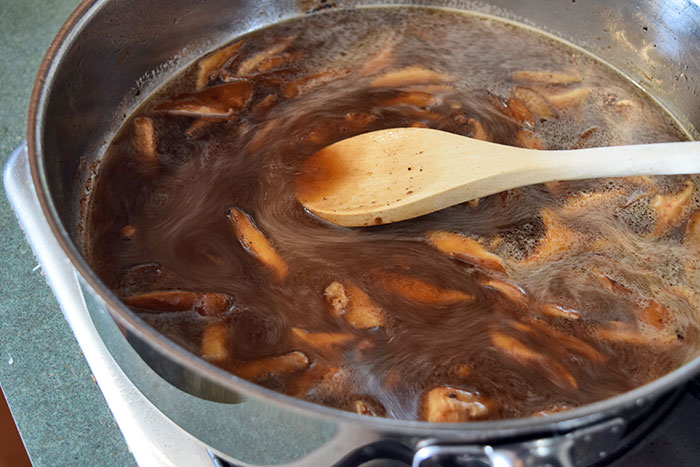 While the broth is lightly bubbling in the pan, make a flavor-thickening bomb -- at least that's what I call it -- by mixing the 2 tbsp of oat flour with the remaining soy sauce and worcestershire sauce. 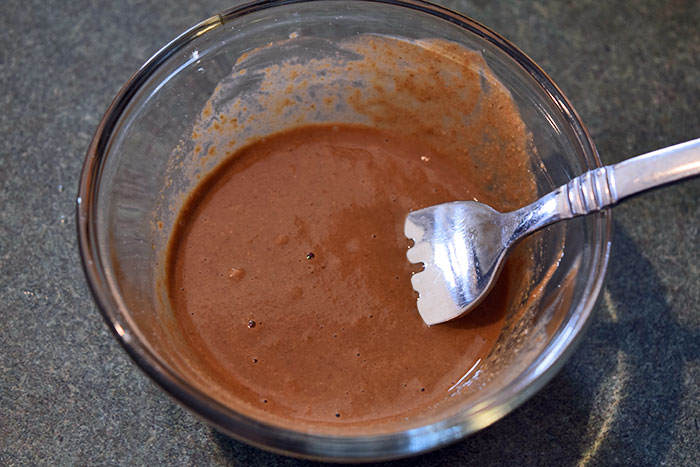 Put the flavor bomb in the broth and stir in; it should thicken almost immediately.

Return the browned steaks to the pan, coating them in the gravy. Lower to a simmer and cover for 10-15 minutes.

During that time I mash potatoes and finish up the broccoli I was roasting. 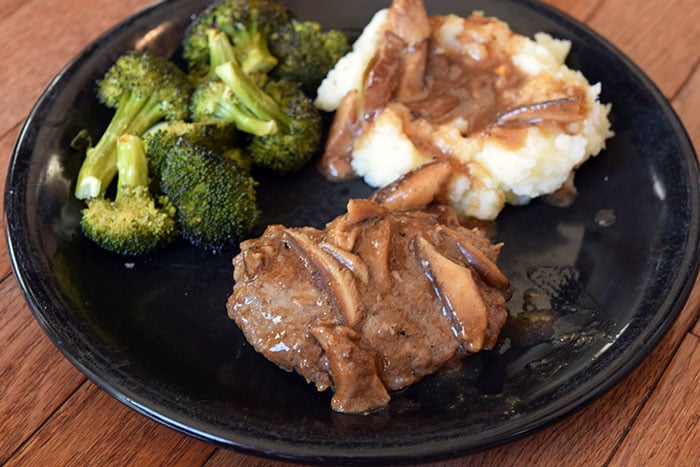 Family dinner done! And the only complaint I heard was... "Can you not give me a lot of mushrooms?" 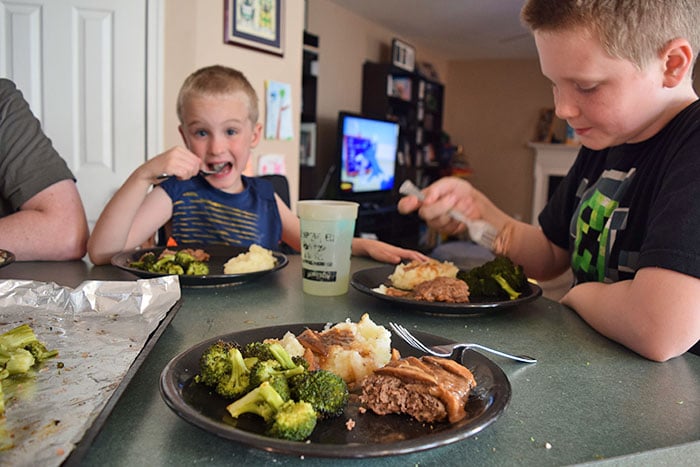 The kids pick them out while The Husband and I think they are the best part. It's hysterical.

You'll notice I used 2 pounds of meat for this recipe. The reason is two-fold. First, the kids are getting older and eating more. I'm starting to transition to making larger meals because I have a feeling they are going to start eating me out of house and home. Second, I want leftovers! 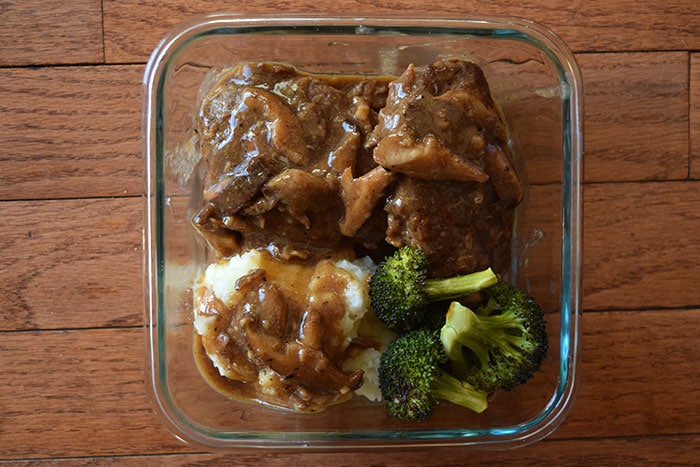 Just pop it into the microwave for the perfect lunch!

Interested in responsibly raised, grass-fed protein sources?  Check out ButcherBox! I've recently become an affiliate. They are a meat delivery service that provides 100% grass fed AND grass-finished beef. No hormones, no antibiotics, no feedlots, all pasture and sustainably raised.

It’s pretty impressive and very convenient if you live in an area where finding high quality meats is hard.

Previous Post: « The Perfect 3-Ingredient Soup with 2 Meal-Planning Tips on the Side
Next Post: Quinoa, Pineapple and Mango Salad With Avocado »