This weekend I made the most amazing, simple soup and it reminded me of all the little things I do day-to-day to help me feel in control of my diet. Before we go any further let me establish I despise the word "diet" when used to represent calorie restriction for a short period of time solely for the purpose of losing weight.

Instead I use it to simply mean "what I eat," which I happen to take fairly seriously. I say fairly because I am a fan of moderation and balance -- I know, I know two overused, eye roll-inducing words, but it's true!  I try my best to be intuitive and focus on nutritious foods as much as possible because I feel better when I do.

That doesn't mean  I drool over bulgar instead of brownies or crave chard instead of chocolate. Sometimes I have to trick myself into eating better, and you  know my family's eating habits by now. They aren't always down with my mission to eat healthier either, but I've learned a few easy and subtle changes that do make a difference (which, do dare I say are very #wycwyc <-- I wrote a book in case you didn't know) over the years. These are simple things I do all the time now without even realizing it.

I do my best to make my spice mixes from scratch. I know there are prepackaged spice packets, but when I read the ingredients, especially the sodium content, I'm like, whoa!

I'd much rather keep a pantry full of simple, base spices that I can make a variety of seasonings from. I can control the amount of salt I use and have fun experimenting and customize my dishes. Some spices even have health benefits we forget about.

2. Do it Yourself Dressings

You have to watch dressings just like you watch spice mixes. Instead of the traditional store-bought stuff I'll keep the basics in my pantry (oil, vinegar, lemon juice, mustard, Just Mayo by Hampton Creek, honey, maple syrup, etc.) and just have fun making dressings to match whatever I'm in the mood for that day.

I say "sneak" but my kids know I'm all about the vegetables so I don't really keep it a secret. I really just mean include as many veggies as you can in dishes you may otherwise not consider,  like bulking chili with zucchini and/or eggplant. I also put veggies in sauces, add mushrooms to ground beef, and I never make pizza without a sprinkling of chopped baby spinach-- my kids are so used to it they think spinach is an herb like parsley.

4. Cash in on Convenience

When I think of "convenience food" I generally think of pre-packaged meals, drive-thus and protein bars, but did you know your grocery store's produce department probably has a whole host of fresh "convenience items" like precut  fruit and vegetables.

That's what I picked up to make my soup this weekend because there was no way I was coming home from the beach and hacking at a huge butternut. I just didn't have the time or energy. Instead I bought this... 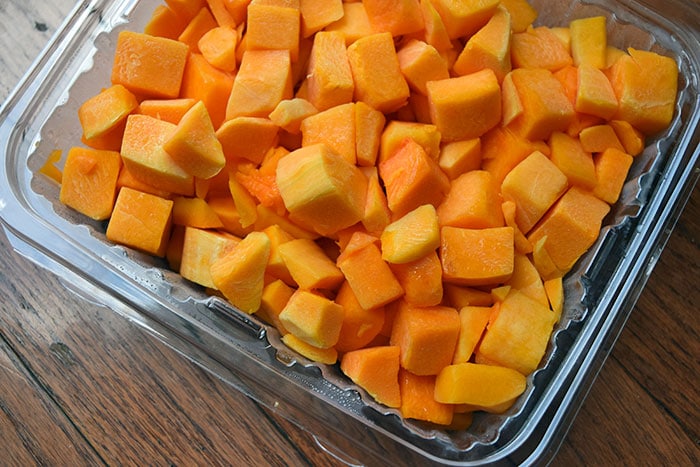 A 32-ounce package of precut butternut squash. I combined it with a handful of simple ingredients and have been enjoying some delicious Butternut Ginger Soup ever since. 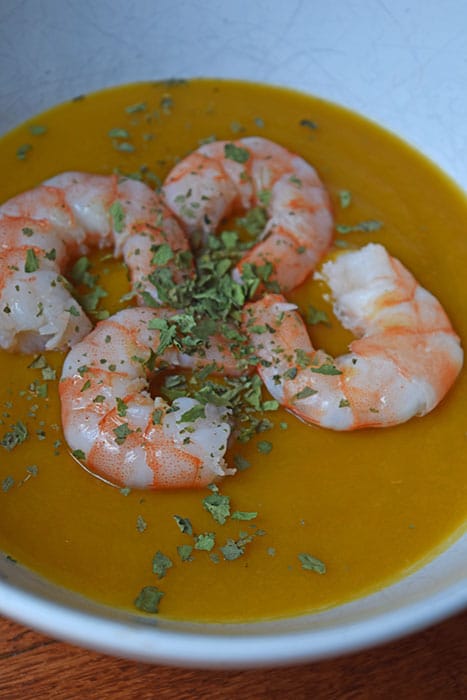 Heat a large soup pot and spray it with non-stick cooking spray. Cook the onion with a pinch of salt until it starts to brown.

Add the squash with another pinch of salt and toss. Let it cook and caramelize for a minute then toss again. Repeat this process 5 or 6 times just to bring out a bit more flavor.

Add the ginger and toss.

Add the broth and coconut milk, bring to a boil then lower to simmer and cover. Continue to cook until the squash is tender, approximately 30 minutes.

Use an immersion blender or transfer to a standing blender and puree. 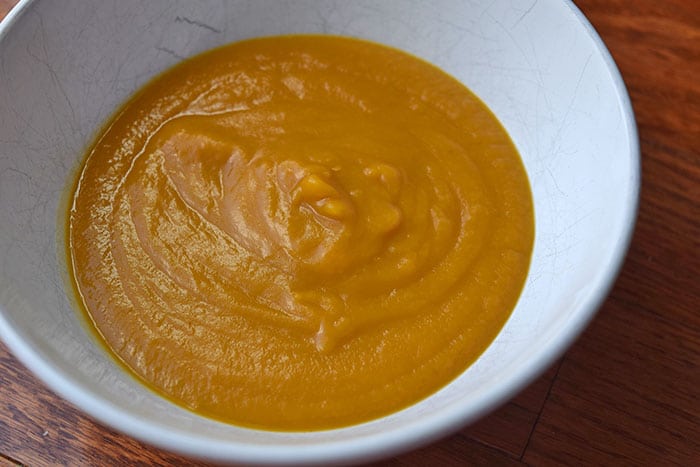 Now you can enjoy as is but I topped my first serving with some leftover shrimp and dried cilantro. 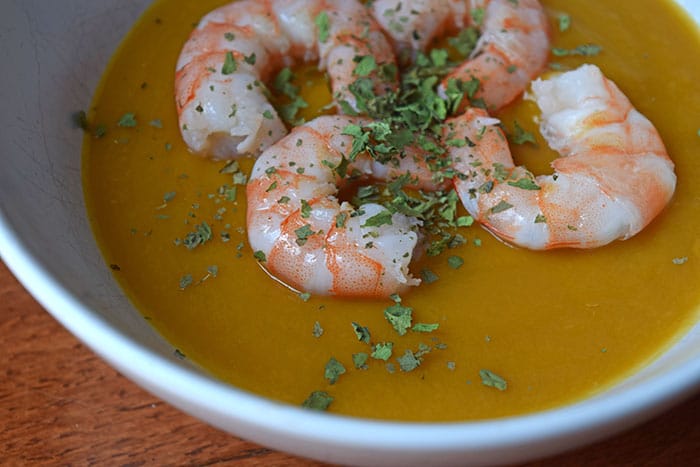 Since then I've also eaten it with leftover pork and ground turkey. I'm not sure there's a portion that doesn't go with this soup!

It's super light, too.

Disclaimer: This post was sponsored by Hampton Creek. All opinions, photos and the recipe idea are my own.