I was originally going to call this Raw Brussel Sprout Salad with Maple Spiced Ham but then I cooked up the leftovers and it was even better! 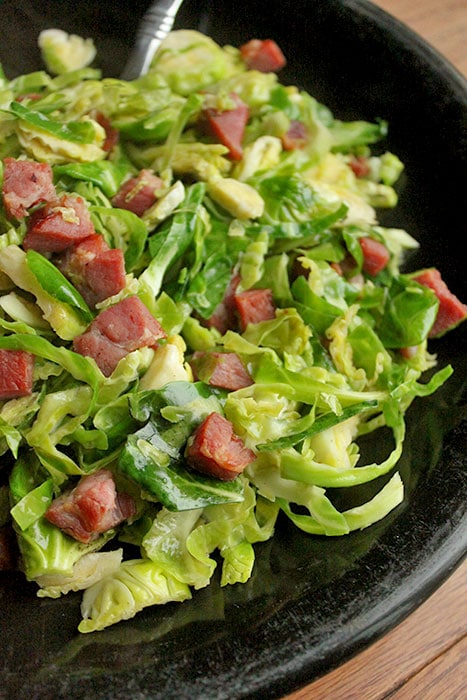 I've had this idea for some time but never seemed to have fresh brussels sprouts on hand. This week I made sure I had a bag and I'm so glad I did! My instinct was right. This came out super yummy and, best part, it's so easy! Basically, it's warm candied ham tossed with brussels sprouts.

Here's what I did. Take the idea and run with it...

Prepare the brussels sprouts by cutting off the bottoms and then slicing like mini cabbages. 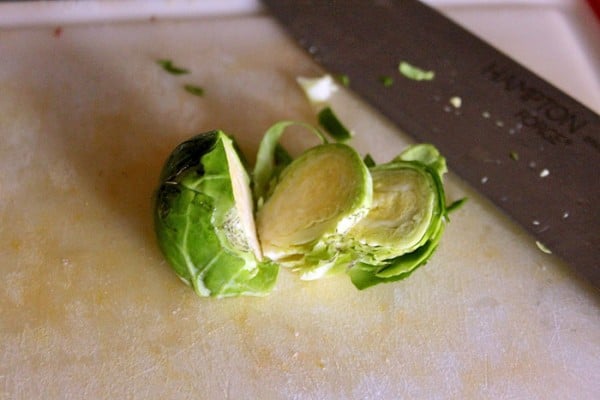 Place them all in a bowl and toss to separate the larger chunks. 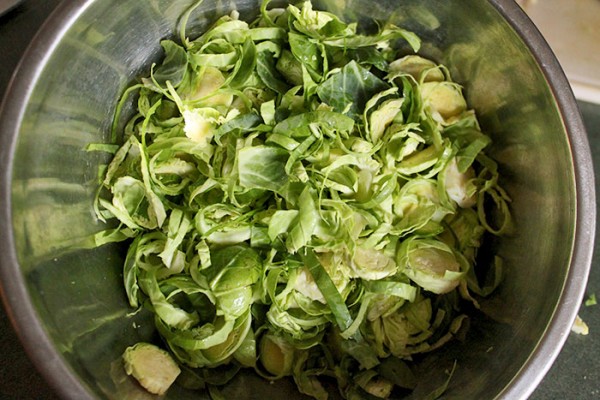 In a small bowl, whisk the maple syrup, vinegar, nutmeg, allspice, and salt together. Set aside.

Heat a non-stick skillet over medium-high heat and spray with non-stick cooking spray. Fry up the ham until it begins to caramelize. 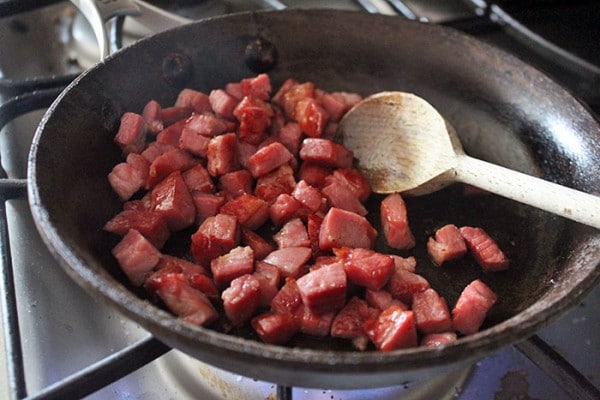 Once you start to see some brown bits, add the maple syrup mixture. It will immediately boil up and begin to reduce. 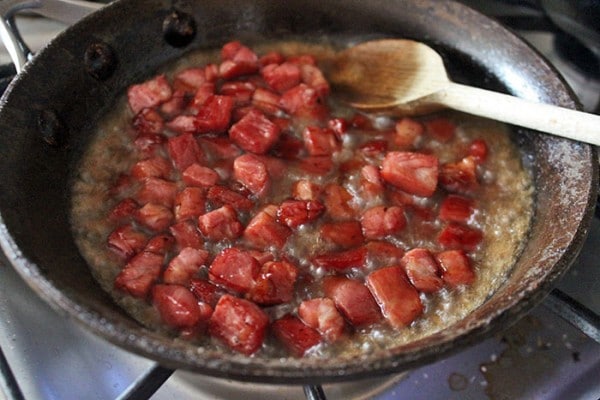 Toss the ham to coat then immediately remove from the heat. You don't want to boil away all the moisture.

Top the brussels sprouts with the warm ham and maple syrup mixture. 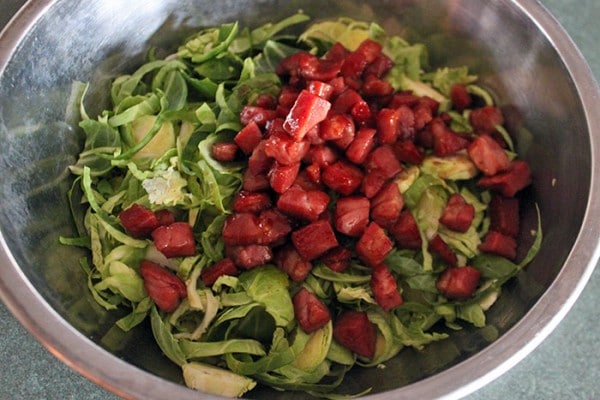 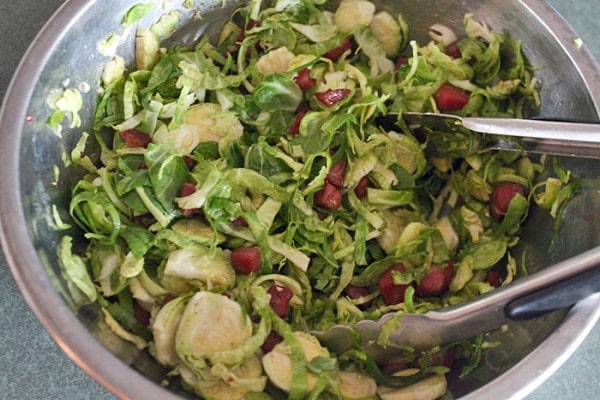 You can eat it straight away and I did. The brussels sprouts still had a nice crunch and the ham complimented it perfectly with that touch of sweetness from the syrup. I put the rest in the fridge figuring I'd just pull it out and eat it the next day.

Well, today I pulled it out and it was just too cold from the fridge to enjoy. So I tossed it in a skillet with just a spritz of non-stick cooking spray, which wilted the brussel sprouts just so making it an even tastier warm side dish.

So I could go either way with this one: raw or cooked slightly. Regardless, the slightly spiced maple syrup paired with the ham and the sprouts is a great combo!