It's been a whole week since I've posted here on GreenLiteBites. I can't believe it! If you follow my other blog you may know I got a new job and the first week has been an adjustment.

I'm still cooking up a storm. Actually, I think I've been cooking more! The Husband is finally on board with eating out less (mostly for financial reasons) so we've been finding a new groove with that as well. The 10-Year-Old helps out with dinner on Wednesdays and The Husband feeds the kids on Thursday while I'm at the bowling alley -- I joined a league!

Anyway, my plan is to keep sharing how I feed myself and the family. I just may be doing it a little less these days as I fall back on my tried-and-true meal ideas instead of experimenting.

This marinade is now one of those tried-and-trues. I've been using it for a few weeks and the family LOVES it. When I made the chops in these photos, the 10-Year-Old actually said it "was the 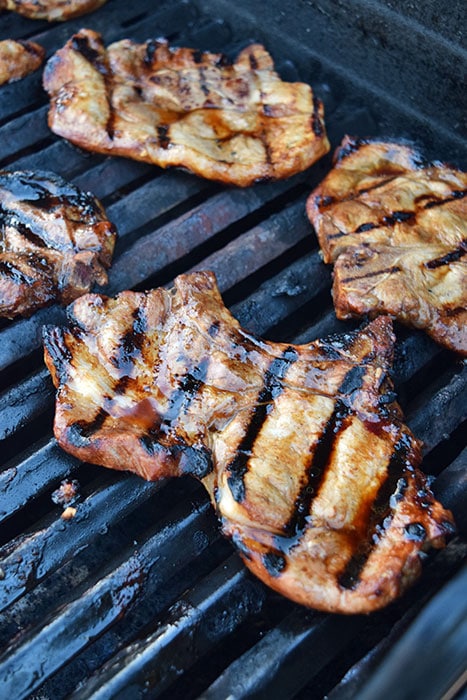 best pork chop he's ever eaten" and then proceeded to devour the leftovers the next day for lunch.

It really is that good!

I've used this marinade on pork loin and chops with success so I decided to just share the base marinade. This way you can use it for whatever cuts you happen to have.

All you need to do is combine:

Put it in a large bag overnight with whatever pork cuts you're using.

The photos in this post were from Friday when I made a batch of mixed, bone-in chops, which were marinated overnight. 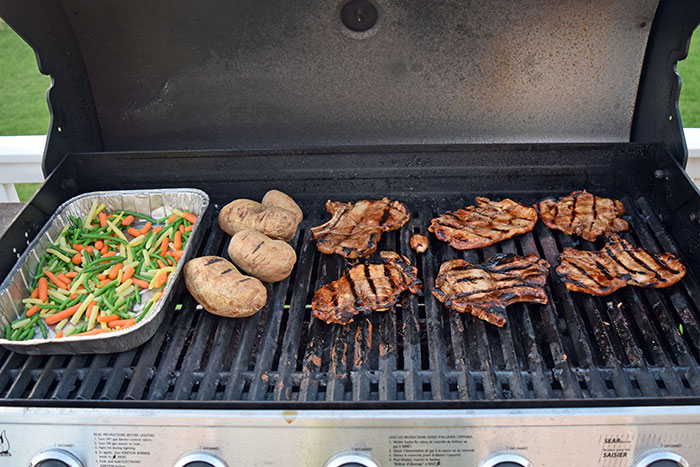 The Husband was out mowing the lawn when I was grilling and he said the neighborhood smelled amazing. 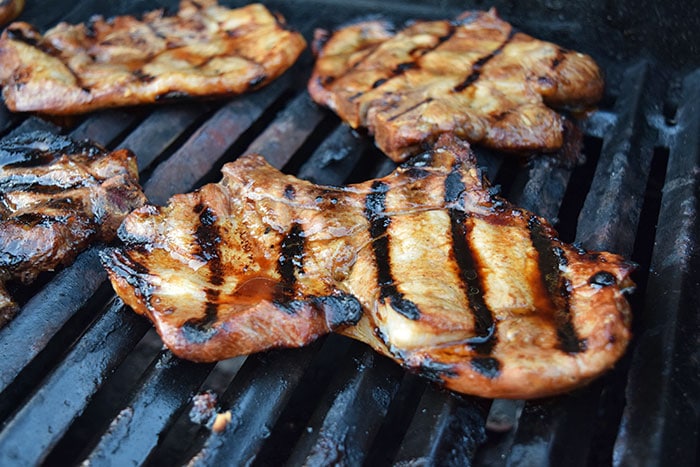 They came out amazing!

Even the 4-Year-Old ate all his without being coaxed. That speaks volumes, believe me.

I'm not sure how to provide nutritional info for this one, but it shouldn't be any more than 25 calories or so per serving.