I've been seeing this idea of "energy balls" online for some time. Just google it and you'll see page after page of ideas using things like oats, honey, peanut butter and coconut flakes.

I love the concept, mostly because I suck at making granola bars and this is a great alternative to have something convenient yet homemade to grab on the way to the gym or as a late-night snack.

The 3-Year-Old who helped make them ate 2. The Almost-9-Year-Old thought they were gross. I wish I captured his face after he tried it. I don't think he expected the sweetness or texture. 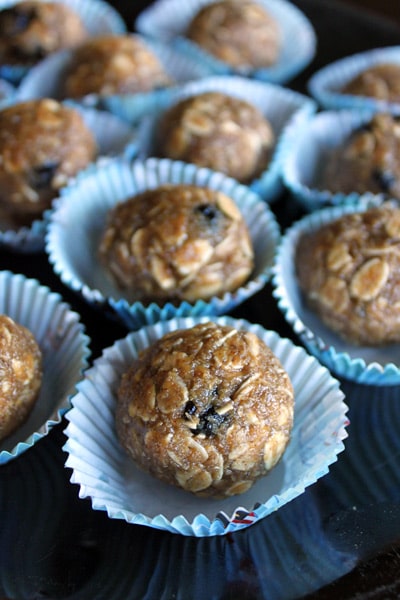 I loved them and thought the dried blueberries were a great addition. I may try another variation with almond butter and chocolate chips. That will probably win over the non-believer.

Anyway, this is how I made this batch….

Put everything in a large bowl. 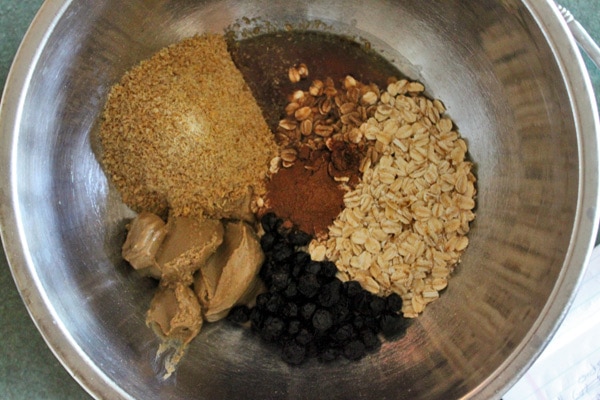 Mix well until everything is combined. 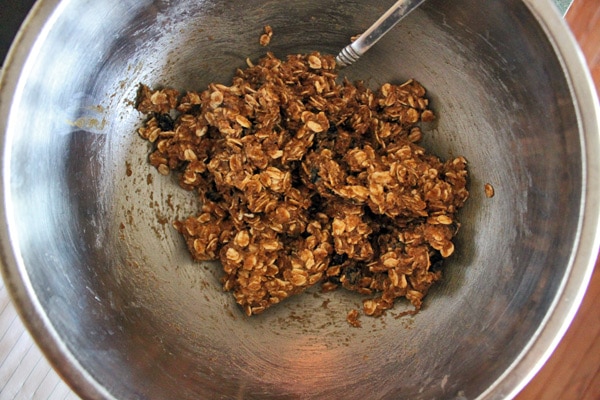 Place in the fridge for at least 20 minutes. This makes rolling a TON easier. 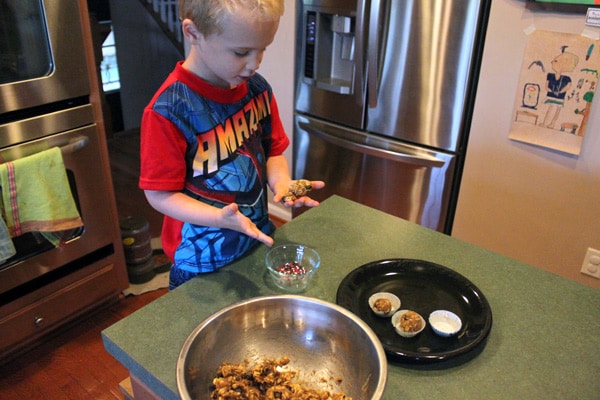 Roll into 18 small balls. Don't do what I did and make the first 3 gigantic until you realize you aren't going to have enough. (See size difference in the photo above.)

Store in the fridge. 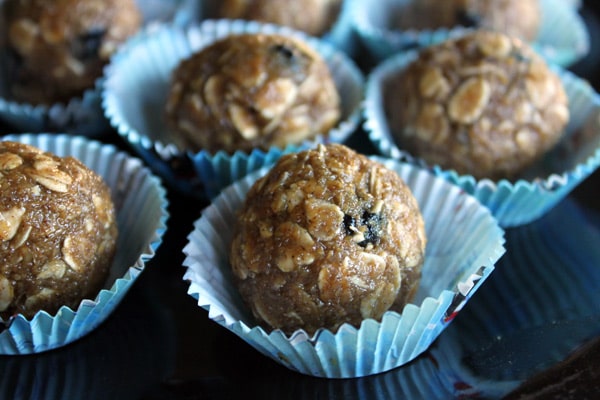 Here's the approximate nutritional information per ball, I've been eating 2-3 in a sitting.