I realized the other day that I haven't shared a dinner post in quite some time. I tend to gravitate toward the single-serve stuff I make for myself because it's easier to capture the process. Cooking with 2 kids in the house while trying to snap photos, take notes, and get everyone to the table before soccer practice, scouts or The Husband's tennis matches is, well, quite the challenge!

But I gave it a shot the other day and decided to share a quick pork chop meal I made the family.

I've started to gravitate to bone-in chops because they are much cheaper in bulk. I'll buy a big package from the wholesale store and then just separate them in packages with 4-6 in each.

Chops with or without bones really make for a quick dinner. They only take minutes to cook and can be paired with anything. I tend to serve "safe" sides that I know my family will eat like simple roasted broccoli and sweet potato fries.

This meal was loved by most. The Husband enjoyed the pork chops and said they were "very good" -- a compliment he rarely uses when describing food so you know it's a keeper. The 2-year-old ate quite a bit of chop. Apparently the secret is small pieces. Sometimes I think I cut things too big and it turns him off. Once I cut his chunks in half he devoured it. 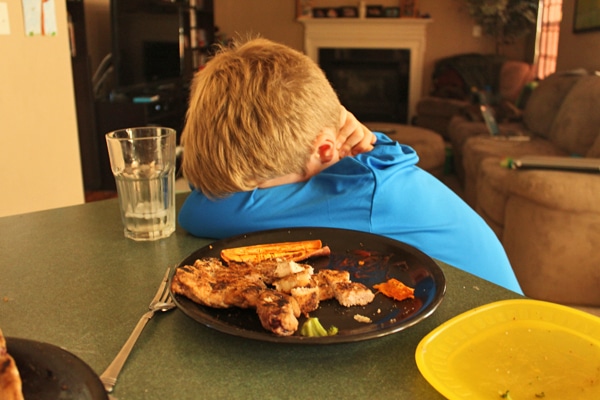 He devoured the broccoli and the sweet potato fries. Then he took a bite of pork and said, "I don't like it. I tried it, can I go?"

Normally, my rule is to try a bite of everything on your plate. I don't force them to eat something they don't like. However, you know when your kid doesn't like something versus them just not wanting to eat it. So I enacted my other rule. 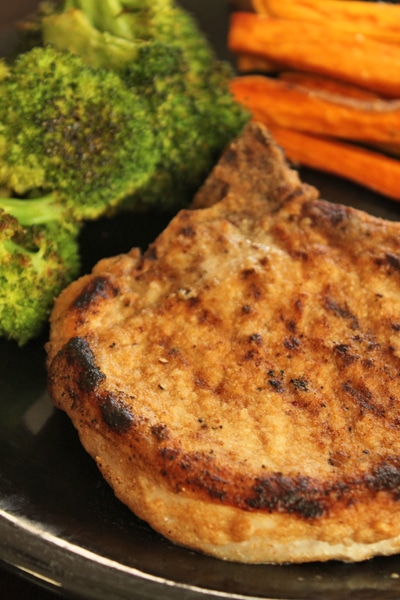 "OK, well, I'll leave your dinner there and if you get hungry you can come back and eat some pork but don't ask for any desserts or snacks until it's gone."

There was some whining and pleading, but I held firm.

Within 10 minutes the pork was gone.

Score another one for Mommy!

On a plate add the flour, garlic powder, cumin, salt and pepper to make the coating. 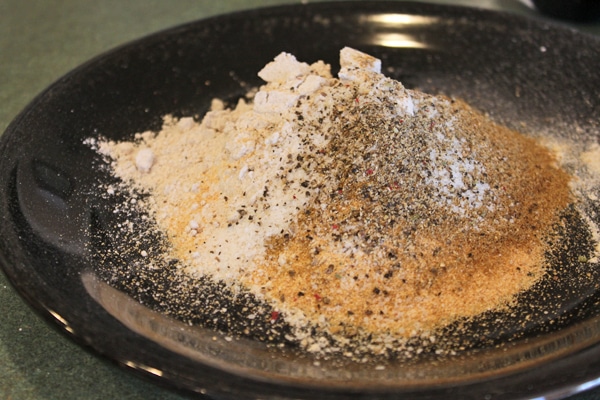 Coat both sides of each pork chop.

There should be no need for an egg wash. The pork is usually moist enough to make the flour stick.

Heat a non-stick skillet or grill pan over medium-high heat. Add a touch of oil or coat well with non-stick cooking spray.

Pan-fry the chops about 3-4 minutes a side. 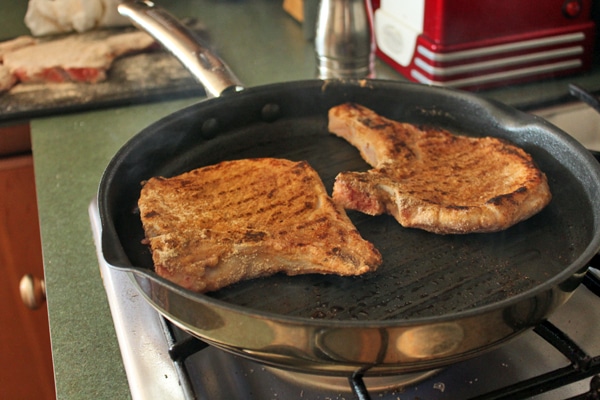 Time may vary based on thickness. Remove your first chop, let it rest a minute and cut into it. There should be no pink but there should still be some moisture in them. If they are dry you are cooking them a little too long.

I had to cook mine 2 at a time in my small grill pan. Just pile the cooked chops on a platter or casserole dish until they are all cooked. 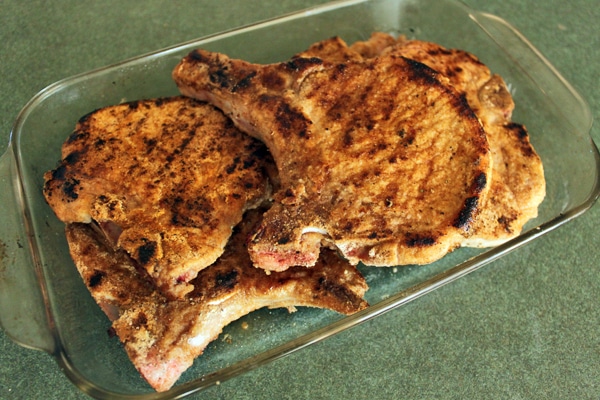 Serve alongside your family's favorite sides. 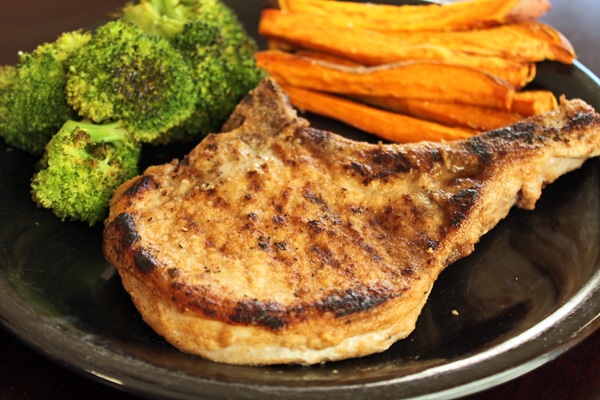 I was originally thinking of serving a warm apple-cabbage slaw, but I don't think that would have gone over too well.