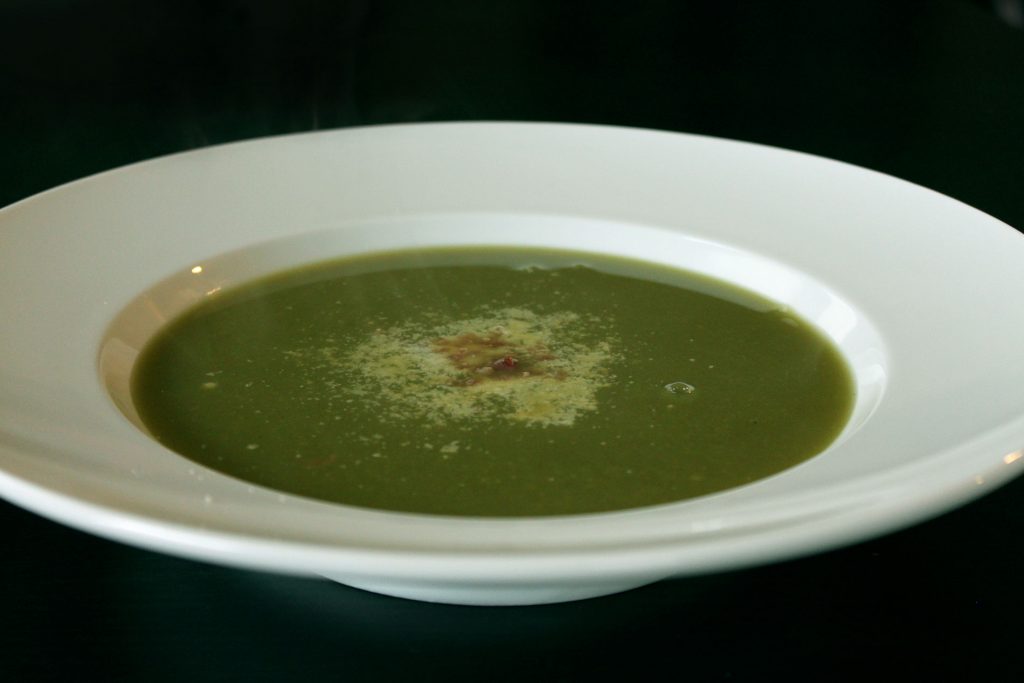 How's everyone holding up? Has cabin fever set it yet? I'm embarking on my third week of being home during this pandemic. The kids seem to be handling it better than I am, but all is well. I can't complain.

I've been cooking up a storm, and the more I cook, the more I hate to waste things. I now keep a bag in my freezer of all produce scraps so I can make veggie broth. No bone-cut of meat goes to waste in my house without making stock, and lately, I have been boiling my citrus peels for a natural air freshener.

So, I decided to dig up an old post of mine that used the ends of the asparagus to make soup.

It so funny reading my old posts. Now that "Little Guy" is The Teenager, and he still likes asparagus! So does his little brother, Little Bean, who was only a month old when I made this the first time. Two weeks ago, he celebrated his 9th birthday!

Anyway, here you go. It's more of a tip than a recipe. Stay safe!

I'm lucky. Both husband and child LOVE asparagus. It took years to convince The Husband, but Little Guy has always been a fan, eating them like French fries when he was just "the toddler." He and I still use our fingers when having them with dinner. 🙂

Our favorite way to eat asparagus is simply roasted with a tiny amount of olive oil and some kosher salt.

However I decide to prepare it, I always start like this… 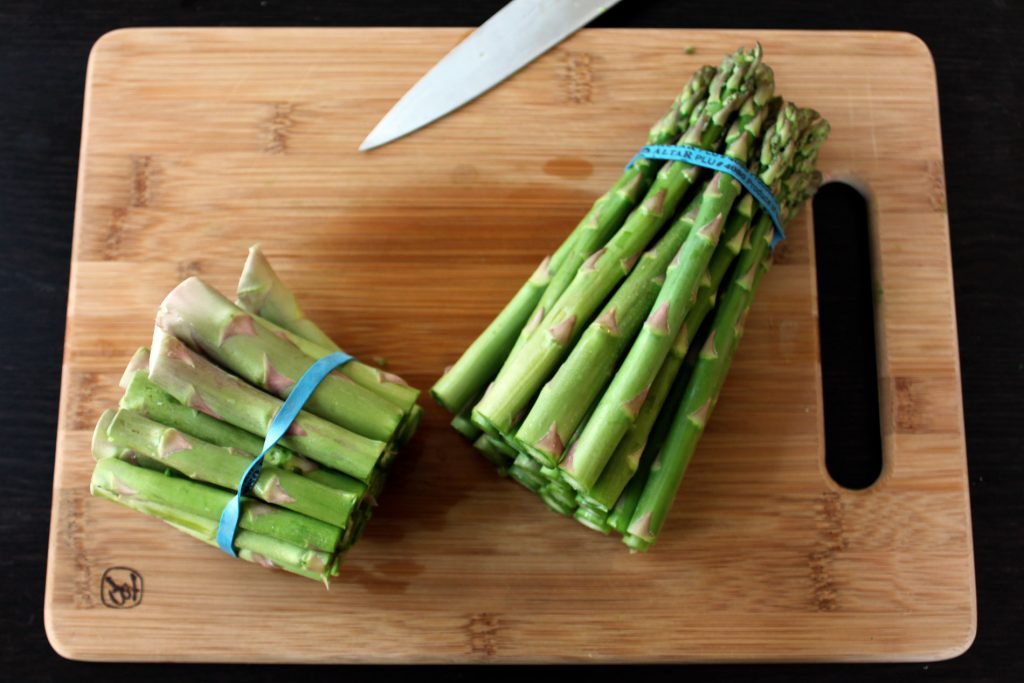 The ends get cut or snapped off and thrown away. 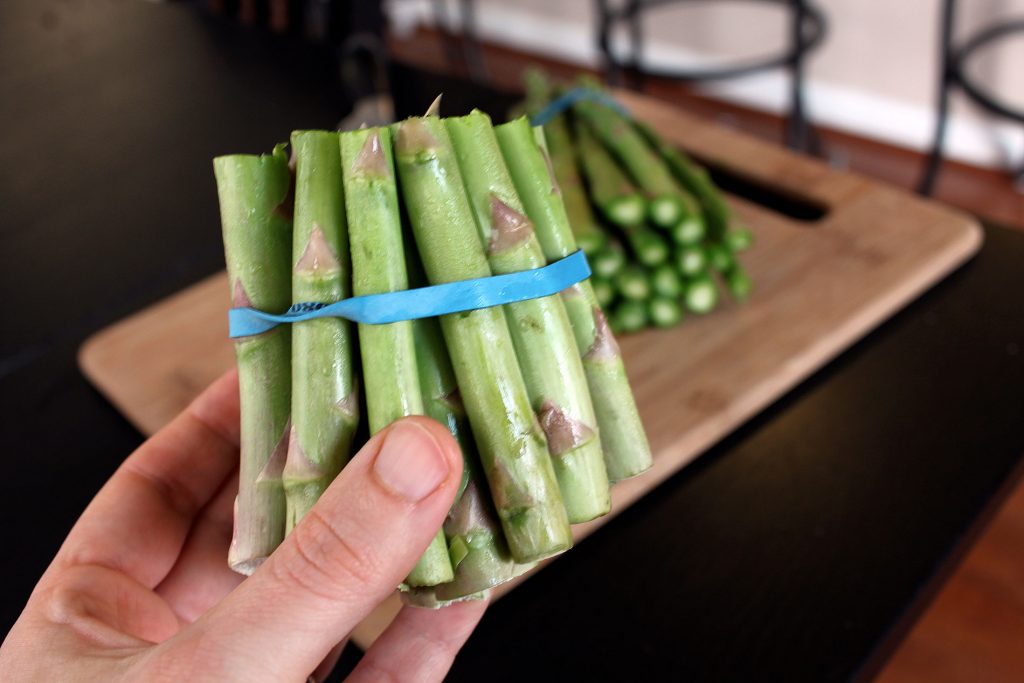 I always thought this was such a waste, but it was all I knew. It's just the way it is. You throw away the ends of the asparagus. Right?

I was watching Rachael Ray the other day, and she mentioned that the ends could still be eaten and used for soup. That was all I needed to hear.

The next time I made asparagus, I saved the ends and boiled them in a bit of homemade chicken stock. 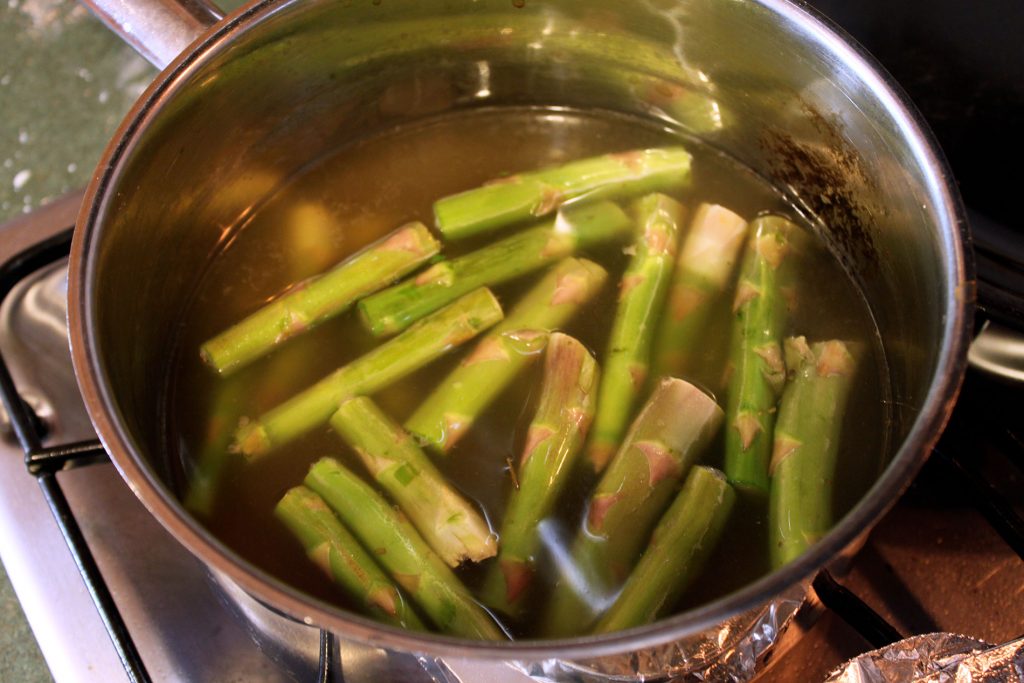 Then I blended them with a hand blender.

I was shocked at how good it was! Without adding anything else, the taste was divine! Like a fresh bowl of spring!

So I served it as it with a sprinkle of parmesan cheese and some bacon bits.

It was a perfect soup! For me, anyway, I loved it. I didn't even bother to have The Husband taste it. It's just not his thing. The Little Guy wasn't around, but next time I'll get him to try a sip. He's not the biggest soup person, but I'm curious what he thinks of the taste. 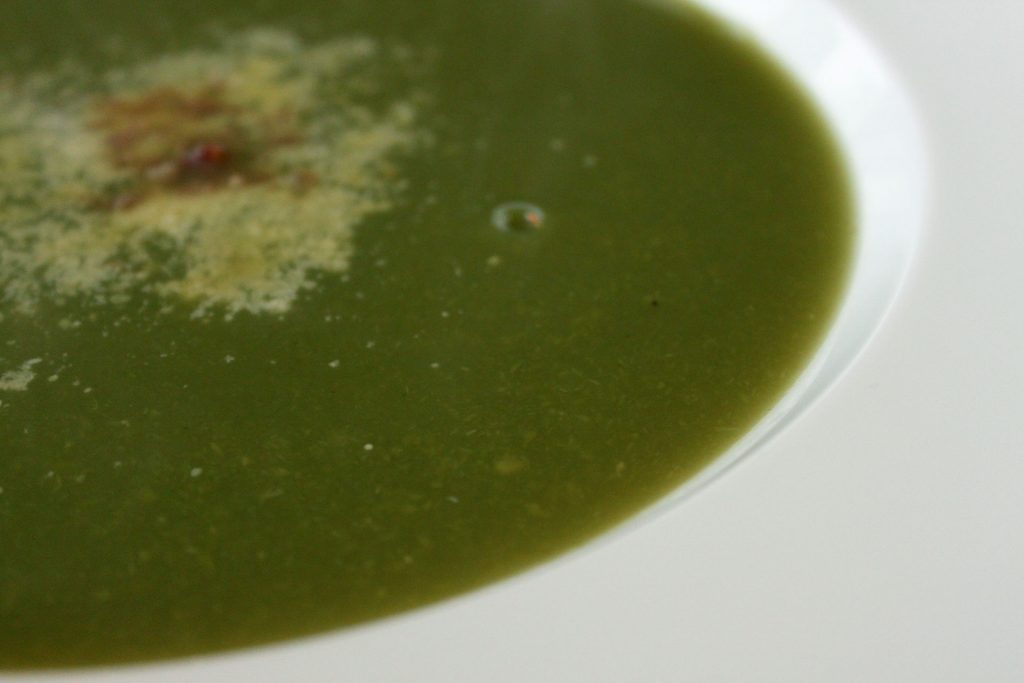 So next time you are about to through away the ends of your asparagus… DON'T! Even if you don't have time to make the soup right away, throw the ends in the freezer. You can always make it another day.

I love not wasting anything!