I think I used this metaphor before but I don't care, I'm going to use it again -- this soup is autumn in a bowl!

I was craving soup something fierce yesterday and decided to use the only protein I could quickly pull from my freezer -- sausage.

Then the pumpkin idea hit me. I made a pasta dish with these flavors a few years ago and the combo of sausage and pumpkin has really stayed with me. They complement each other so well. Why not put those same flavors in a soup? 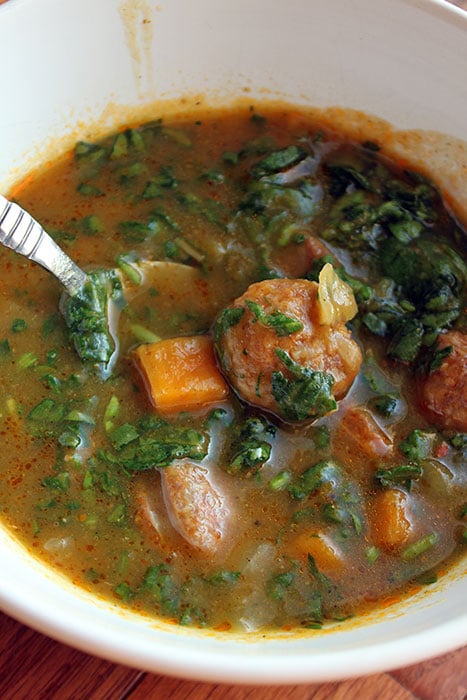 Well, I did and it was AWESOME! The spiciness of the hot sausage permeated the simple pumpkin broth. The sweet potato added some texture and mixing in some spinach at the end just ups the health factor for me. I love finding fun was to eat greens.

Cut the sausage into bite-sized slices. This is easier done when at least partially frozen.

Brown the sausage and onion together until the onion becomes soft and transparent.

Add the chicken broth, pumpkin, sage and nutmeg. Stir and bring to a boil. 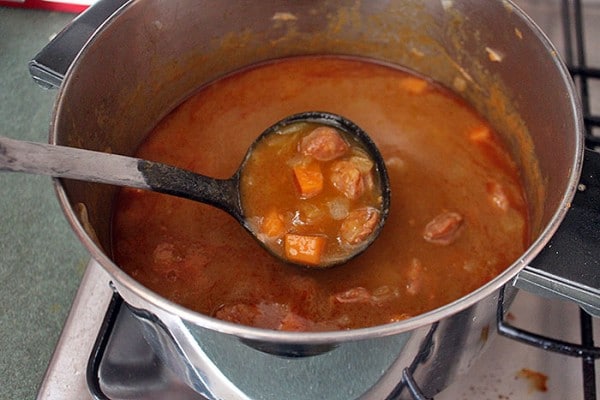 When ready to serve, mix a handful of baby spinach in each bowl. The hot soup will wilt it perfectly! 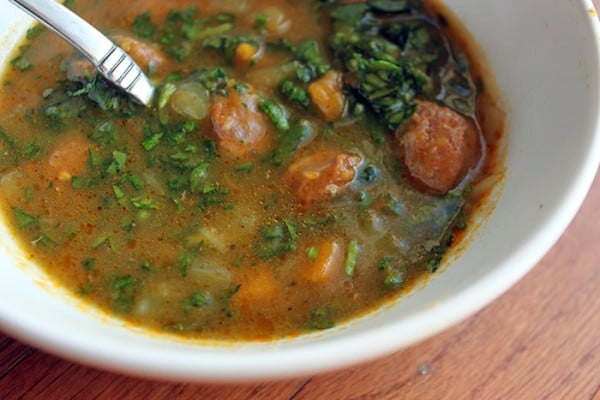 The perfect bite was getting sausage and potato together. 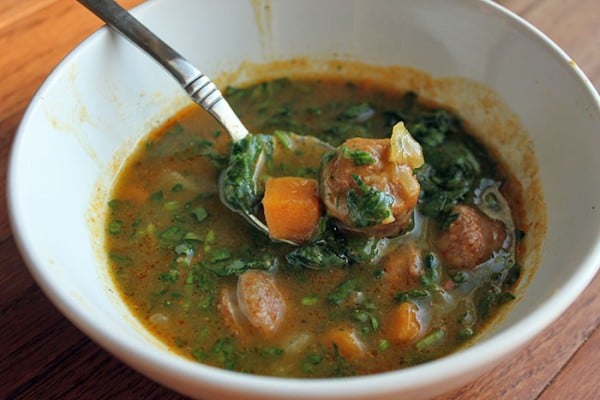 I could just eat a bowl of the broth! Of course, no one in the house would try it. The kids weren't game and I didn't feel like pushing it. It was quite spicy for them anyway.

It's all good. I now have lunch for the week!

I ended with almost 10 cups exactly. I've been eating about 2 cups for a serving but I'll give it by the cup in case you want to pair it with something like a big chunk of crusty bread. Man, how I wish I had some big, crusty bread. I don't generally keep it in the house because I can't be trusted.