I've been trying to serve the family more fish -- NOT in the form of breaded sticks -- by serving it at least once a week. Fish has been the only dish I surrendered to making substitutions on in the past by serving The Husband and myself fillets and the kids store-bought fish sticks. It was the only way I could get any fish into the boys and my philosophy was that some was better than none.

Then I decided enough was enough. My kids need to learn and appreciate fish as a healthy meal option. So I slowly transitioned us off the separate fish stick meal nights. 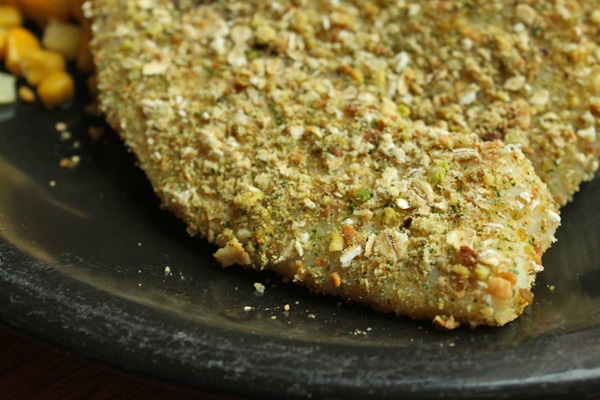 AND NO ONE BATTED AN EYE!!

Sure, the 3-Year-Old needed a little coaxing but he's 3. He'd live off M&Ms found on the floor if I let him. So I told him to eat his fish and he did with no faces or spitting it out or tears. The 8-Year-Old just ate it. He dips all his fish in honey mustard and I'm totally OK with that. He eats it without complaint and is finally used to me just serving fish. There's no more pouting or sad faces. 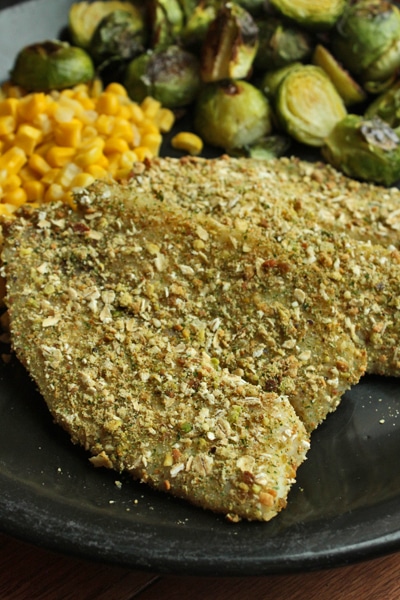 As for The Husband… he gave me an unsolicited "this is good" comment!

Score another one for mommy!

Make the "breading" by pulsing the pistachios, cheese, spices and oats in a blender or food processor.

You may want to add a pinch of salt. I thought the salt from the pistachios would be enough but they were a little under seasoned. 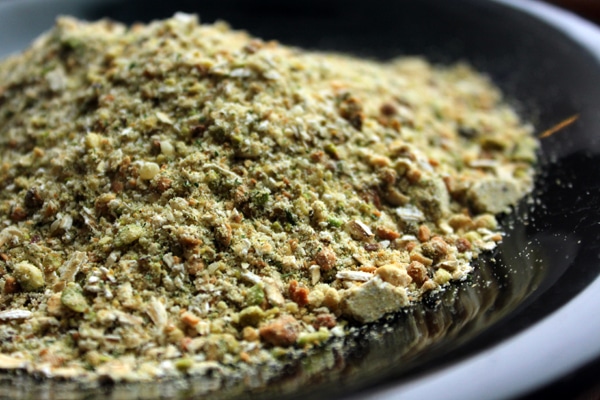 Coat the fish in the breading and place on the sheet pan.

Note: I don't dredge the fish in egg because I find it to be moist enough to hold the breading without it. I'd rather save the egg if I can and this way makes less of a mess. 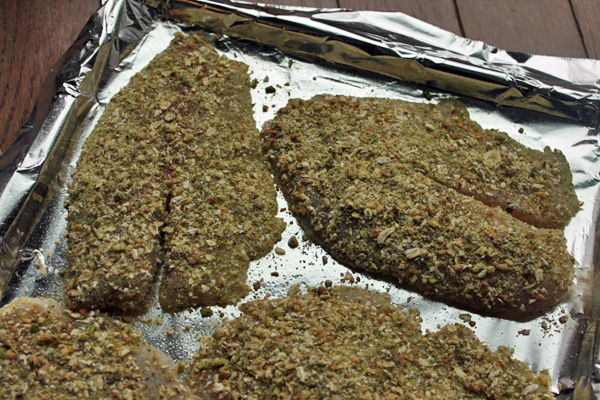 Bake for 10-12 minutes until the fish is white and flaky.

Simple, right? Oh! and I served it with corn and Roasted Brussels Sprouts. 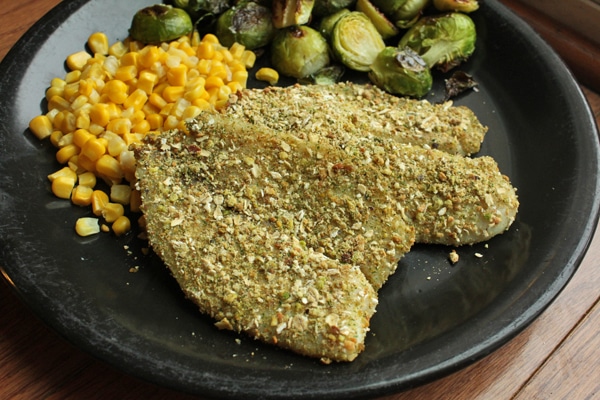