Oh boy did I have fun in the kitchen today! I had a mission to experiment and that's exactly what I did. The result was a light yummy summer meal using lots of produce I got from the farm.

I LOVED it. Then again I made it. Not sure what everyone else will think but I thought I'd share anyway. It was only Little Guy and I for dinner and he wasn't too too impressed. He ate the chicken with some coaxing but after one bite and a nasty face I decided he didn't have to finish his Turnup Radish Puree. My rule is one bite and he did try it with an open mind. Oh well.. as I always say.. more for me! I got two lunches out of the deal! 🙂 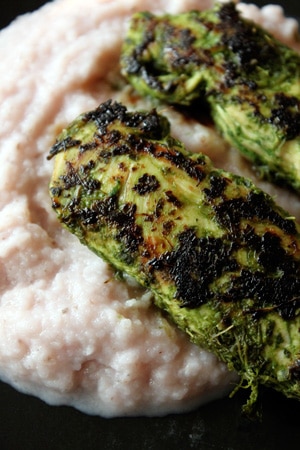 Here's what I did. Take this one as an idea and make it your own. Measurements are all approximate.

Here's my turnips and radhishes from the farm. Aren't they beautiful? 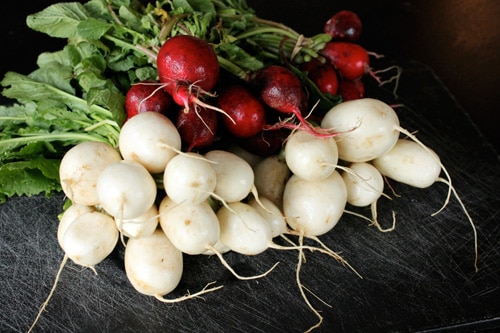 I scrubbed and cut them in half. Placing them in a pot covered with water and boiled them over high heat. While they were cooking I made a parsley puree with the parsley, juice and peal of the lemons, and the soy sauce. I also added a bit of water to help it in the blender. 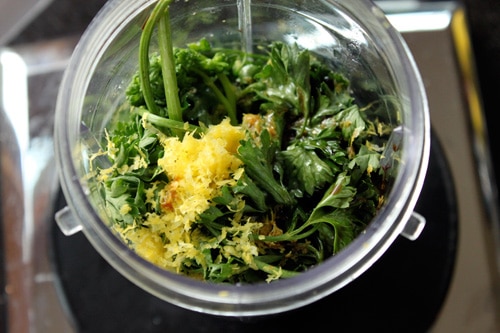 I then coated the chicken in the parley mixture and set it aside. 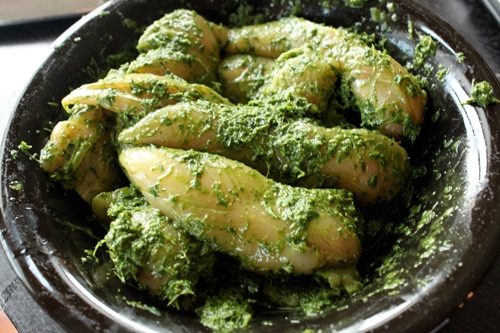 Meanwhile I checked in on the turnips and radishes. I waited until they were tender when pierced before removing them from the heat. 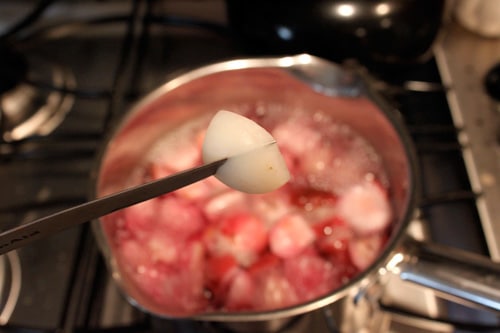 Then I put them in the food processor with the cream cheese plus some salt and just a touch of fresh ground pepper. 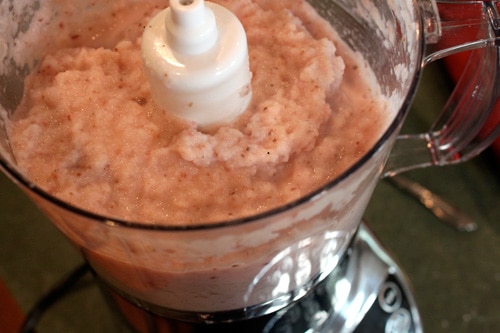 Once the puree was done I cooked the chicken in a skillet over medium high heat. They only took a few minutes per side and the the parsley made a great fresh crust on the outside. 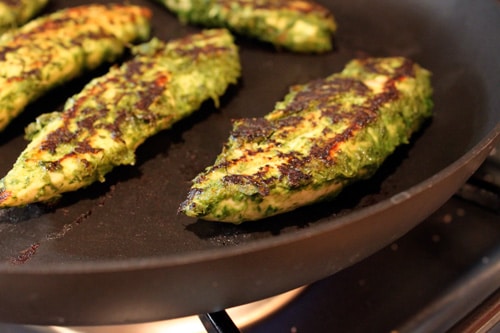 I served the chicken on the puree and.... 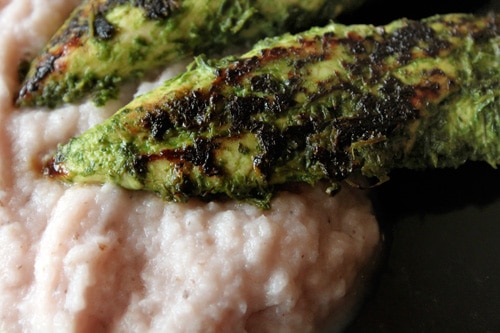 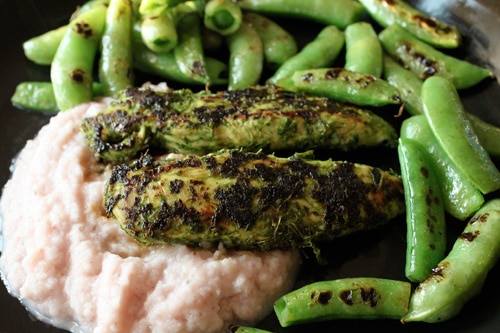 I did a quick nutritional analysis with the estimates and I'm getting this meal in at about 4 points for each of the 4 servings. It makes sense. I mean it's just chicken with some fresh veggies! Totally satisfying though and tasted like summer to me. If that makes sense. 🙂