I never heard of a Hasselback potatoes until I was watching The Best Thing I Ever Made on Food Network and Robert Irvine shared his. I immediately thought:

I MUST do this with a sweet potato!

In case you are in the dark as I was, a Hasselback potato according to Wikipedia:

...the potato is cut into very thin slices almost down the bottom, so that the potato still holds together, and is then baked in the oven, often scalloped with cheese. The proper noun "Hasselback" refers to the fancy Hasselbacken hotel and restaurant in Stockholm, which originated this dish. 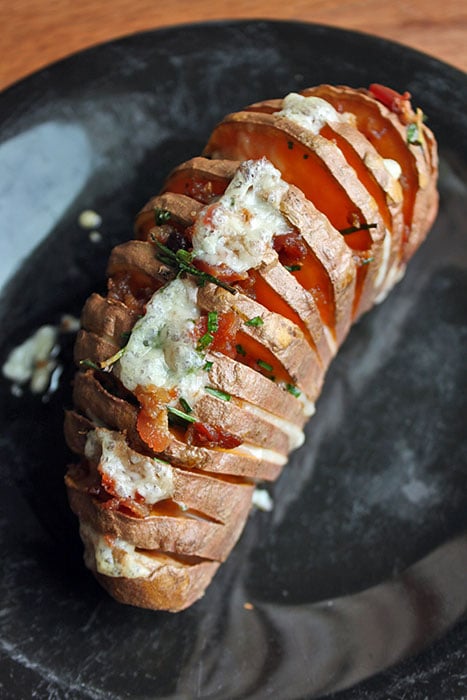 Mine came out A-MAZING! Even though I had a bit of a cheese incident -- You'll see. Sometimes my great ideas aren't so great.

You learn something new every day. 🙂

The idea is simple -- cut and bake the potato and then top it with whatever you like!

Make slices about ¾ of the way through, down the length of the potato.

This was surprisingly easier than I thought. 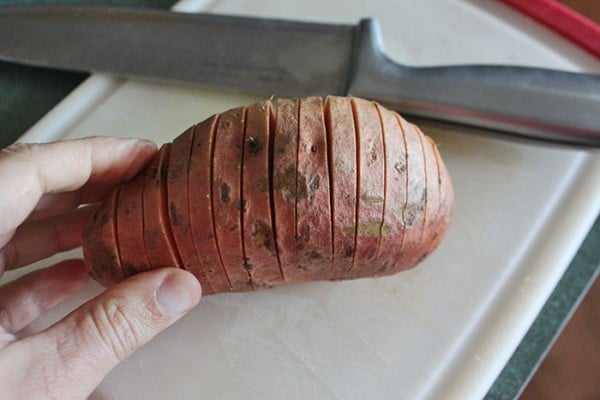 I spritz mine with non-stick cooking spray. Considering I was adding cheese I didn't want to up the fat too much and drown in oil or butter. 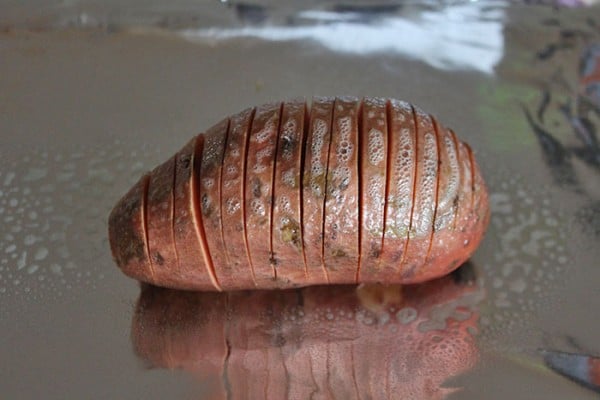 Bake for about 50 minutes until tender. 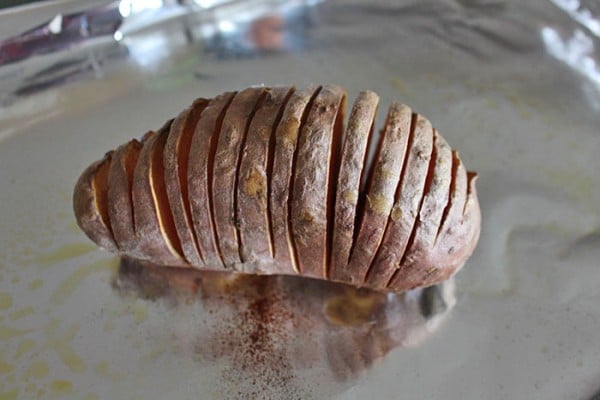 Remove from oven and top with cheese, chives and bacon bits. 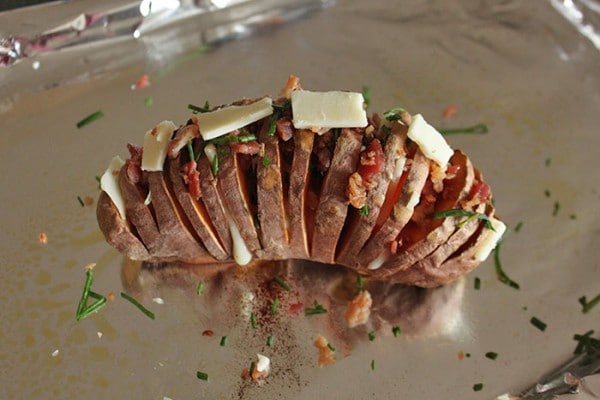 Now I had this "genius" idea of slicing the cheese thin and placing it in the potato. The only problem was most of it melted out. 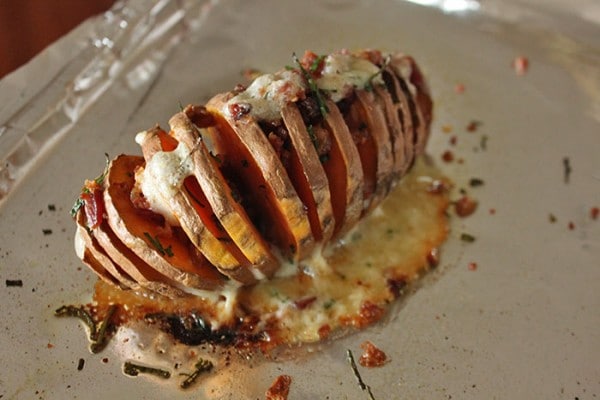 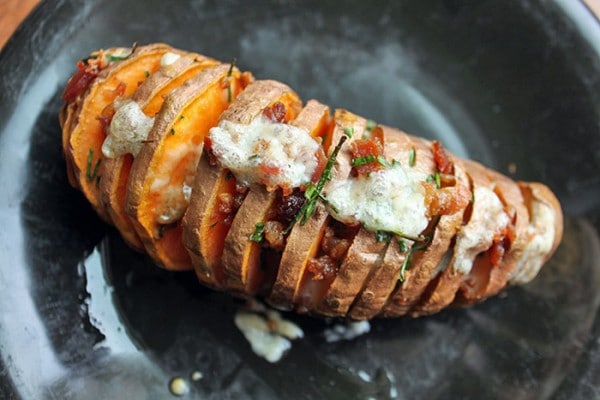 But next time I'll just grate and top the potato.

I only made one serving just for me but you could totally make a few of these as a side just to spruce up dinner!