Monday night I defrosted flounder fillets with no real dinner plans besides "Hey, let's have fish!"

At first I was considering breading them in pistachios like I do tilapia but then I remembered it was just going to be the kids and I for dinner.

I don't feel as guilty making the kids try my experiments. I want them to be adventurous eaters, and the way I see it, the more fun things I make the more they get used to different dishes and textures.

So I did what I do and just cooked. I placed a plate in front of each kid without saying a word. Their reactions were priceless.

He didn't ask and I didn't say a word. I just watched the 9-Year-Old silently investigate his fish and then proceed to eat it. 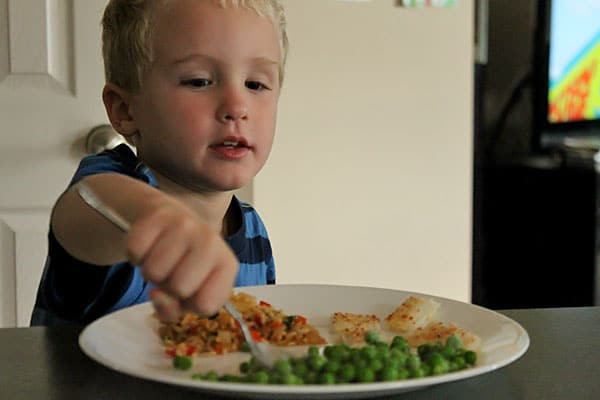 Notice he dug right into the peas. They both did. My kids are generally good about their vegetables as I've been super consistent with them, serving at least one every meal.

The fish, on the other hand, took some coaxing but I got at least 3 bites in him.

The rice, unfortunately, didn't go over well. They both didn't seem to like the pineapple. I told them they were crazy and made them take a few bites. 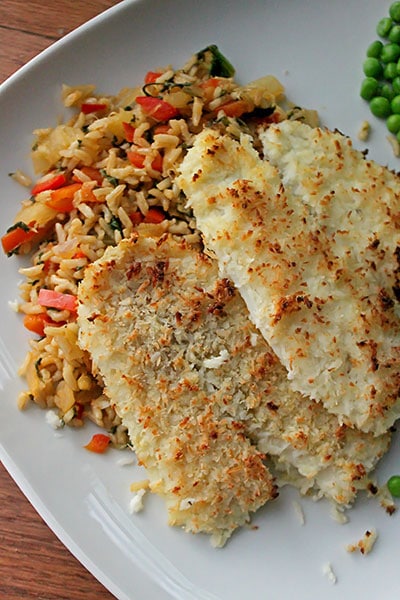 Overall it was a great dinner experience and I loved the dish. I could eat something like this every day!

Make a breading station by whisking the egg, lime juice, salt and honey in a shallow bowl. Place the coconut on a plate. Line and spray a cookie sheet with non-stick cooking spray. 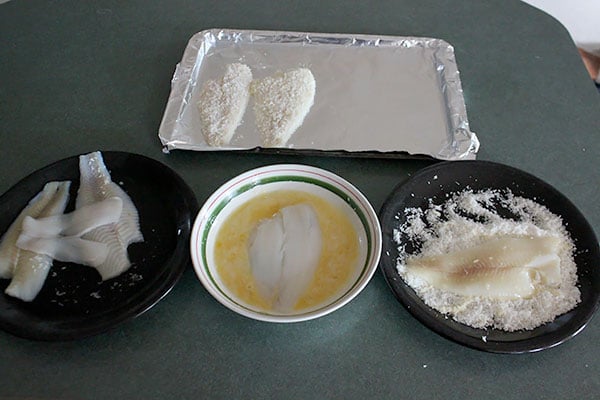 Dip each fillet into the egg mixture and "bread" with the coconut. Since the fillets are so thin we are going to broil them so there no need to coat both sides of the fish with the coconut. Just coat one side and lay on the baking sheet.

Place the fillets under the broiler for 8-10 minutes until the coconut crisps up and browns.

While the fish is cooking, heat the coconut oil in a non-stick skillet and sauté the onion and pepper.

Chop the pineapple (or leave whole -- I thought chopping it would convince the kids; it didn't) and add it to the onion and peppers.

Mix in the chopped spinach. 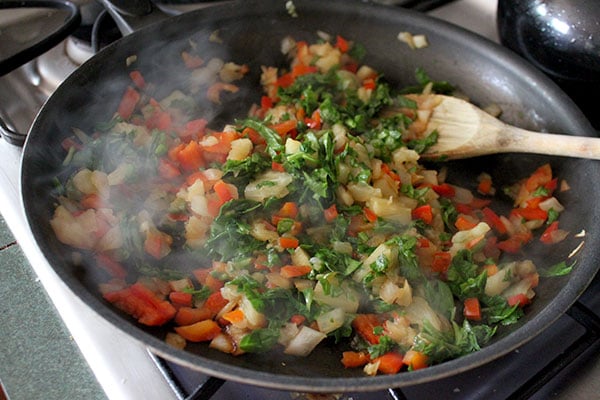 Once the spinach wilts, add the bag of instant rice.

Mix everything in well allowing the flavors to blend. Add the soy sauce and remove from heat. 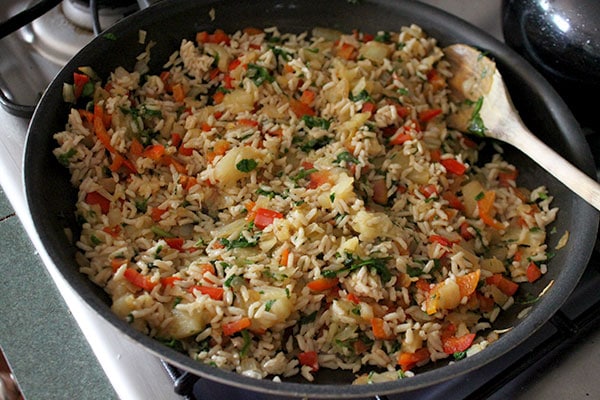 By now the fish should be done.

I took about ¾ cup of rice and topped with 2 smaller fillets and served with a side of peas. 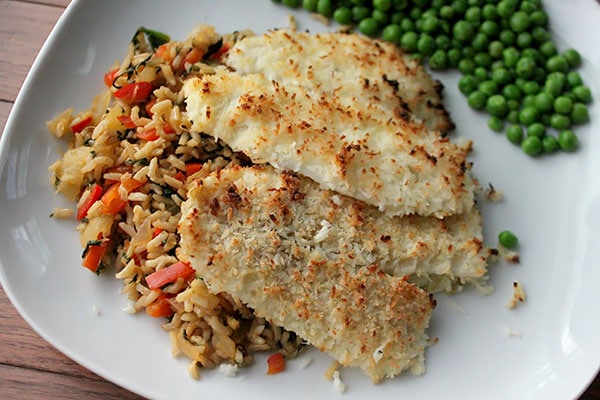 As I said, neither kid liked the rice but I loved it. I mean, it's just rice, pineapple and vegetables. What's NOT to like?! 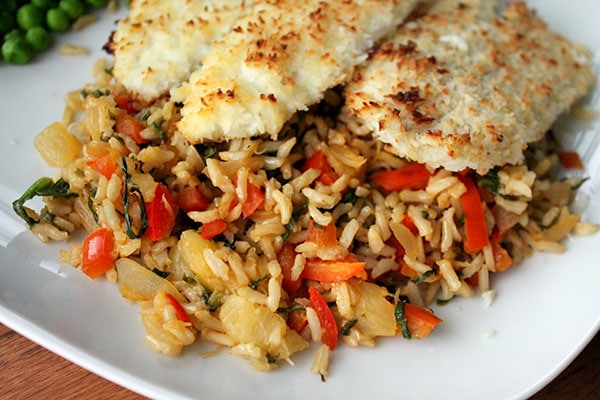 This is when I say thy take after their dad who, to this day, hates fruit in his dinner.

The coconut made a great coating on the fish, and it did crisp up nicely. 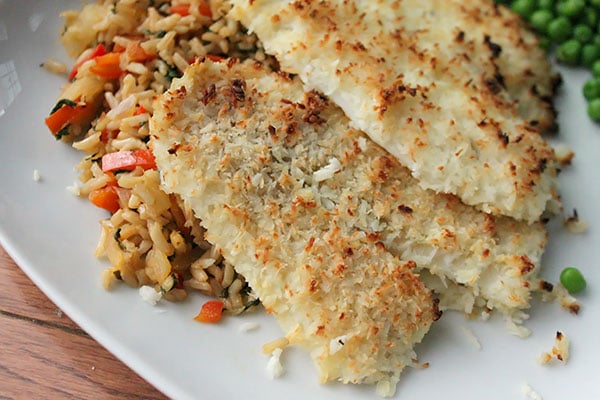 It really made the dinner seem "fancier" than it was.

As for nutritional information, I'll do my best but it's hard when I don't really measure out servings of the rice and such. We did have 4 servings and I still have one in the fridge for a lunch later this week but that was with a toddler plate mixed in. However, my 4th serving is much larger than the one I ate at dinner so I guess it all works out.

I was actually pretty shocked at the point values. Coconut is higher in fat than I realized but oh so wroth it!

« Citrus-Thyme Chicken on a Stick with Optional Brussels Sprouts
The Simplest Mayo-Free Coleslaw Ever! »