One of my goals with this blog is to show you how easy it is to make light, tasty meals at home with everyday "normal" ingredients. But I also want to inspire you (and myself) to try new things. That's what today's post is all about.

I never, EVER, heard of sorghum before. The only reason it's in my house is because Bob's Red Mill send me a sample. 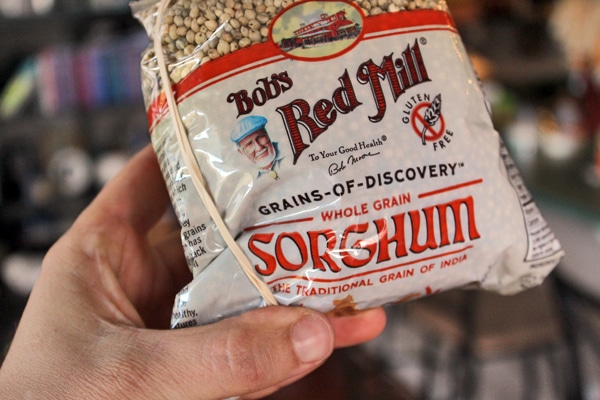 Side note: Somehow I got on their list and every once in awhile they'll send me something. This is one of those perks of being a blogger -- although I'd love it if they were actually willing to work with me, but I digress.

Anyway, back to this sorghum stuff. It's an Indian and African grain that's gluten free and you can pop it like popcorn! It has 8 grams of fiber and 5 grams of protein per serving.

Right out of the bag I wasn't impressed with it because I know it would take a long time to cook and I was right. The bag said 50-60 minutes but it was more like 60-70.

That being said, the result was worth the wait! It was such a chewy, hearty grain and the texture was fantastic. It's like Israeli couscous had a love child with barley and it must have been a cheap date because a bag of sorghum only goes for $2.79!

I decided to treat it as I would quinoa and make a salad with it and some vegetables I had on hand. It turned out great! Filling, tasty and fun. Next time I'll reduce the amount of spinach a little but other than that this recipe is a keeper.

Note: If you can't find sorghum in your area, you can make this salad with quinoa, couscous or brown rice. 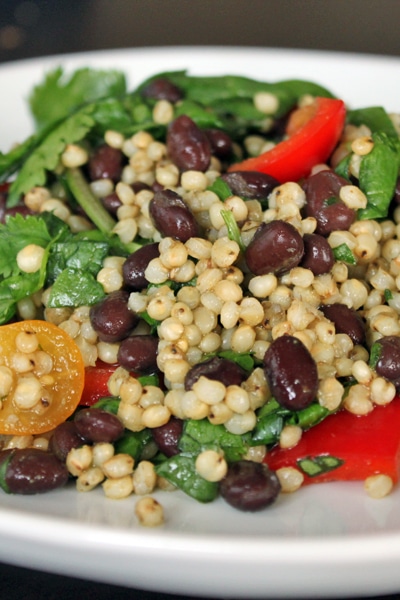 You have to get the sorghum cooking right aways because it will take some time. Bring the water and the sorghum to a boil in a small pot. 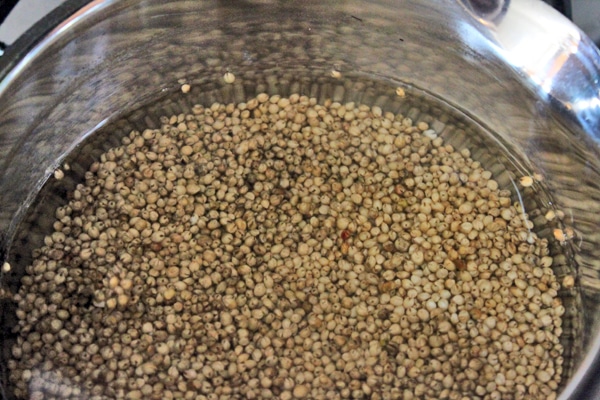 Then cover and let simmer.

While it's cooking, prepare your other ingredients. 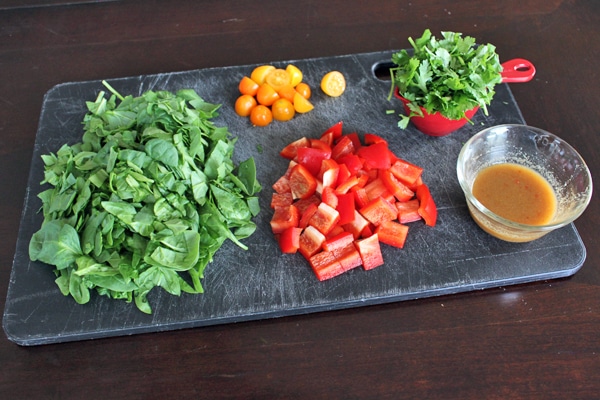 For the dressing, whisk the lime juice, honey, hot sauce, salt, and cumin.

After 60 minutes uncover the sorghum. 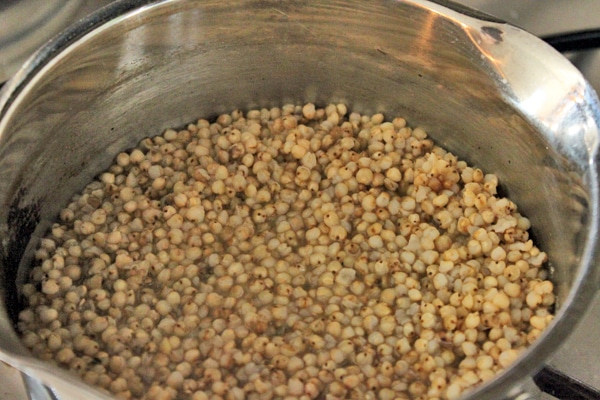 At first I thought it wasn't done because there was still some liquid left, but I then I tried a grain and it was nice and chewy so I just drained the extra liquid. 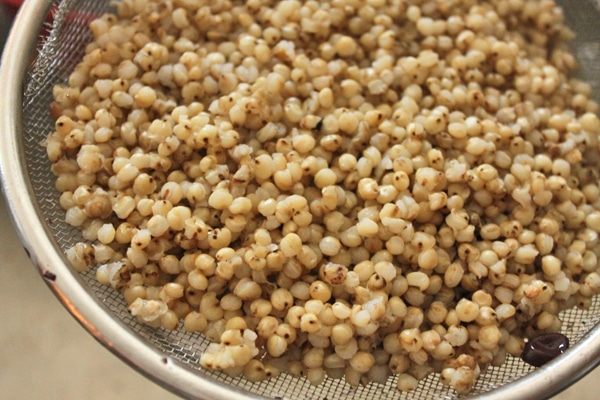 Then I added it to a bowl with the veggies. 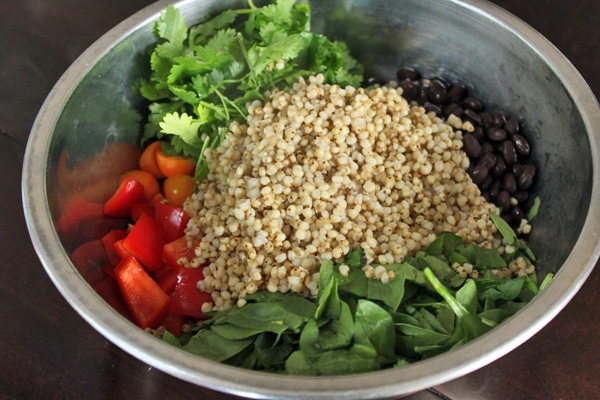 Pour on the dressing and toss! 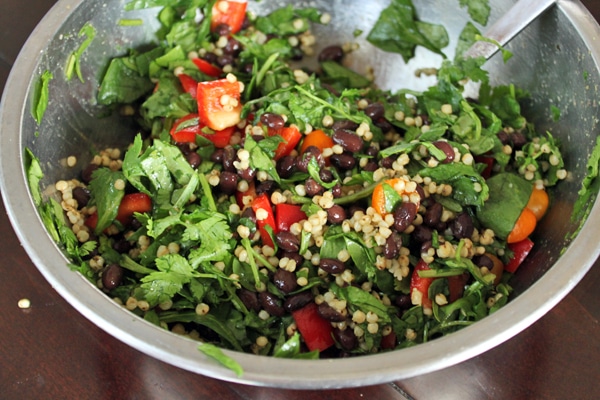 I thought the warm sorghum would wilt the spinach more, but it didn't so next time I may cut it back just a little. I ended up with exactly 6 cups the way the recipe is. 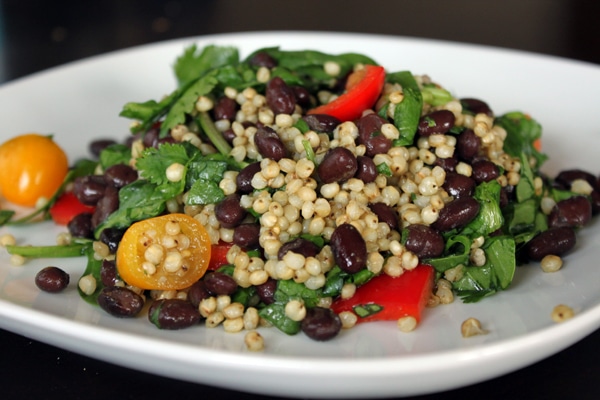 I was so impressed with this salad that I had to snap another photo when I brought it to my desk to eat. It was so darn pretty! 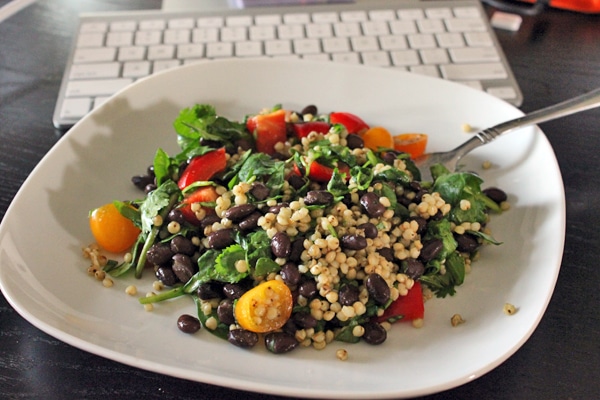 I'm so glad I gave sorghum a try. The only negative I see is a long cooking time. Other than that it's a very versatile grain that can really bulk up a salad or side dish.

« Top Your Winter Squash Soup With Cheese and Bacon!
Spicy 'Noodle' Bowl With Peanuts and Cilantro »