This was one of those lunch idea that just hit me when I opened the fridge. I've been trying to keep cooked quinoa on hand for quick meals and I picked up a packed of portobello mushrooms this past weekend just because.

When I saw both side by side I thought... 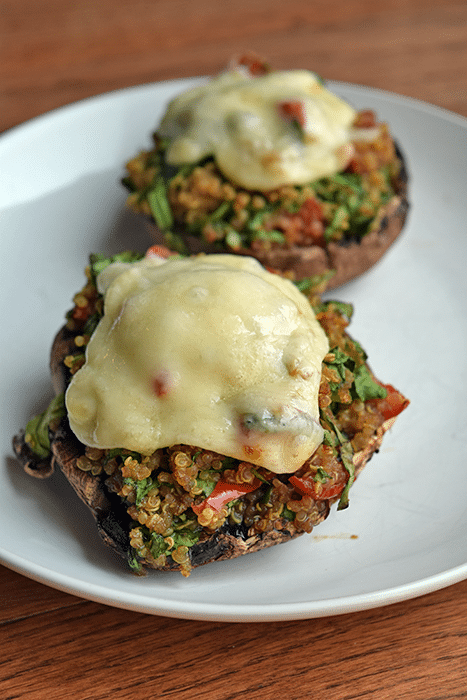 I used what I had on hand, which was some fresh spinach and aging grape tomatoes but this idea can go in a million directions. I really wish I had some fresh basil but it totally worked without it.

Place the portobello mushroom caps upside down on the cookie sheet and place in the oven. Turn the oven on to 425 degrees and let the mushrooms cook while the oven comes to temp.

While the mushrooms are cooking, combine the quinoa, spinach, tomatoes, vinegar, garlic powder and salt. 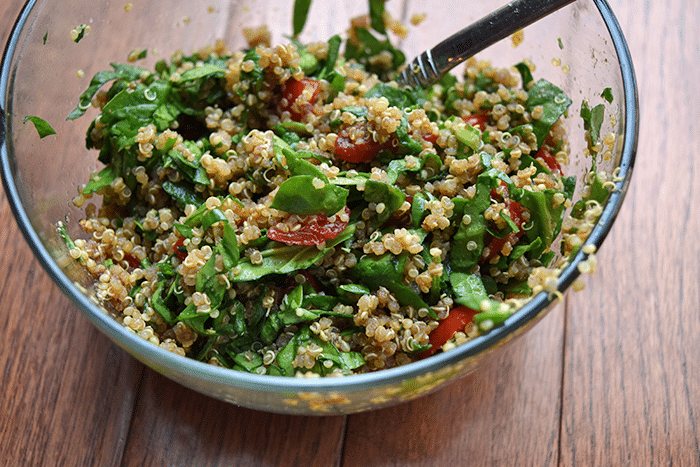 Once the oven reaches 425, remove the mushroom caps, which will now be partially cooked. Flip over the caps, pile on the quinoa mixture and top with a half an ounce of cheese each.

Return to the oven and bake for an additional 6-8 minutes until the cheese melts. 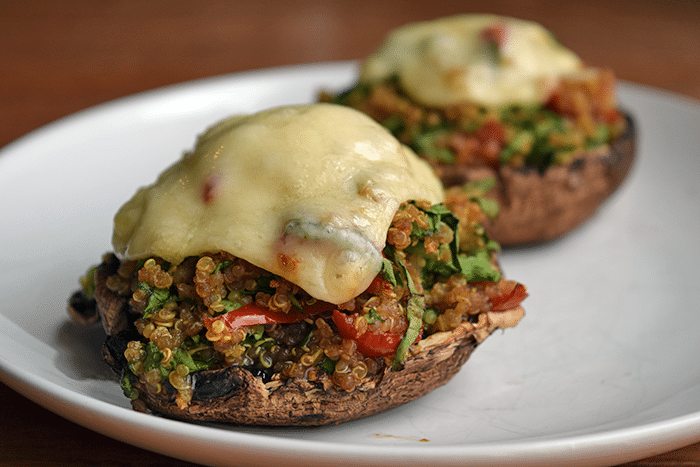 Like I said, this can go in a million directions with different veggies, herbs and cheese topping. Just take the idea and run with it!