I rarely eat traditional sandwiches anymore. It's weird. Growing up I lived off them. Always partial to mustard and cheese but truth be told, I'm not picky now and wasn't back then. If you slapped it between two slices of bread I'd eat it as long as there was NO mayo.

I hated mayo as a child and still do to this day. I just don't see its appeal when there are so many other flavorful sandwich spread options. I mean, it's just white and greasy.

I know I'm in the minority so I'll stop degrading the enormous jar of mayo I have in the fridge for The Husband who loves it in egg salad. Bleah!

Anyway, when I came home from the gym this morning I was really craving a warm, pressed sandwich. I'm not sure why but I decided to go with it and have fun.

A few weeks ago I picked up this jar of orange marmalade because it was on sale and I had a coupon. 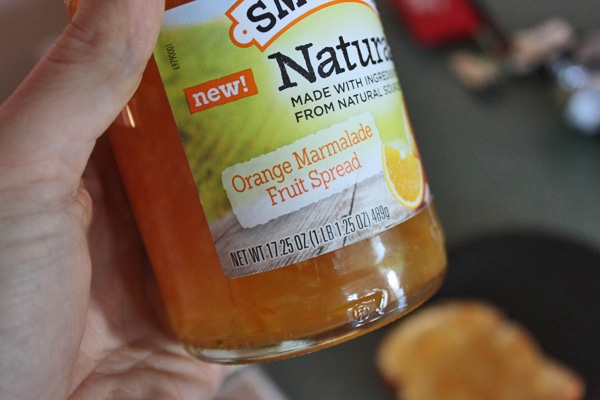 I figured it would be a fun addition to my pantry for stir fries or sauces but I didn't think about it as a sandwich spread until today. 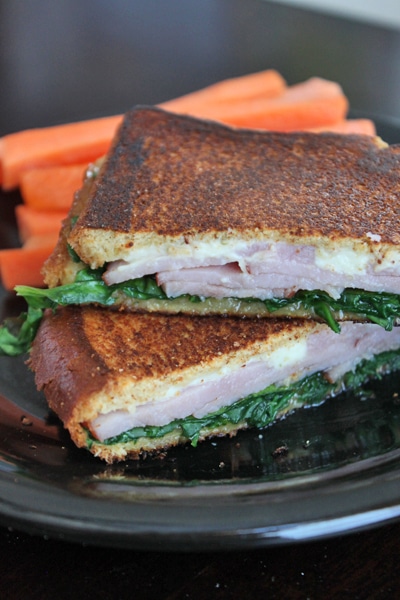 I thought its sweetness would compliment the new Chive and Onion Smooth Sensations Cream Cheese Spread from The Laughing Cow and I was right! They balanced each other out for a fun twist on a pretty straightforward pressed ham sandwich.

Preheat a non-stick skillet over medium heat and spray with non-stick cooking spray.

Spread the marmalade on one slice of bread and the cream cheese spread on the other. 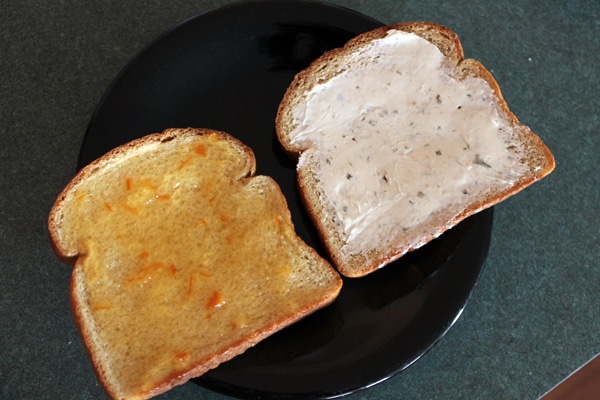 Pile on the ham and spinach.

Press the sandwich in the skillet. 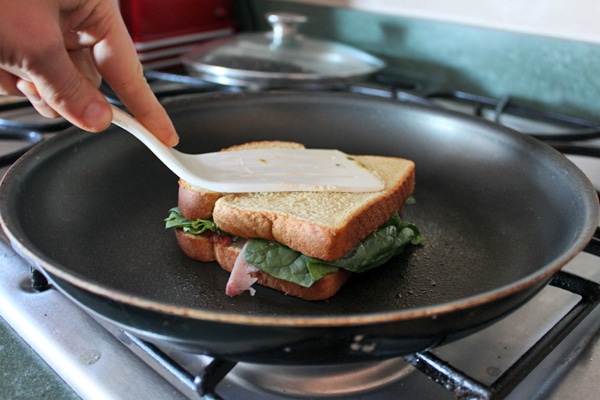 Note: This is my substitution for not having a panini press and being too lazy to pull out the George Foreman.

Cook it for about 2 minutes until the bread is nice and toasted. Then flip, press again and cover. 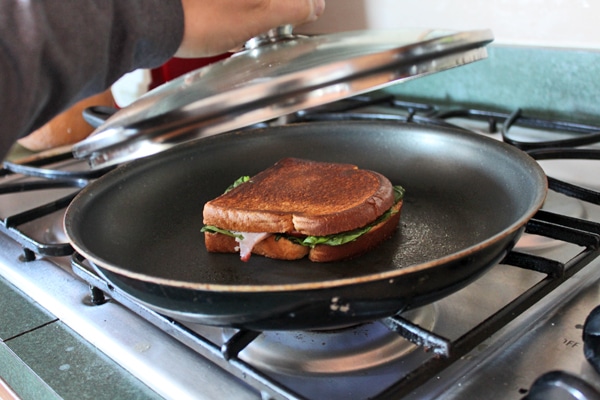 Cook for another 2 minutes then remove from the heat, cut in half, add a side of carrot sticks and pat yourself on the back for thinking outside of the sandwich box. At least that's what I did. 😉 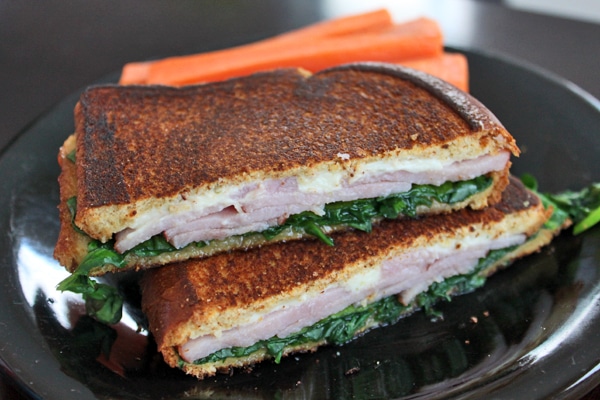 In all seriousness, I hope this inspires you to make something yummy at home. Just like The You-Don’t-Need-to-go-out-for-a-Great-Salad Salad sometimes I need to remind myself I can make fun sandwiches and salads at home that I'd normally order at a restaurant.