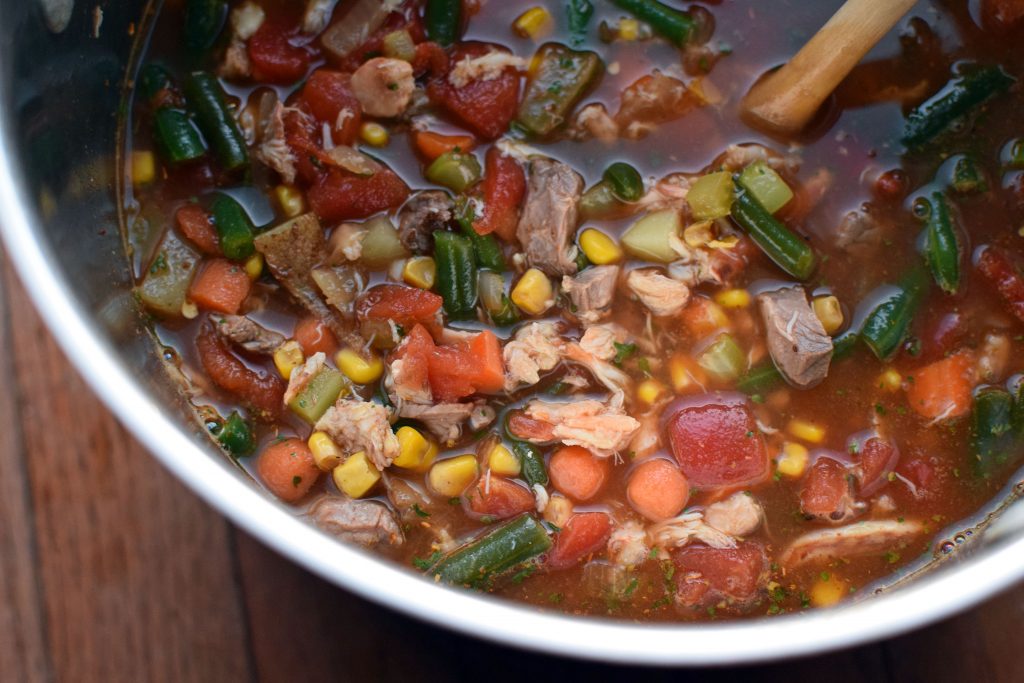 I fear posting anything I cook as a specific-style dish, like "Maryland Crab Soup." Have you seen the way people react when someone tries to get creative with food? For Pete's Sake people, there's more than one way to cook something, and I'd argue there really isn't a "right" way.

Did you cook it?

That's all the matters!

In a world where people cook less and less, why do we want to discourage any cooking? Let people be creative. That's my favorite thing about food! Find inspiration in anything and be as creative as you want it to be.

Anyway, I'll get off my soapbox now. Today, I want to share a Maryland-Crab-Soup-inspired-soup I made yesterday. It may not be how you make it but damn it was delicious, and I will be making it again.

Inspired by this recipe a friend shared with me on Facebook, I used what I had (and usually have) on hand, and I couldn't be happier with the result. It may be the best tasting soup I've ever made. Ever! Both The Husband and The 13-Year-Old loved it.

The 7-Year-Old? He's STILL in his picky phase. I can't wait until it's over. He did try it and gave me a sideways thumb. That's all I ever get out of him.

Here's what I did. 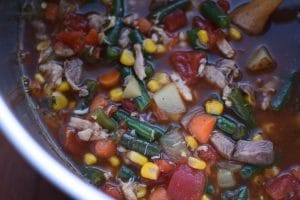 A Maryland Crab Soup inspired bowl of awesome! This soup will warm you on a cold day. It makes a great starter or meal with all those veggies! Macros per cup: carbs 12g, fat 2g, protein 9g

Heat the oil in a soup pot over medium heat and add the veggies as you prep them starting with the onion, then carrots, celery, potato. Add a pinch of salt and toss after adding each one.

Stir in the beef and crab meat.

Continue to cook over medium until the potatoes soften, about 30 minutes. It shouldn't boil, if it does, just lower to a simmer.