Apple Pie Oatmeal is one of my oldest posts here on GreenLiteBites. Eight years ago I shared how I mixed one of those flavored oatmeal packets with applesauce for breakfast. Two years later I dumped the packets and made a version with old-fashioned oats and artificial sweetener. Now that the kids are older I rarely buy applesauce and I've pretty much eliminated all artificial sweeteners from my diet. I don't even buy them anymore.

This morning, using what I had on hand, I whipped together my latest version. This one using an aging apple, spices and some liquid egg white to up the protein and creaminess factor.

The result was fantastic! Even The 4-Year-Old thought so... 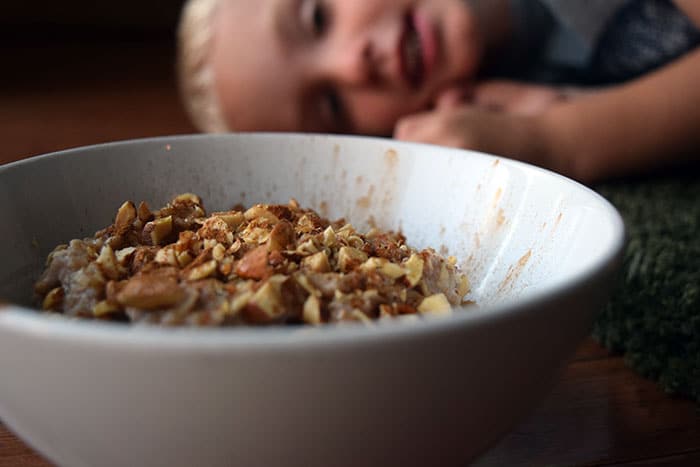 Well, that was AFTER all the whining that there were no chocolate chips. He normally eats oatmeal made like this so the apples were a twist for him.

(He was a BIG fan when he was a baby -- you have to click here to see Little Bean REALLY little.)

I tried to get him to help like his brother used to but he loses interest fast. He does, however, love to eat raw oatmeal. 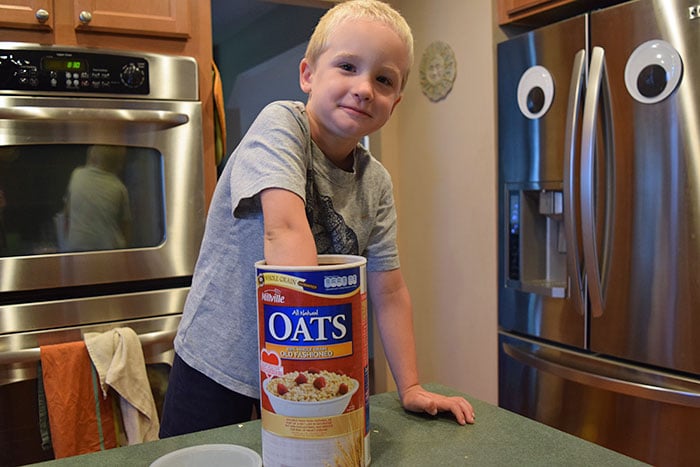 He likes the oddest textures. Grapes? No. Raw chia? Yes. Strawberries? No. Almond flour? Yes.  It's funny. He's also the opposite of his brother in so many ways. Ryan is not a big bread or bun fan, hates sandwiches and always leaves more than half the bun when we have burgers. Evan removes the burger and only eats the bun. He could also live off peanut butter sandwiches and cheese, two things his brother despises.

Everyone told me they would be different, and I have to say, I didn't believe it until I saw it for myself. 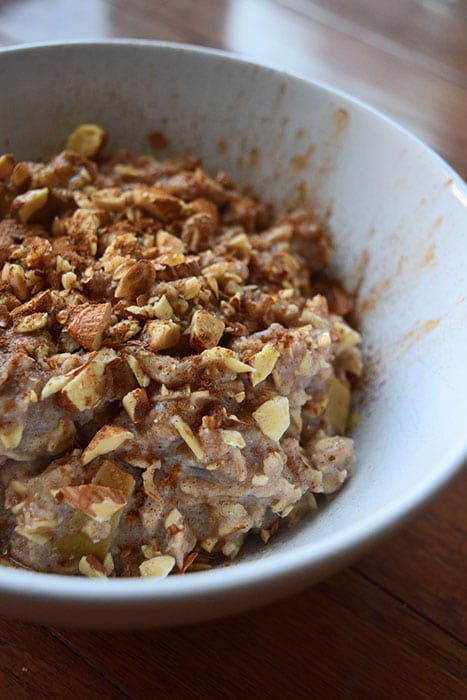 Anyway, here's how I made our bowl of Apple Pie Oatmeal this morning.

Put the apple, lemon juice, salt, cinnamon, nutmeg, ginger, allspice and ½ cup of the water in a small pot. Bring it to a boil over medium heat and continue to cook for about 10 minutes. 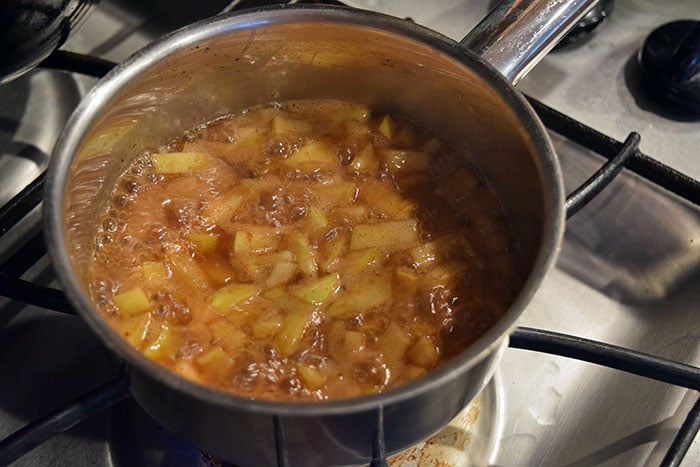 After 10 minutes smash with a fork. 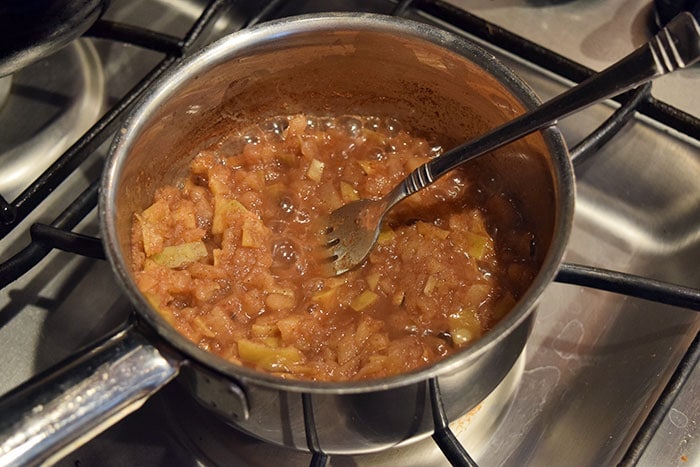 Add the additional ½ cup of water then stir in in the egg white and oatmeal. Continue cooking over medium heat for about 3 minutes until thick. Transfer to a bowl. 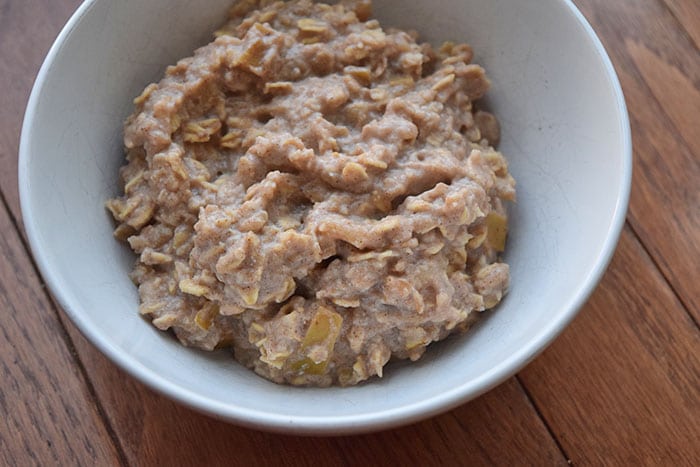 I decided to top with a little crunch and a touch of sweetness by adding some chopped almonds and a drizzle of honey. It was a huge bowl of oatmeal awesomeness. 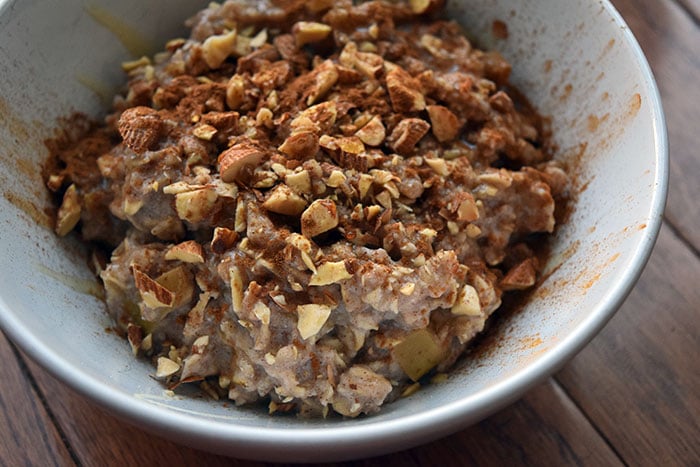 Previous Post: « A Breakfast Cobb Salad From the Shore!
Next Post: Green Salad With Shrimp and Basil-Mint Dressing »