I had this cute little pumpkin sitting on my counter since Evan's field trip to the farm a couple of weeks ago. We decided to get him a bigger one for jack-o-lantern making so Ryan labeled this one "food." 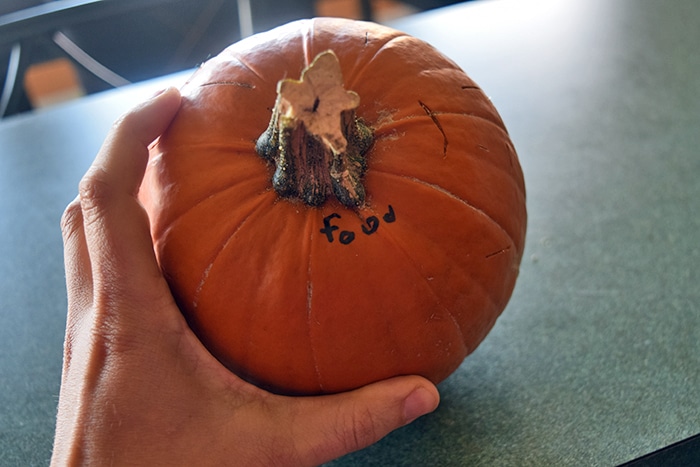 I pondered what to do with it for a few days and then it hit me: soup!

I thought about roasting the pumpkin first but that seemed too daunting. Instead I simply boiled it in some homemade broth and pureed it. It took a lot less time and was absolutely delicious! 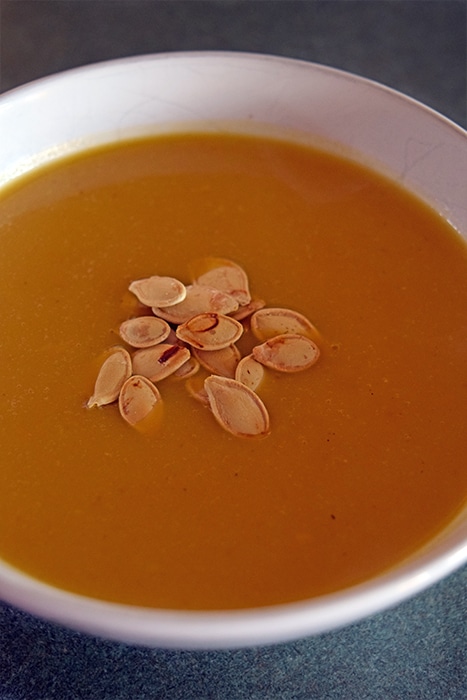 Although, I must confess, I was the only one in the house to enjoy it. Everyone else tasted it and turned their noses up, but what do they know? They don't even like pureed butternut squash!

Anyway, here's what I did. This could be made with any winter squash and don't worry if you don't have garam masala, the same amount of allspice or even nutmeg would be just as yummy!

Start by preparing the pumpkin. Cut it in half, scrape out the seeds and then cut into wedges. Wedges are super easy to peel. 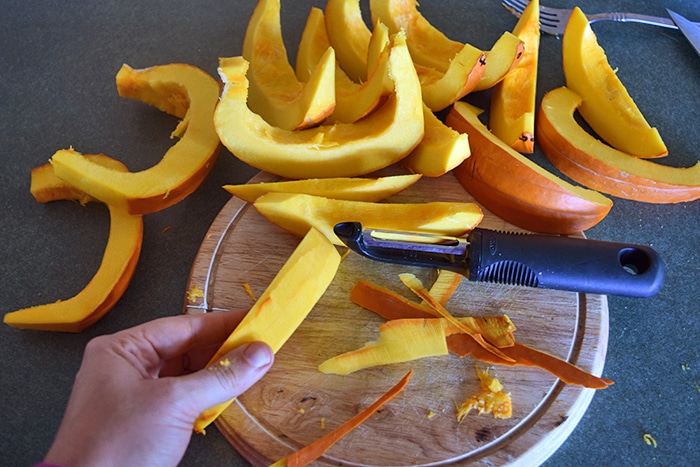 Chop the pumpkin and place in a pot with the broth, garam masala, and ginger root. Bring to a boil then lower to medium and continue to cook until the pumpkin is fork-tender (about 25 minutes). 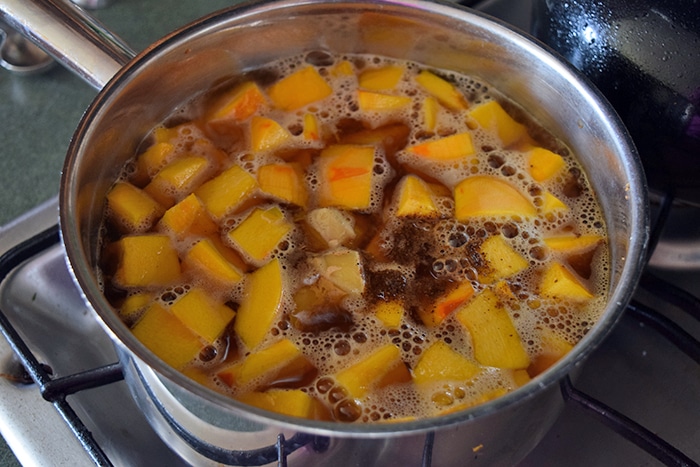 Lower to a simmer, add the coconut milk and puree with an immersion blender (or transfer to your upright blender). 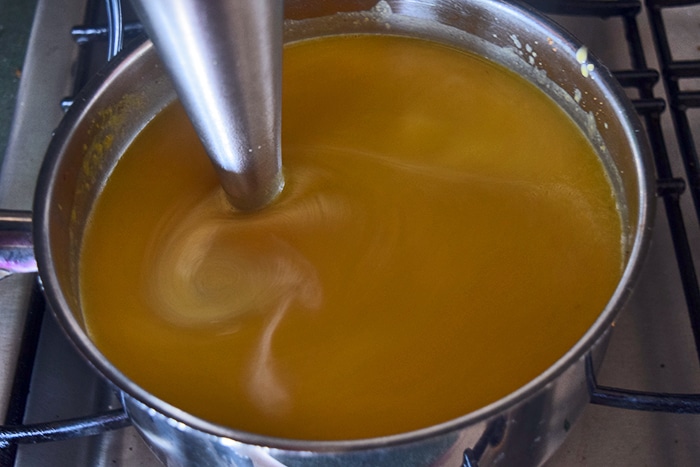 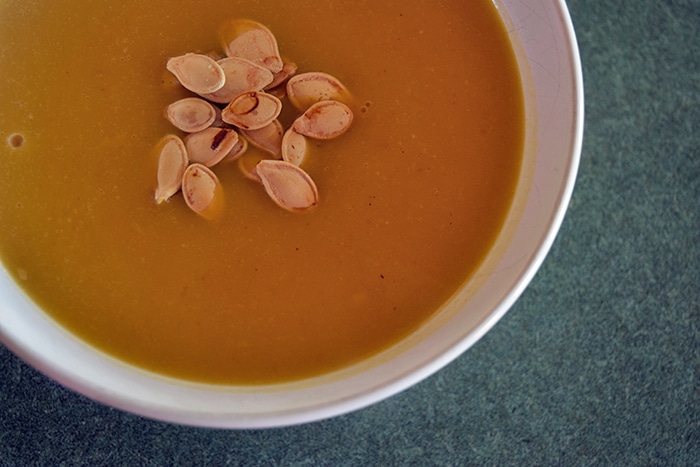 I ended up with around 8 cups. I was a little shocked at how low calorie it was, but all has in it is pumpkin and a can of coconut milk split 8 ways.

My favorite way to eat it is with a little leftover cooked chicken stirred in. the pumpkin seeds were good but they lose their crunch fairly quickly. The texture of the chicken holds up with the thickness of the soup much better.

Unfortunately, my batch is already gone. Now I have to buy another pumpkin!