I have learned to love breakfast.

Give me bacon, eggs and hash and I'm in heaven.

I normally make myself eggs but leave the bacon and potatoes for special occasions or mornings out at a local diner. But this morning as I opened my fridge and saw the container of cooked spaghetti squash, it hit me: Why not make "hash" out of the squash?

I'm using the term hash like when you get grated fried potatoes at a diner. I'm actually more partial to home fries but truth be told, I don't turn down fried potatoes in any form. 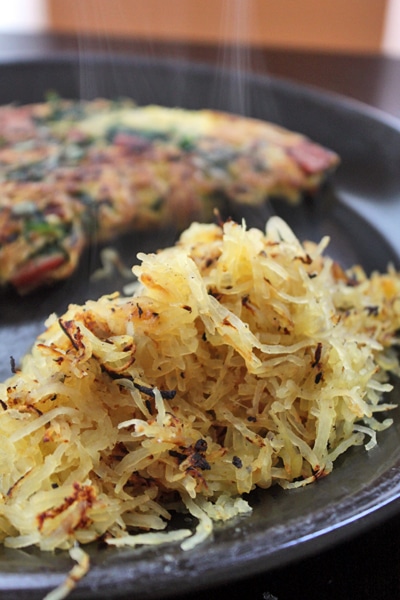 I decided to see how spaghetti squash would be if I treated it like grated potatoes and simply fried it alongside my standard egg breakfast.

Let me tell you, it was delicious! And there's nothing to them. You could add some onion and peppers, even bacon bits or diced ham, but the squash alone with a little salt and pepper was the perfect side dish to my spinach and ham omelet.

Add the spaghetti squash and spread it out across the pan. 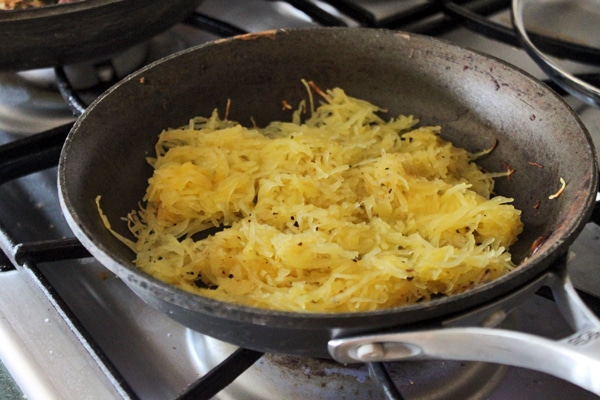 Let it cook and sizzle in the pan without touching it. This is one of those times you want to get a little burn. It adds to the flavor.

After about 1-2 minutes, toss the spaghetti squash and then let sit again. Sprinkle with a bit of salt and pepper. 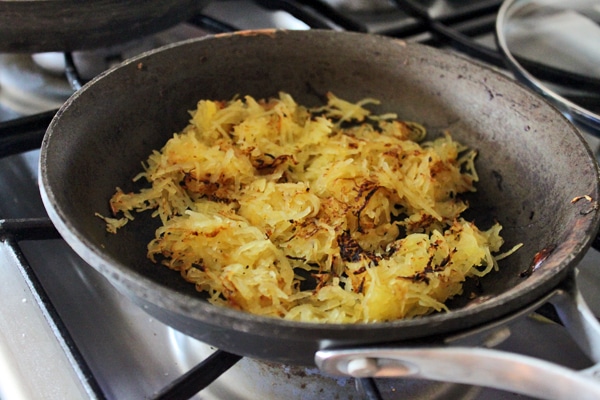 Repeat this about 2 more times until the squash is nice and golden and warmed through.

Serve alongside your favorite egg dish.

I ate mine with a spinach and ham omelet and a squirt of ketchup (of course).

It was a great way to bulk up breakfast adding minimal calories but lots of fun flavor and texture!