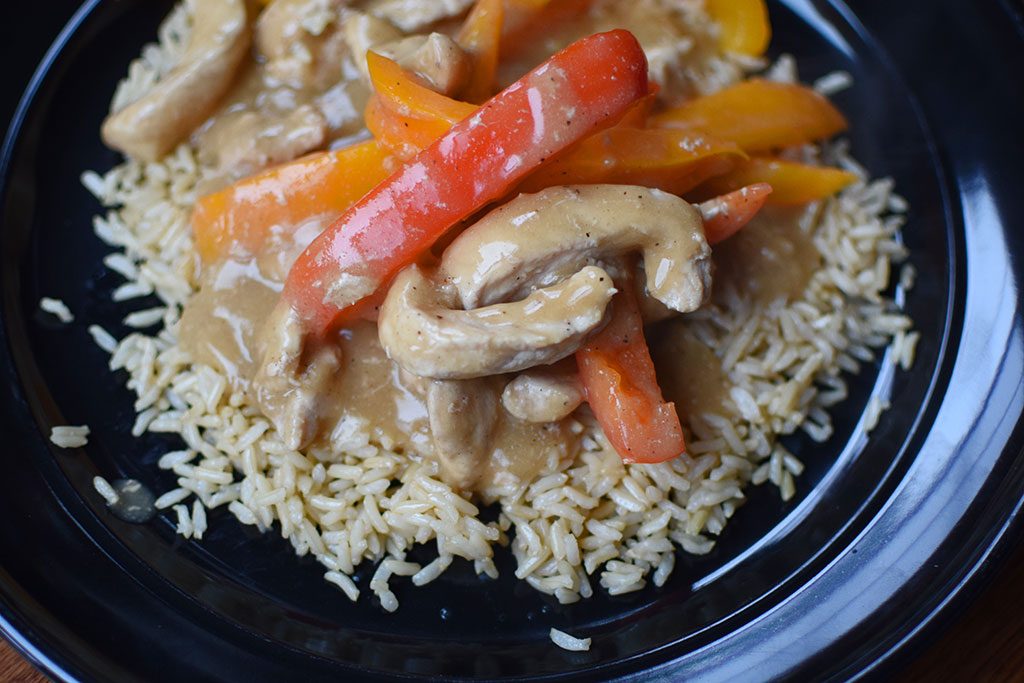 I remember when I first came up with this idea. I thought I was so clever for coming up with the name "Peppered Pork with Peppers." Blog post titles that begin with the same letter repeated always made me smile. They still do.

Anyway, I haven't had this dish in years. Frankly, I completely forgot about it until it was mentioned in the GreenLiteBite's group when I asked what recipes folks would like me to re-post. Considering how old this recipe was (2009 I think!), I decided to make it again before sharing.  This way I could take some new photos and see how the family liked it now.

Both The Husband and The 13-Year-Old enjoyed it, no complaints. The 7-Year-Old, who wasn't even a "star in the sky" as my mom would always say, reacted it the same way his older brother did years earlier. He ate plain brown rice, a few bites of pork separated, and requested bell peppers with no sauce on them. I was happy to oblige. I can't fault a kid who enjoys raw veggies over cooked, sauced ones. Can I? 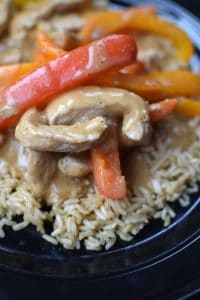 Pepper and soy sauce help to flavor this simple oat-flour-thickened pork dish. It's great over rice, but noodles or mashed potatoes would be work too!

Heat a large skillet over medium-high heat and spray with non-stick cooking spray.

Once the pork is almost all brown add the broth mixture. Bring to a boil. If the sauce is too thick add a splash more broth or water.

Add the sliced peppers, stir, cover and reduce the heat to medium-low. Let cook for 5 minutes to soften the peppers.