Like my recent sandwich idea, I don't find myself frying things too often but every once in a while I like to indulge. Let's just say I'm a big believer in Michael Pollen's 39th "Food Rule":

#39 Eat all the junk food you want as long as you cook it yourself.

There is nothing wrong with eating sweets, fried foods, pastries, even drinking soda every now and then, but food manufacturers have made eating these formerly expensive and hard-to-make treats so cheap and easy that we're eating them every day. The french fry did not become America's most popular vegetable until industry took over the jobs of washing, peeling, cutting and frying the potatoes — and cleaning up the mess. If you made all the french fries you ate, you would eat them much less often, if only because they're so much work. The same holds true for fried chicken, chips, cakes, pies and ice cream. Enjoy these treats as often as you're willing to prepare them — chances are good it won't be every day.

I would argue sweet potatoes aren't "junk" but you know what I mean.

I grew up eating potato pancakes at church bazaars. To this day it's one my favorite things to treat myself with when I'm home in the summer during festival season.

I rarely eat them anymore but decided to make some this past Sunday. However, instead of boring white potatoes I decided to beef up my cakes up using sweet potatoes, scallions and spices.

The result was OUT OF THIS WORLD good.  I could have easily eaten the whole batch myself. Even The Husband enjoyed them. The kids? 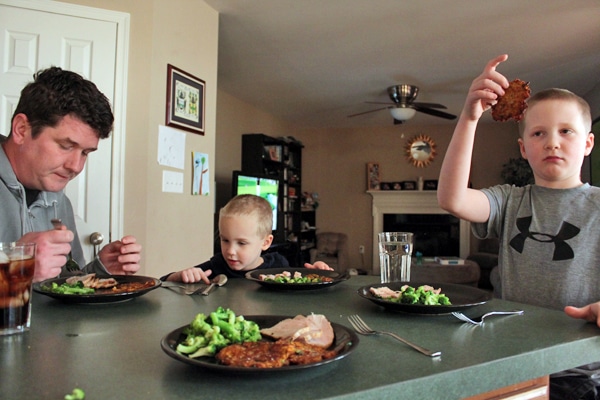 That face says it all. lol 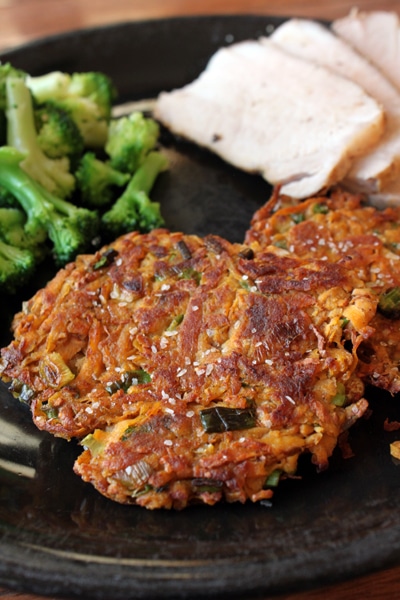 The 2-year-old was completely uninterested. I was able to get him to eat a bite or 2. The 8-year-old needed a bit more convincing. He ended up eating half of one.

I hope to be out of the as-long-as-they-try-it stage soon. One day I hope they actually get excited about dinner and just eat!

Anyway, let me share what I did. They were really simple to make although a little time consuming to grate a sweet potato.

Grate the potato, skin and all. Just be sure to scrub it first. 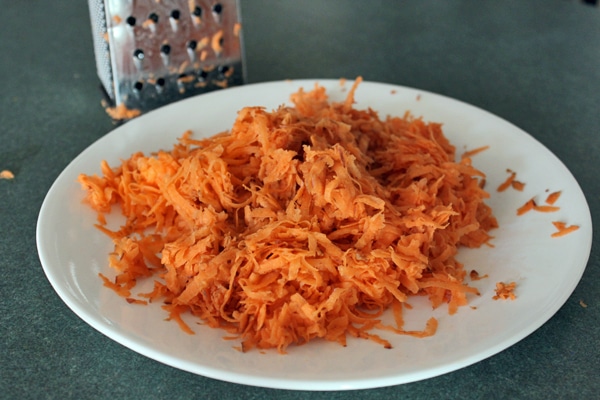 Remove some of the moisture from the grated potato. I did this by pressing it in a strainer. 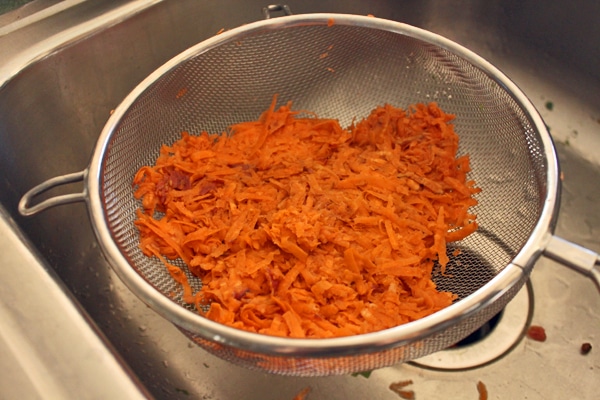 Put all the ingredients except the oil in a bowl. 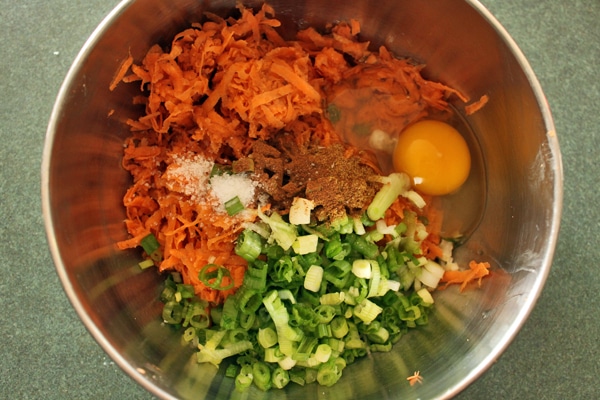 Combine all the ingredients with your hands. Set aside.

Heat oil in a skillet over medium heat. Test to see if the oil is hot with a small pinch of sweet potato. If it sizzles you are ready to go!

Make "cakes" out of the sweet potato mixture and place them directly into the oil. 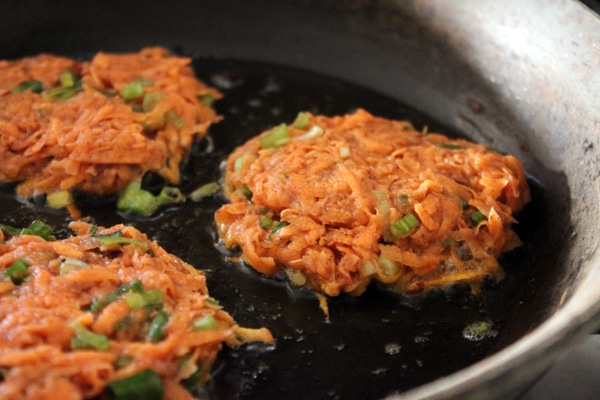 I was first planning to make mini cakes but it would have taken too long so I made them regular size. I could fit 4 per skillet and made 8 total cakes.

Cook them until brown and crisp on one side (about 4 minutes) then flip.

After I flipped I flattened the cake with my spatula a bit. Cook for about 2-3 minutes then remove and drain excess oil on a paper towel. 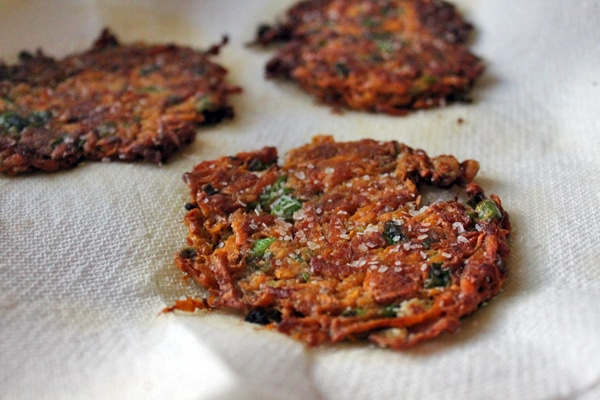 I served mine with pork loin and broccoli. 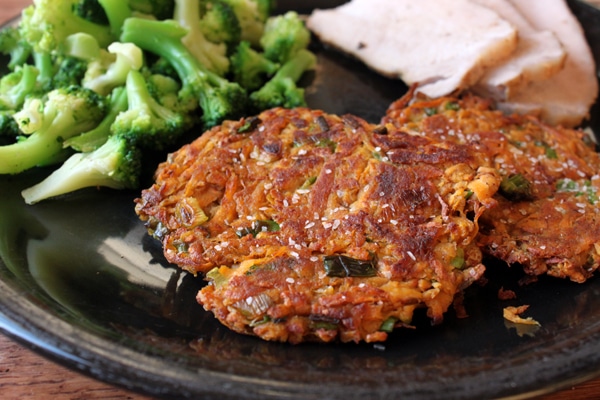 It was a great side to the pork! I love eating a bite of each together.

Nutritional Info is tough on this one since it's fried. I'll do my best to estimate. (Note: Saturated fat is high as I used coconut oil as my fat.)

« Grilled Chicken Panini With Avocado and Salsa
Peaches and Feta »