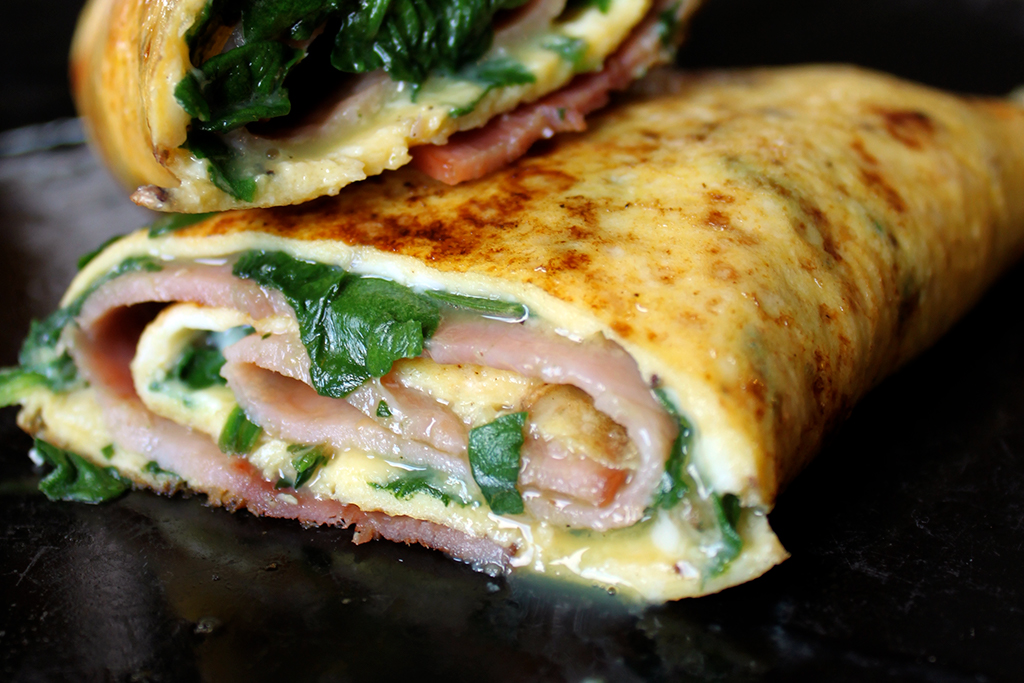 I know, don't you hate when people say that? I do, depending on my mood, but when I sit down to blog, it comes out of me naturally. I guess it's my way of starting.

Anyhoo, Jenny emailed asking for an old Egg Roll-up idea I posted back in 2011. Well, much like the Pancakes, it brought me down memory lane. I found two videos of me making roll-ups, and I'm pregnant in one!

I still had a few weeks to go before my due date, but little did I know my water would break that night! Little Bean was born the next day.

And here I am September that same year making a Spinach and Turkey Bacon Roll-up.

Boy, how I miss recording these and wearing all my cheesy green shirts. Unfortunately, every attempt I've made to get back to them have fallen flat. I'm in such a different place now. One day, maybe. In the meantime, I'll keep posting when I can.

Here's the original recipe I posted back then. This one is fun, and you can put anything topping you want in them. I'm not a big cheese fan on eggs, but it would make a great addition as well. 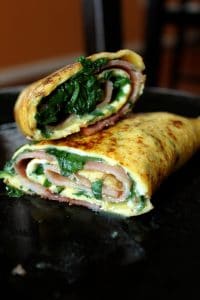 Egg Roll-Ups are a fun twist on omelets when you're bored of eggs. This version uses ham and spinach, but you can top with pretty much anything you like!

Warm a non-stick skillet over medium-high heat. Grill the ham, flipping once. Remove the ham from the skillet and set aside.

Meanwhile, crack 2 eggs in a small bowl or mug and whip with a fork.

Lower the heat to medium-low and spray the skillet with non-stick cooking spray.

Add the egg to the skillet and swirl around to cover the bottom of the pan. Sprinkle with a bit of salt and pepper.

Top the cooking egg with the spinach and cover.

Cook for approximately 2-4 minute until egg is no longer runny on top.

Uncover, lay the ham slice on top of the spinach.

Slide a spatula around the edges of the egg. Then slowly take one edge and begin to roll over on itself using a finger to hold it in place.

When finished rolling, cook for an additional 30 seconds to help it seal.

« One Pot Chicken and Rice with Pearl Onions and Vegetables
Welcome the Latest Member of the GreenLiteBites Family! »