I have been cooking up a storm lately but unfortunately, the time to share my adventures has been limited. I photographed 2-3 more ideas since last Wednesday but I'm sharing the most recent one I made Saturday because, well, it was AWESOME!

I happened to have a half of raw potato -- it's a long story that has something to do with this, don't ask.

Anyway, I was just going to dice the potato for breakfast but then I thought back to when I grated the butternut for this salad. I still had some raw squash and the idea of mixing it with potato seemed like a great idea.

There's really nothing to this hash and it was amazing!

(Although I was the only one who thought so.) 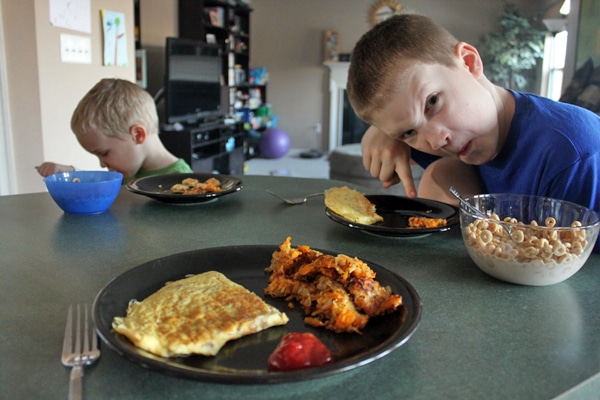 That's the 8-year-old making a face at the small amount I gave him to try.

The 2-year-old wasn't as disturbed. He tried his "one bite" and went back to his cereal and egg. 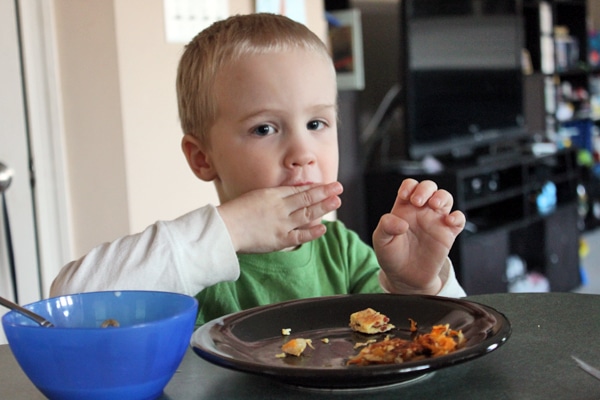 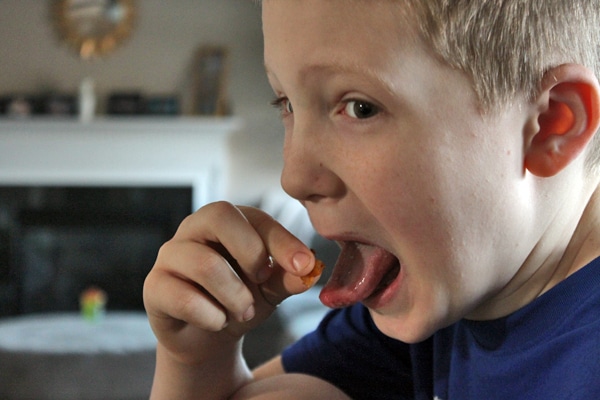 He was not impressed. 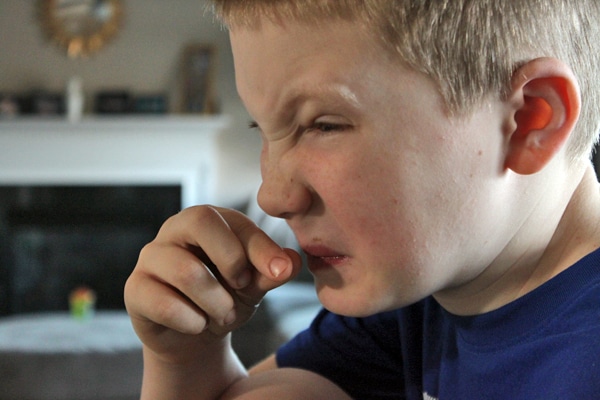 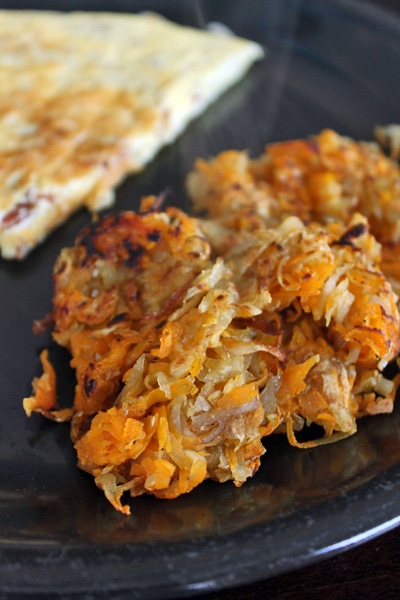 He's just being a silly kid because this was really yummy, better then anything I've ever gotten at a diner, and even better with a dab of ketchup.

Oh well, more for me! (I just keep telling myself he'll like it when he's older.)

Anyway, here's what I did.

Grate the potato and squash. I don't have a picture of the grater but I used the larger side that I normally use for soft cheeses.

Soak up some of the moisture from the grated potato and butternut squash by pressing over top. 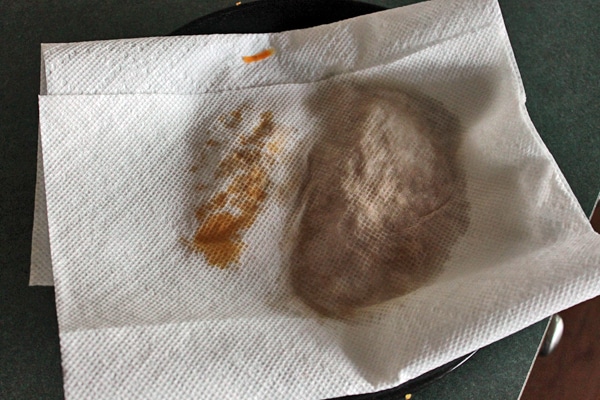 Mix the grated potato and squash together, fluffing them up. 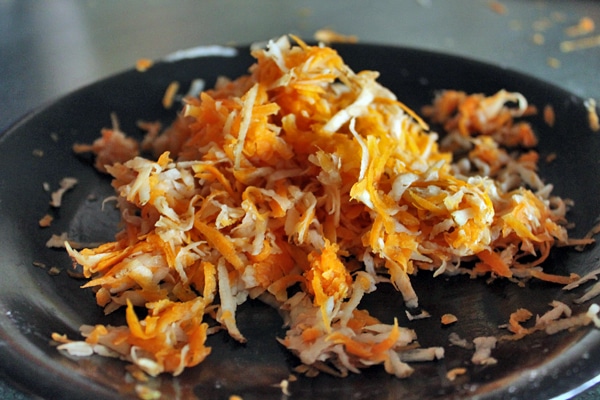 Heat a skillet over medium-high heat. Add the oil and let it melt and coat the bottom of the pan.

Add the grated potato and squash to the skillet. Spread it out so it cover the pan, sprinkle with salt and pepper, and let it cook for 1-2 minutes. 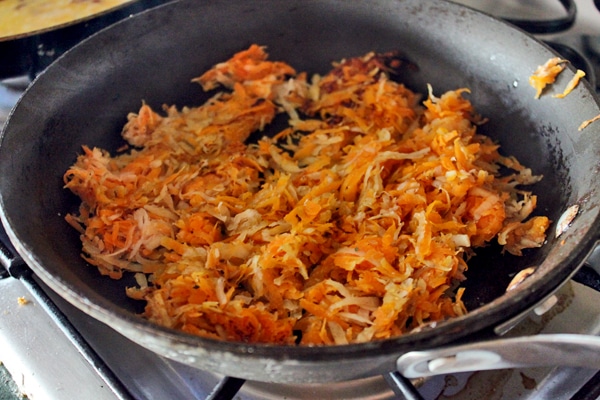 Flip it in sections allowing some chunks to stick together.

I cooked mine alongside a large bacon bit omelet I was making for me and the boys. 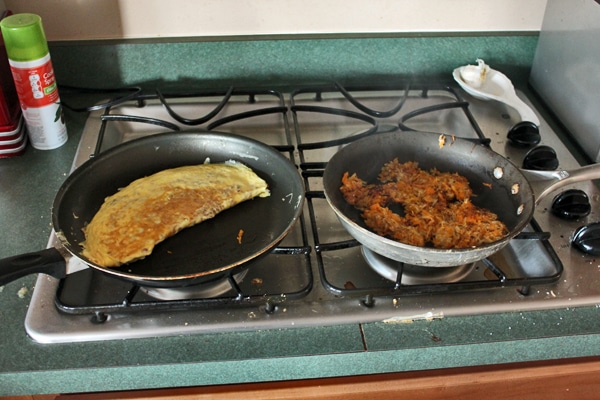 I removed the hash after it cooked about 5 minutes, letting some bits brown and crisp up. 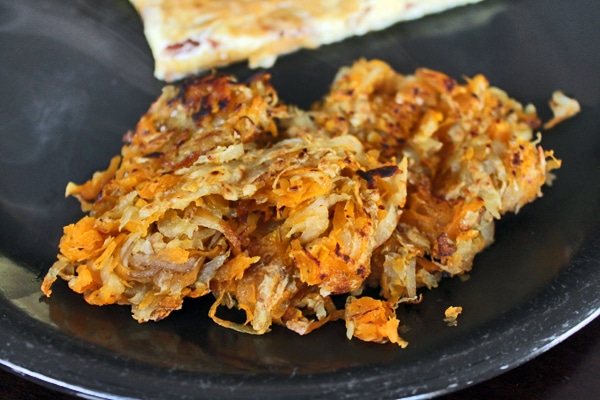