Western omelets have always been my favorite. The combination of onion, peppers and ham with egg dipped in ketchup is a little taste of breakfast heaven for this breakfast lover.

The little guy had NO interest in them at all. 🙁 I can't get him to eat eggs anymore even though they were such a staple for us for so long. I'm sure it's just a phase so I'm going to keep offering. 🙂 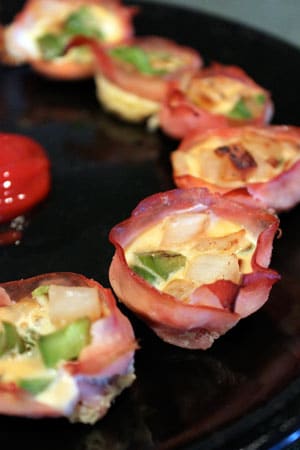 preheat the oven to 375 degrees.

Spray in a 12 cup mini muffin pan with non-stick cooking spray. Depending on the size of your ham slices cut them in half, form a small cone and place in the mini muffin pan like this. . . 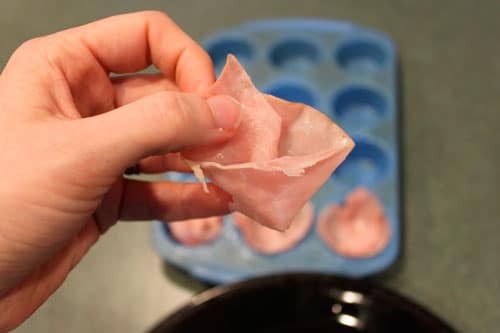 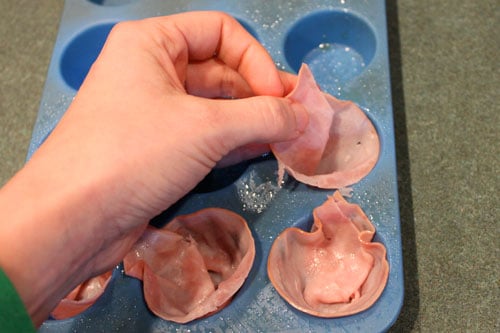 Heat a non-stick skillet over medium heat. Cook the onion until just starts to brown. Add the peppers, sprinkle with salt and pepper. Cook for another minute before shutting off the heat.

Whisk the egg and egg white together with a bit of salt and pepper. Stir in the cooked onion and peppers.

Using a tablespoon scoop the egg mixture into the ham cups.

Bake for about 15 minutes until the egg is firm. 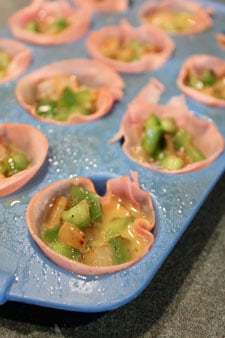 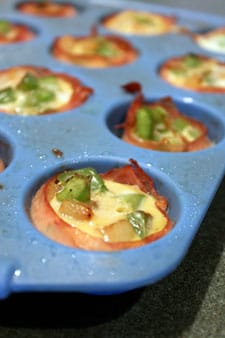 I ate the whole batch, but you could totally share and pair with a slice of whole wheat toast or something. Just a thought. 🙂