I finally did it!

I took the plunge, tried my hand at homemade granola and it came out crunchy and delicious!

It's so good, I'm munching on it now! 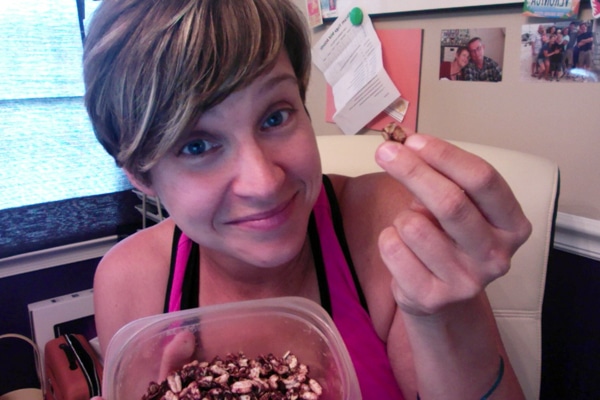 I don't why it took me so long to try it. The idea is super simple and you can really use any ingredients you have on hand.

I've had this bag of puffed kamut...

in my pantry for months. It's a lot like puffed rice, just a different grain. It worked great and really helped to bulk up the granola. When baked it also added a wonderful crunch.

I mixed in some chia seeds just because and decided chocolate was the best way to get the kids interested. Both of those ingredients are optional. The base recipe is the combination of honey and a nut butter combined with oats and a puffed cereal of your choice. I got the idea from this bar recipe, which uses a similar ratio. I reduced the honey since I wasn't going the bar route.

The kids were uninterested in helping and eating, which was disappointing.  I just can't get either of them excited about cooking with me in the kitchen anymore. I hope it's just a phase. 🙁

On a positive note, Little Bean did munch on some during snack time. 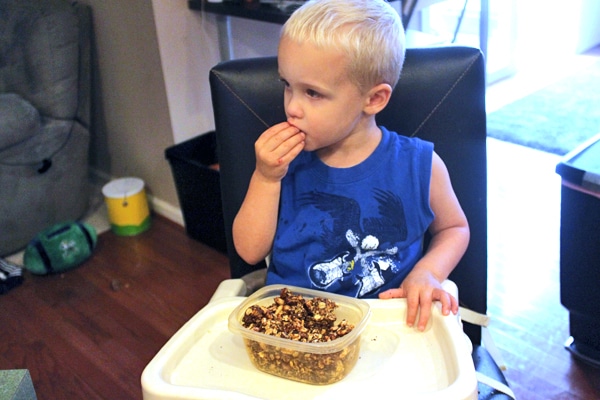 He didn't go ga-ga over it but he did take a few bites. I think it will grow on him. 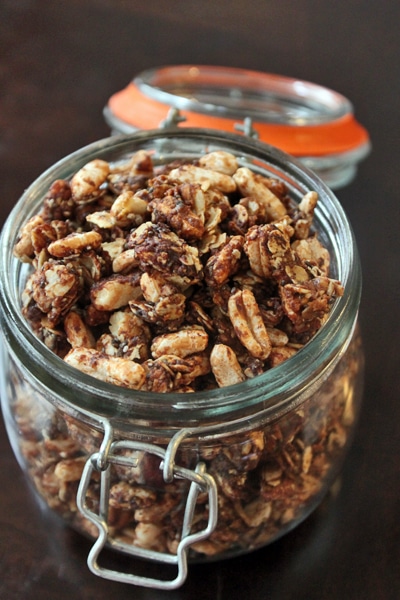 Anyway, here's what I did. I hope you take the base idea and make your own creation. If you do let me know in the comments. I'd love to see what fun combinations you come up with. Next time I'm thing dried cherries or sunflower seeds and dried cranberries!

Preheat the oven to 300 degrees.

Spray a large bowl with non-stick cooking spray -- this will help when you add the honey and almond butter. Add the oats, puffed cereal, chia seeds, chocolate chips and salt. 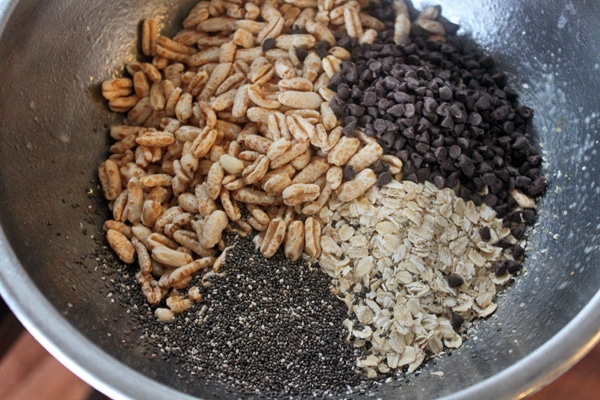 In a smaller microwave-safe bowl, add the honey and almond butter. 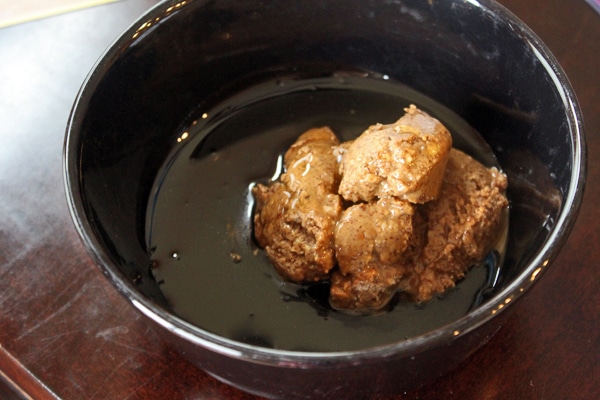 Microwave for about 30 seconds then mix until combined. 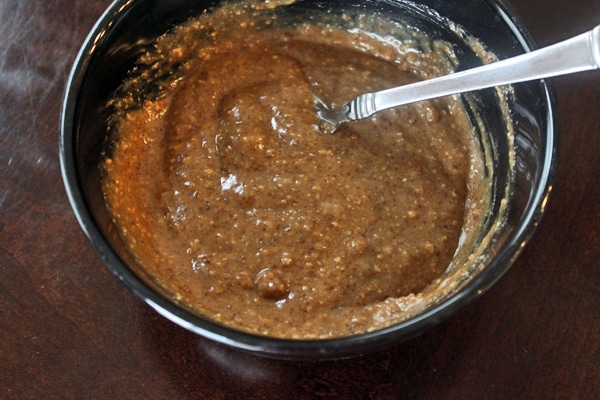 It will take a few minutes to get the two combined. Just keep mixing.

Pour the honey-almond butter mixture over the dry ingredient and mix well. I actually ditched the spatula and used my hands to toss everything together. Hence, no photo. 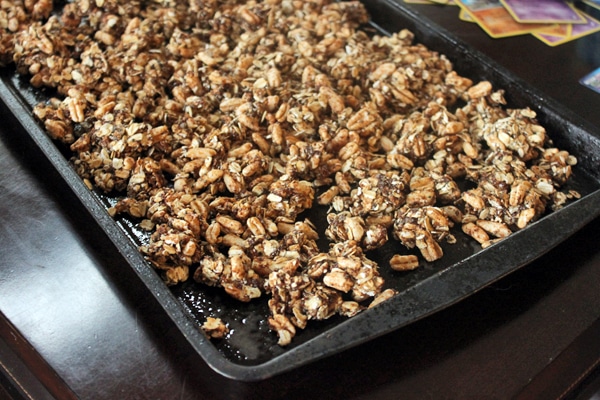 Since the 8-year-old's Pokemon cards snuck into the photo I shall show you a behind-the-scenes. 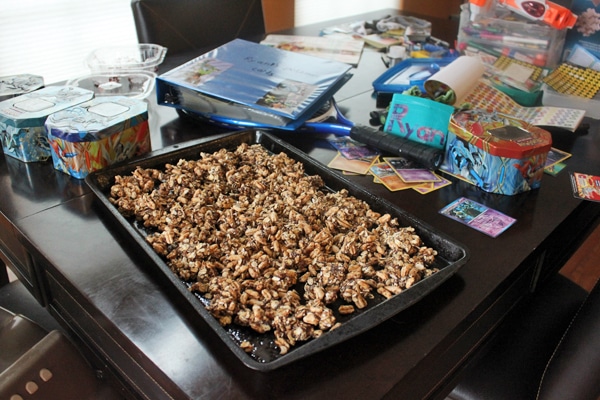 Unfortunately my kitchen usually looks like this. I just find a fairly clean photo to snap my shots. lol

Anyway, bake for about 30 minutes, tossing every 8-10 so the granola doesn't burn.

Remove from oven, let cool on the sheet and then transfer to an airtight container. I immediately ate some with yogurt and then tried a bit with almond milk. 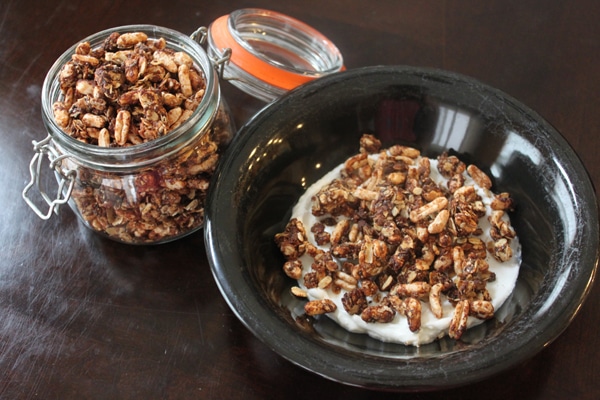 Both ways were crunchy and delicious!

I weighed and ended up with a total of 400g of granola, which was easily measured out to be 9 ½ cups so that's what I'm basing the nutritional information on. I love it when all the numbers come together so easily!