A few weeks ago I was on a hunt for canned coconut milk and all I could find was the full fat kind by Goya. I've seen some "light" cans before but they were nowhere to be found. So I decided to suck it up and get over my still irrational fear of fat. Overall I've been good about this, swapping traditional low-fat products over the years for their full fat and less altered counterparts. I'm trying hard to undo all the low-fat = better programming we've been fed for years.

The two cans I picked up have been eye level in my pantry just waiting to be used.

Saturday morning, up early with the kids I decided to crack one open. Inspired by this Acorn Squash Soup on Blogging Over Thyme, I fired up the oven and roasted a couple of sweet potatoes. An hour later I was enjoying a warm bowl of liquid gold.

It came out delicious! 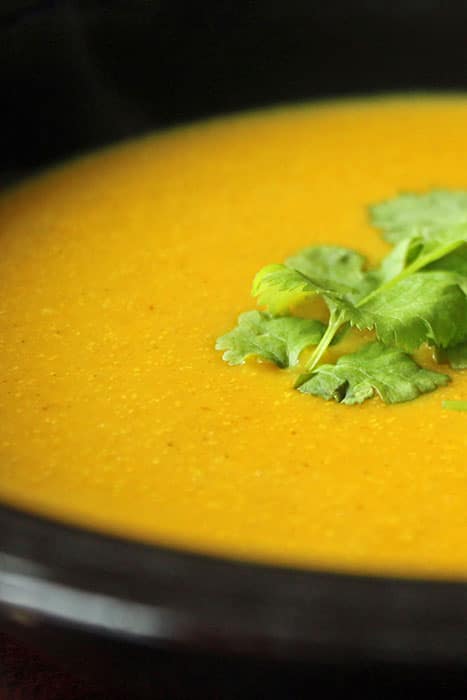 (Note: Don't even bother asking how the family liked it, I couldn't get any of them to try it with a 10-foot pole. I think these Indian-inspired flavors are my biggest challenge with the kids and husband.)

Preheat the oven to 425 degrees. Pierce the potatoes a few times and roast them until soft, about 45 minutes.

While the potatoes are cooking, put the stock, coconut milk, spices and ginger in a soup pot. Add the quinoa and bring to a low boil. Cover and lower to a simmer. Cook for 20 minutes until the quinoa soaks up some of the liquid and softens.

Once the sweet potatoes are done, remove the skins. They should slide right off. Just pick with your fingers and peel. Dice up the potatoes and add them to the simmering soup.

Puree using an immersion blender or transfer to a traditional blender. 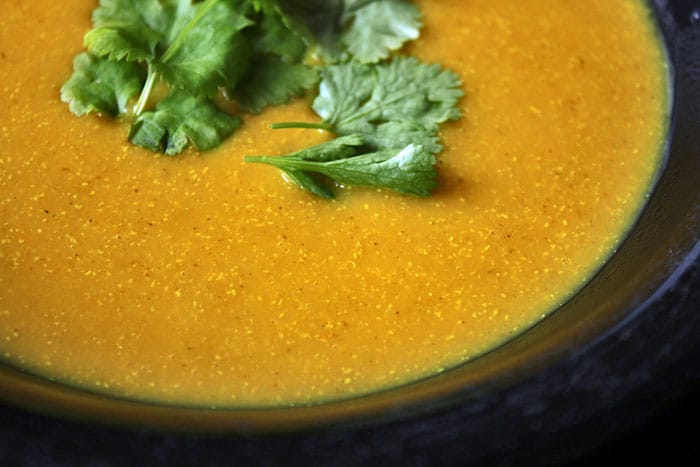 I garnished with a bit of fresh cilantro and it complimented the spices in the soup perfectly. 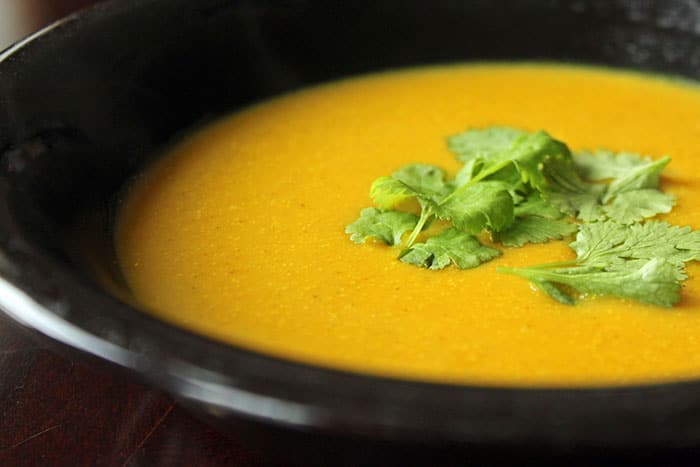 For dinner I topped another bowl with some pumpkin seeds but it was too dark to photograph. The added crunch was also a great addition! I think any seed would work great!

I measured out exactly 11 cups, which is also what's pictured. It's a great warm side to a salad or sandwich for lunch!

« Cheesesteak Salad With a Warm Tomato Dressing
The Cuban-Inspired Salad »