I know this is cliche but I can't believe it's 2015.  As a child of the '80s and '90s it sounds like the future has arrived. The older I get the faster the years fly by. Ever since the kids have been born my life has been on warp speed.

Anyway, New Year's is pretty low key for us.

Just a nice dinner and movie at home. We decided on seafood and I had a request from The Husband to make Crab Balls again.

We live in Maryland so the crab cake is king and these are basically mini crab cakes formed into a meatball shape. It makes them fun and, in my opinion, easier to handle.

The recipe I use is basically a modified version of what's on the Old Bay Spice container. 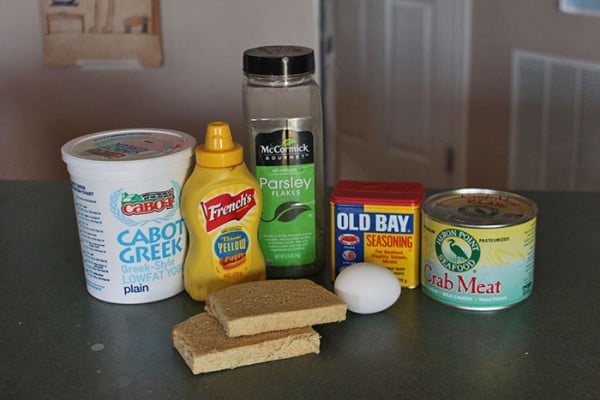 I just replace the mayo with yogurt and follow an easier procedure.

As I said, The Husband loves them. The 9-Year-Old said, and I quote, "I like the inside but the outside ruins it."

What does that even mean? 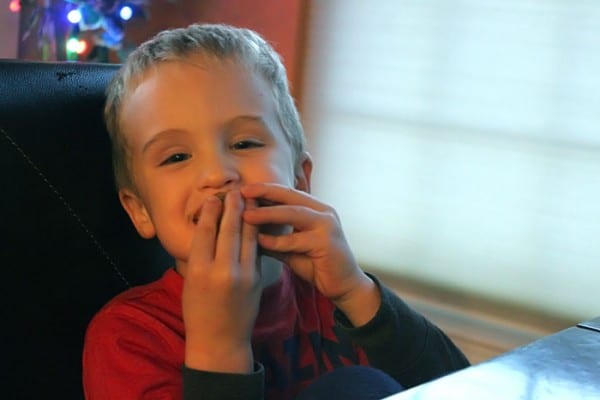 He happily ate one! I had to coerce him a little but no faces, tears, or spitting out. Always a good sign. 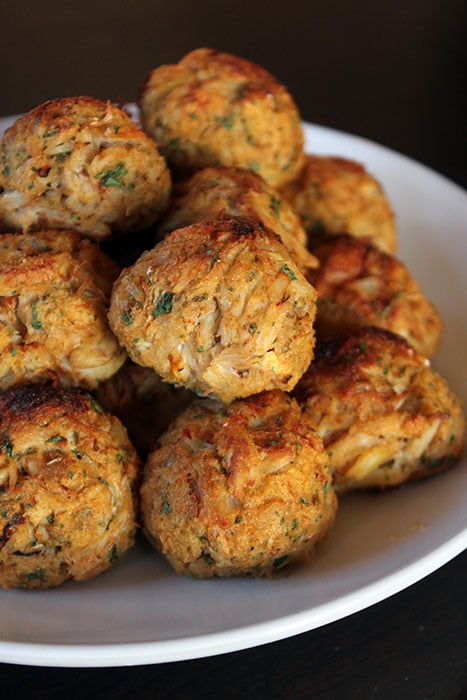 I love them! I just wish crab meat wasn't so darn expensive. I used claw for this batch as it was half what the lump meat costs but either works. The claw meat actually works to hold the balls together better, but The lump is is fancier and more, well, hoity toity.

Put the egg, yogurt, Old Bay, parsley, and mustard in a bowl. 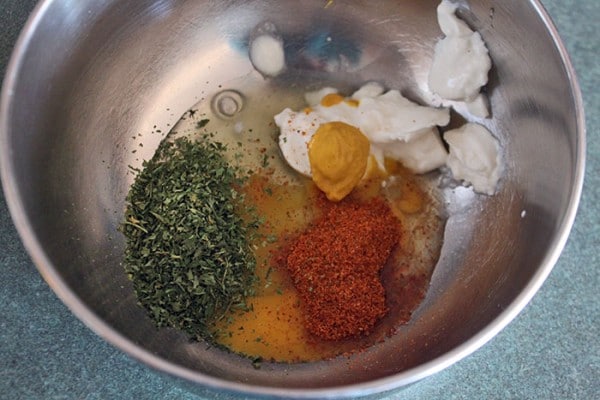 Whisk until everything is well combined. 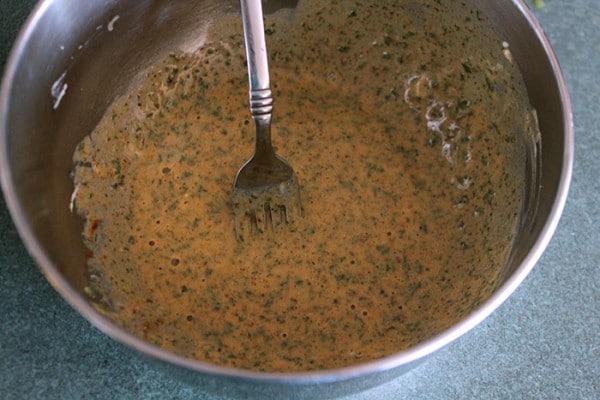 Tear the bread into small pieces. 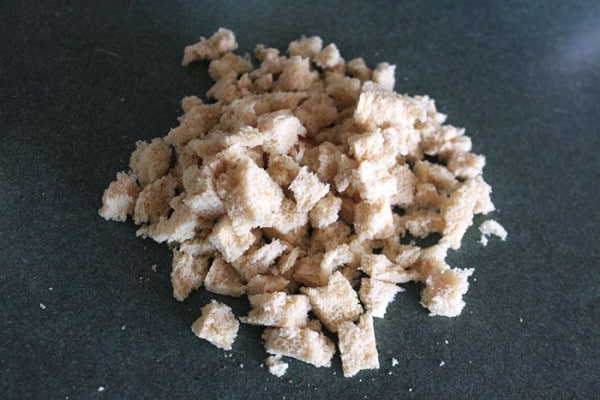 Add the bread and crabmeat to the egg mixture and toss everything together. 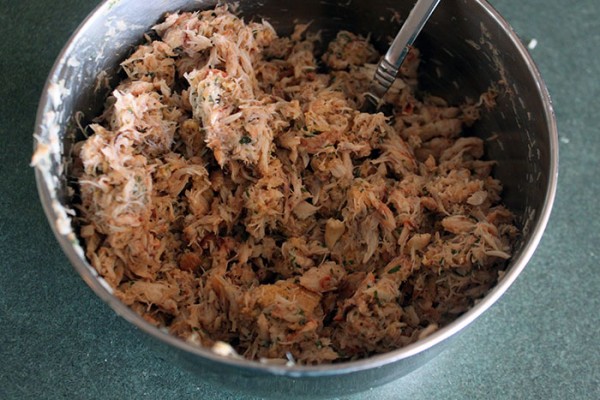 Form into 20 balls and place them on a cookie sheet sprayed with non-stick cooking spray. 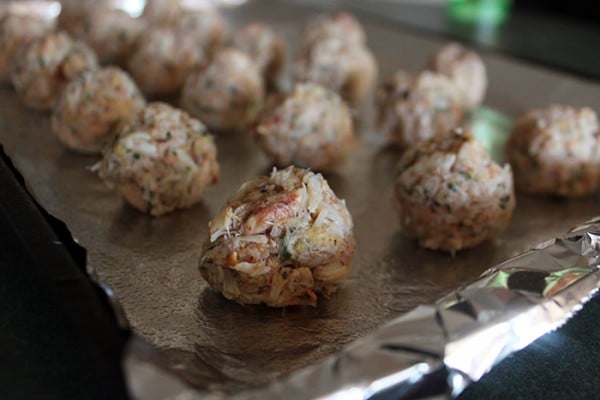 Place them under the broiler for 10 minutes. I leave the oven door open slightly to not only keep an eye on them but to keep the temp at bay as my oven runs really hot. 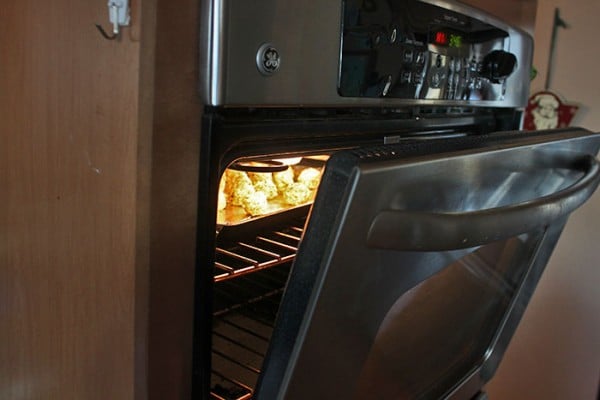 Remove from oven and let them cool for a minute or two on the cooke sheet. 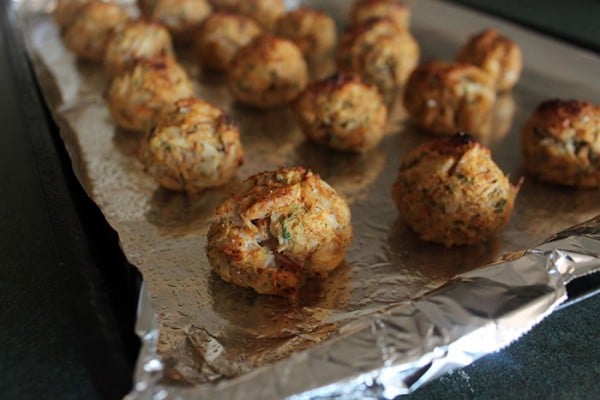 Transfer to a fun plate and wow your friends and family. 🙂

They are so easy yet so impressive for some reason.

Oh and much lighter than I anticipated!