I don't normally post anything here on GreenLiteBites I didn't cook in my own kitchen but today I'm making an exception.

Last week I was on my first cruise thanks to Princess Cruises and The American Heart Association. Part of my adventure included a shore excursion at both ports of call (Grand Cayman and Cozumel) and one of the options was a Mexican cooking class.

I was all about it and brought Mom along for the ride! 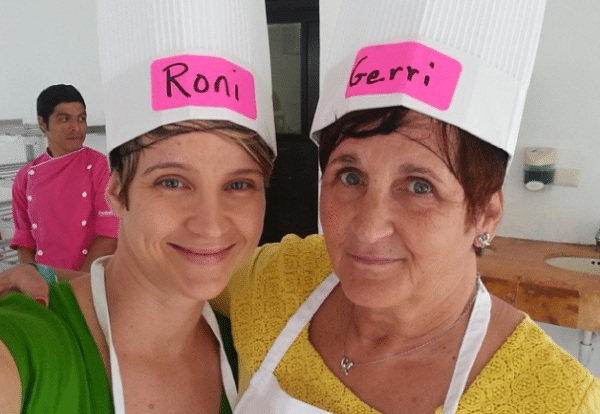 We made a 3-course meal but today I'm only going to share the appetizer which was, by far my favorite part of the class. Mostly because I never heard of sope before and I ABSOLUTELY LOVED IT!

A sope is a traditional Mexican dish served on -- for lack of better words -- a thick tortilla shaped into a bowl. I believe it's normally topped with beans or chicken, lettuce, onions and cheese but we used small shrimp in the class and they were delicious.

This dish was also my first experience using chipotle peppers. Why I was hesitant with them, I never know. I am now IN LOVE and already bought a small can for my pantry. 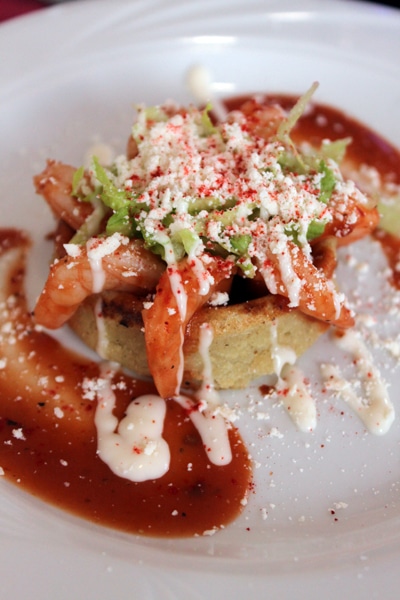 I'm going to share the recipe as it was provided but unfortunately I don't have photos of all the steps. It's much easier to manage the camera when cooking on my own than in a class with a funny chef running around instructing and trying to keep 20 students on course.

Here's what we did…

In a bowl add the corn flour, wheat flour and a pinch of salt.

Mix adding water until you get the consistency of Play-Doh.

Using your hands, roll the dough into 4 small balls.

Press with the bottom of a pot or a plate to flatten the balls. (we used a tortilla press but I'm going to assume you don't have one. I don't!) 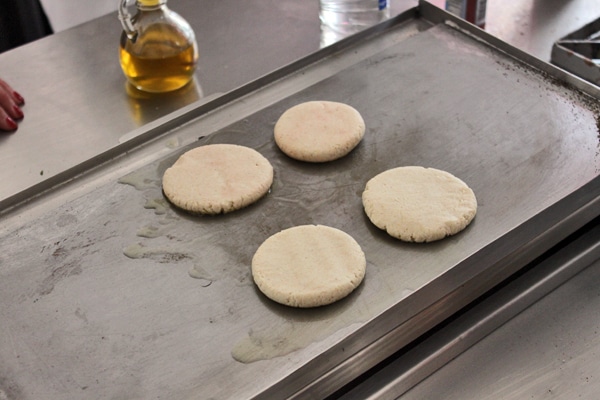 Note: We used a bit of olive oil. Spray would work, too.

Warm in a non-stick pan, flip when it dries and begins to brown. Then form into a little bowl using your fingers. Be careful, it's hot! 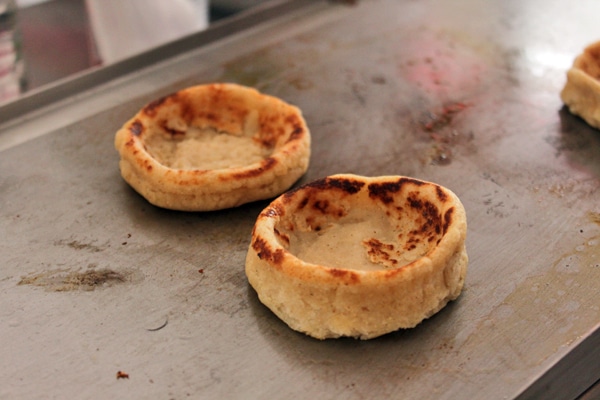 Blend the can of chipotle peppers and its sauce until it's smooth.

In a small pan cook the shrimp in a teaspoon of olive oil until they turn pink.

Add the tomato puree and the chipotle sauce to taste (it's spicy!). We used about half.

Add the tablespoon of heavy cream and salt and pepper to taste.

Stir well and cook until hot.

(Sorry, I have no photos of this. We were moving quickly as small shrimp don't take long to cook at all.)

Arrange the shrimp on the sopes. 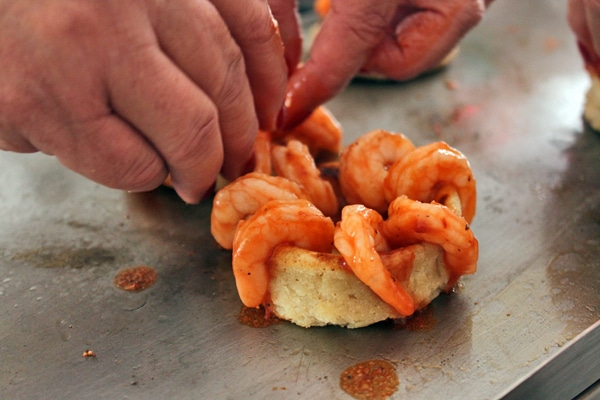 They already looked so pretty. 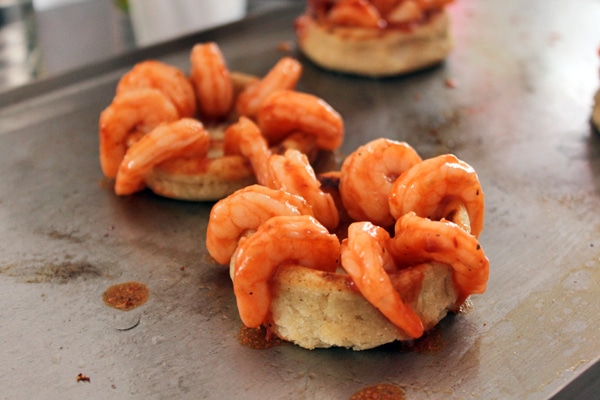 Top with shredded lettuce, a drizzle of cream and the cheese. 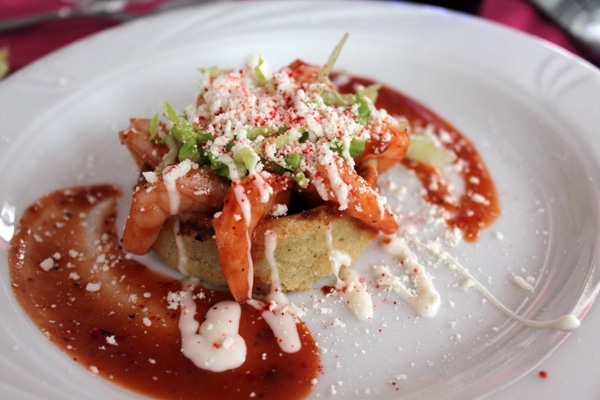 Gorgeous! I can't believe I made that!

And it was so fun to eat! 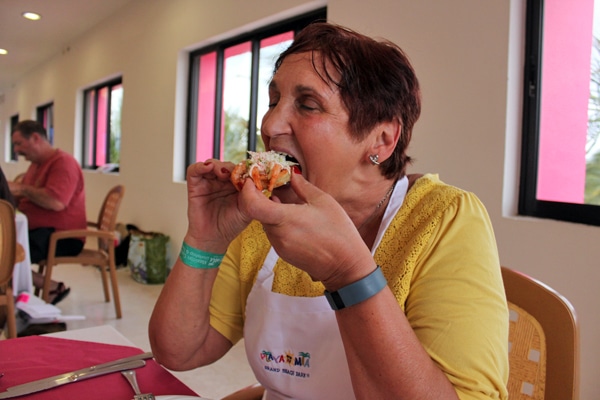 The shrimp really worked with the spices and tomato sauce they were cooked in, the lettuce added that slightly crunchy texture and the cheese and cream lightened everything up. I thought I wasn't going to like the thick corn base but it was really delicious. I hope to make this one again! Maybe a fun Mexican dinner party.

Maybe one day I'll have a dinner party! lol

Nutritional info is hard to estimate as most of the sauce stayed in the pan. Actually one of the instructors was making fun of me because I made a sad face when he took it away. I kept "tasting" it. I couldn't believe how good it was. Here's my best guess…

For more information on the Princess Cruise Excursion I took that included this cooking class click here.