Last year I discovered something magical in the realm of home cooking and feeding little people:

Well, skewers, but whatever.

One day I made Maple-Ginger Chicken on a Stick and both kids loved it! So I decided to give it another try -- this time with a new marinade because I have a hard time making the same thing twice.

Anyway, I don't have the best photos but here is some proof that my kids happily ate their grilled chicken dinner once again. 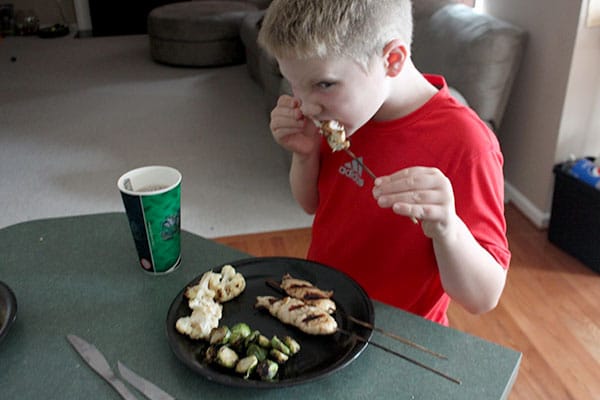 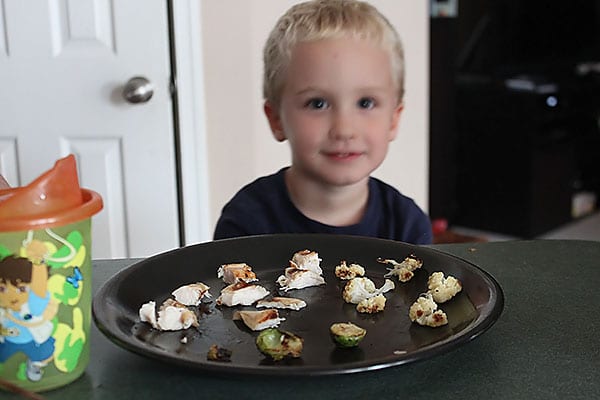 Don't be thrown off by the lack of stick on the 3-Year-Old's plate. I gave him the option of eating off the stick or having me cut it up. He chose cut up, surprisingly.

You could marinate your chicken in anything you like. Even store-bought dressing would work but I've weaned myself off things like that. I'd much rather keep more basic ingredients in my panty like lemon juice and soy sauce that I can use for a wide variety of things. 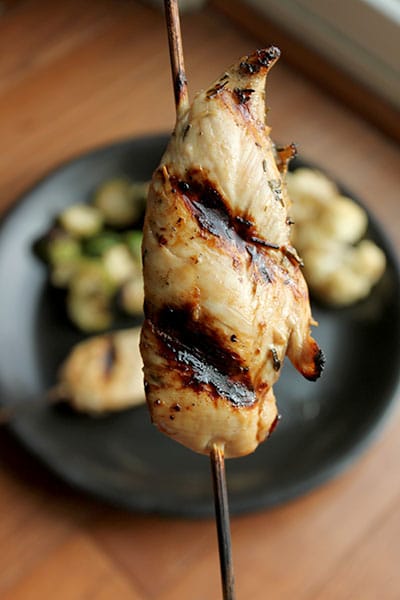 This marinade is super simple and gives a great flavor to the chicken without overpowering it. I also reserved some of the marinade to flavor the Brussels Sprouts and it was a yummy, complimentary side dish!

Mix the lemon juice, lime juice, soy sauce, honey and thyme in a bowl large enough to hold the chicken.

Add the chicken and toss so everything gets coated. Let it marinate in the refrigerator for at least 30 minutes if not longer or overnight. 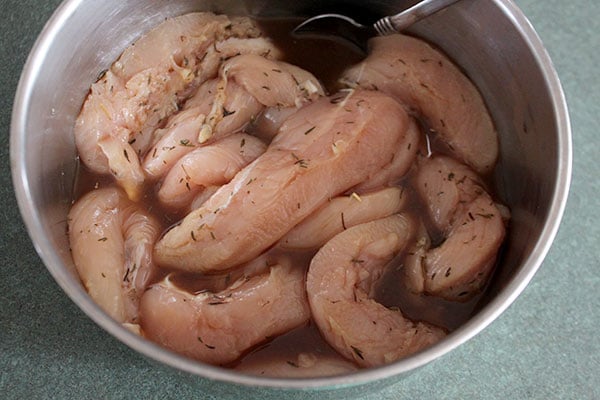 Thirty minutes before cooking, bring the chicken out of the refrigerator and let the chicken sit out at room temperature.

Skewer each tenderloin upwards on the sticks. If you were smart, you'd soak the sticks in water for about 30 minutes as well. I forgot to do this and some of my sticks became casualties of the grill. 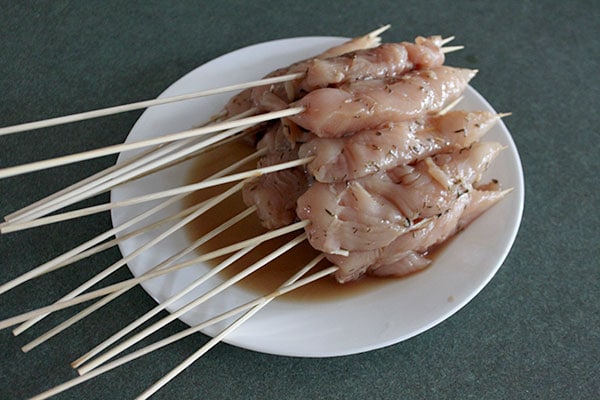 I put the Brussels sprouts that were tossed in the marinade in a vegetable tray on a preheated grill over low heat for 20 minutes before adding the chicken. 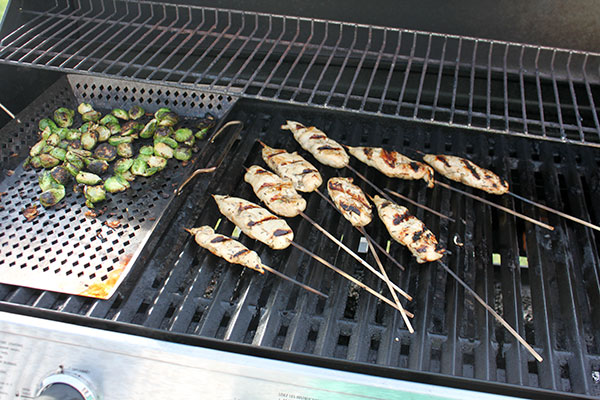 To cook the chicken, make sure the grill is nice and hot. Then rub oil on or spray the grates. Place the chicken on in batches and cook for about 4 minutes a side over medium-low flame.

The chicken will be firm to the touch when done. Cut one in half and make sure you see no more pink but try not to overcook them.

Remove them from the grill and let rest for a few minutes. 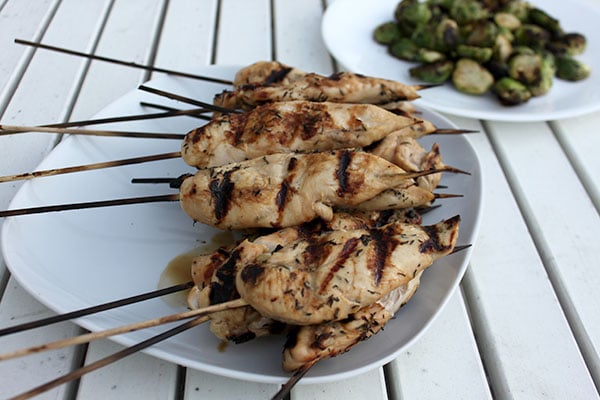 Along with the chicken and Brussels sprouts I served some leftover grilled cauliflower from the night before. 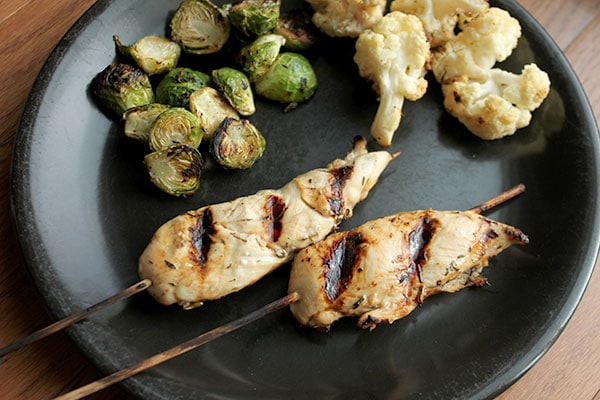 It was a grill-tastic meal!

I made 2 pounds thinking we would have at least some leftover for a salad the next day.