Swiss chard may be my least favorite thing to get in the my CSA box. It's not that I don't like it, I'm just not as inspired by it as I am with kale or spinach. It has a stronger taste than other greens, and getting it in the family is damn near impossible unless I really hide it in something.

The last few times I prepared it using Elise's Swiss Chard recipe and although it was good, there are only so many times I can make it and be the only one eating it at dinner. (Both times all three boys had a "try bite" but that was the extent of their chard consumption.)

So when I got another 2 bunches on Thursday, I decided to try something new.

Along with the chard we got these amazing looking radishes and a bunch of parsley. 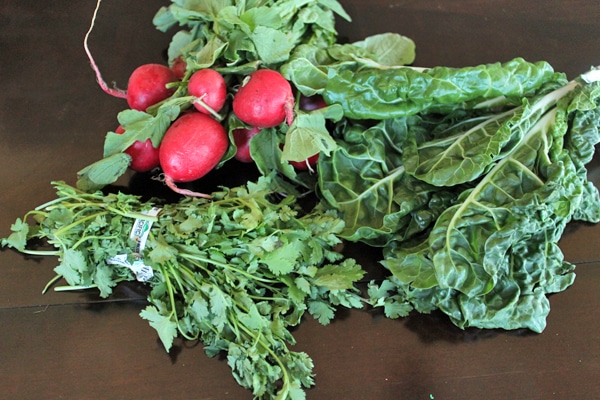 I immediately thought of a tabouli salad but I didn't have any bulgur.

Why not make a tabouli-inspired salad with quinoa?

So that's what I did and I actually got the family to eat some as a side dish on Thursday night! Well, kind of. The 3-year-old liked the plain quinoa but when he got some mixed together as a salad he said it was "yucky." The 8-year-old ate it with some coaxing but the fact that he actually consumed more than a bite tells you it wasn't that bad. And the Husband said he liked it but it was a little too lemony for his taste.

Hey, I'll take it. All of it. They just consumed quinoa, chard and radishes without any crazy looks or tantrums. I'm wearing them down slowly! 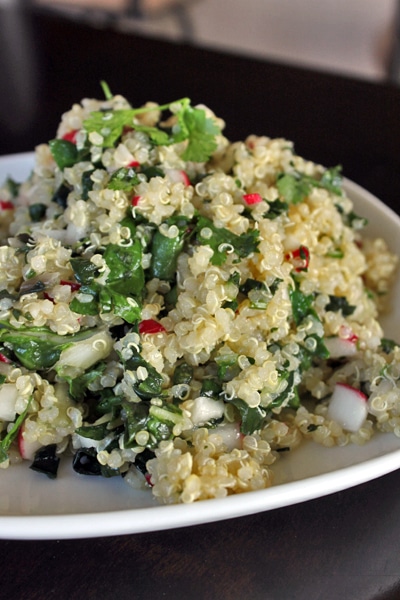 I decided to make a larger batch for me to eat throughout the week for lunches and that's what I'm sharing today.

Prepare the quinoa according the package.

The secret is to bring the water to a boil then weigh out the quinoa to the gram. Add the quinoa to the boiling water, stir, cover, lower to a simmer and then leave it alone! After about 12 minutes you will get perfectly fluffy, cooked quinoa! 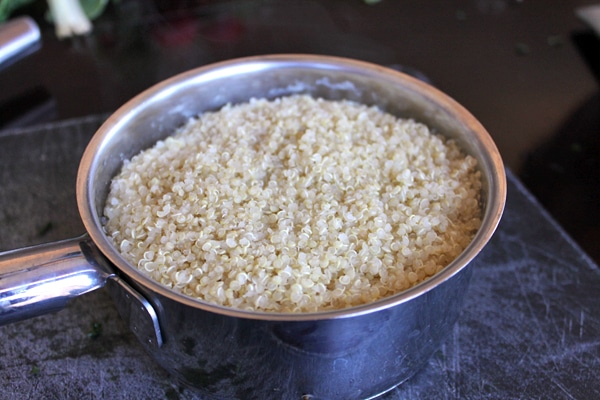 While the quinoa is cooking, prepare the rest of the ingredients. 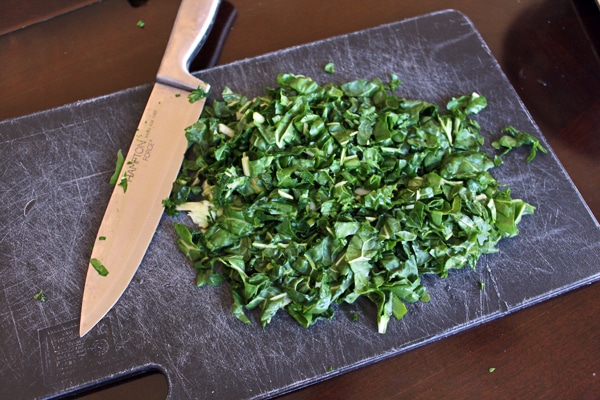 the parsley and the radishes.

Prepare the dressing by whisking the lemon juice with the oil, salt and honey until everything is dissolved.

Once the quinoa is done, toss it with the chard and half the parsley. 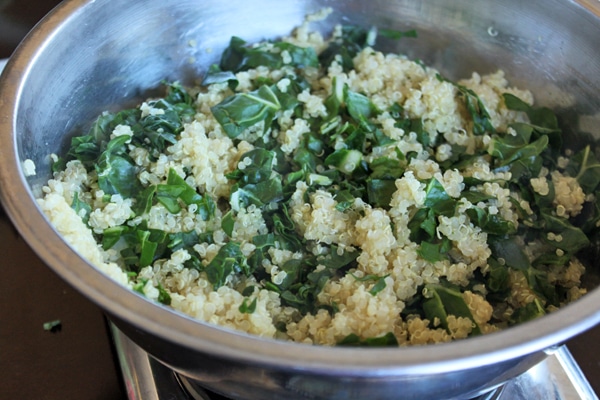 The heat from the quinoa will, in essence, cook the chard making it wilt just enough.

After letting it cool for a minute or 2 add the rest of the parsley, radishes and the dressing. 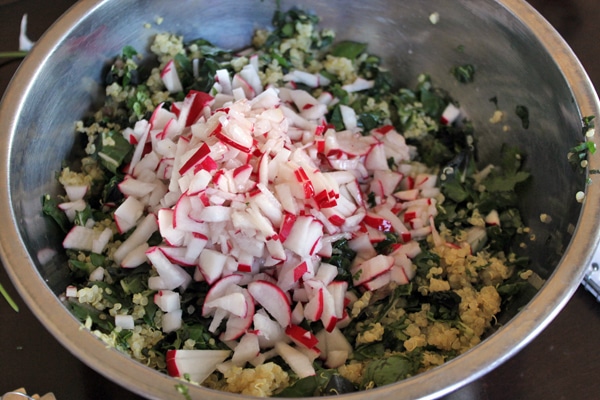 Toss to combine all the flavors. 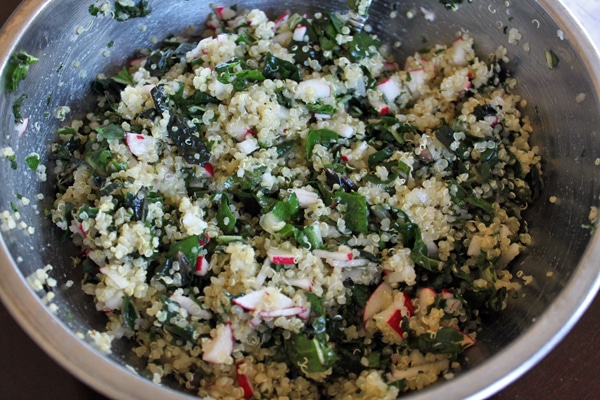 Pile on a plate and enjoy it sightly warm. 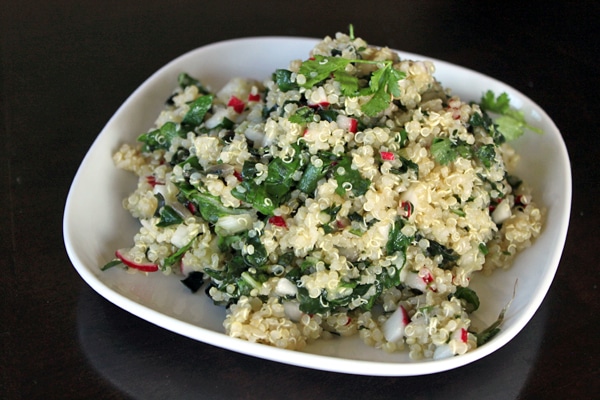 Or chill it in the fridge. 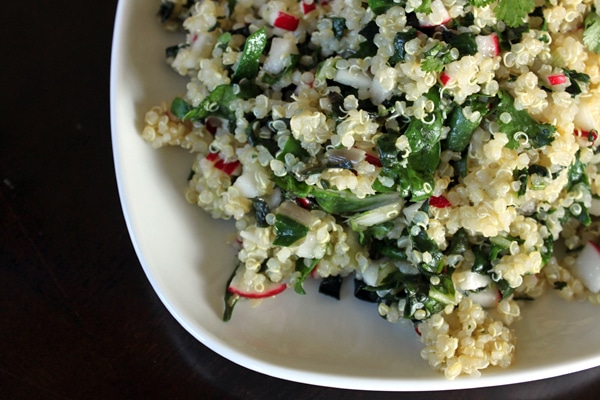 Either way, it's yummy. I'm eating some leftover right now. I love the crunch the radish adds, and the dressing is so light it just lets all the ingredients really shine. Nothing really overpowers. It's just a tasty way to eat your greens!

Note: That's 2 cups pictured but I'll provide the nutrition info per cup in case you want to use it as a side dish instead of a meal.

« Roasted Honey-Lemon-Pepper Chicken Breasts
"Healthy" Brownies made in the Blender in Minutes! »